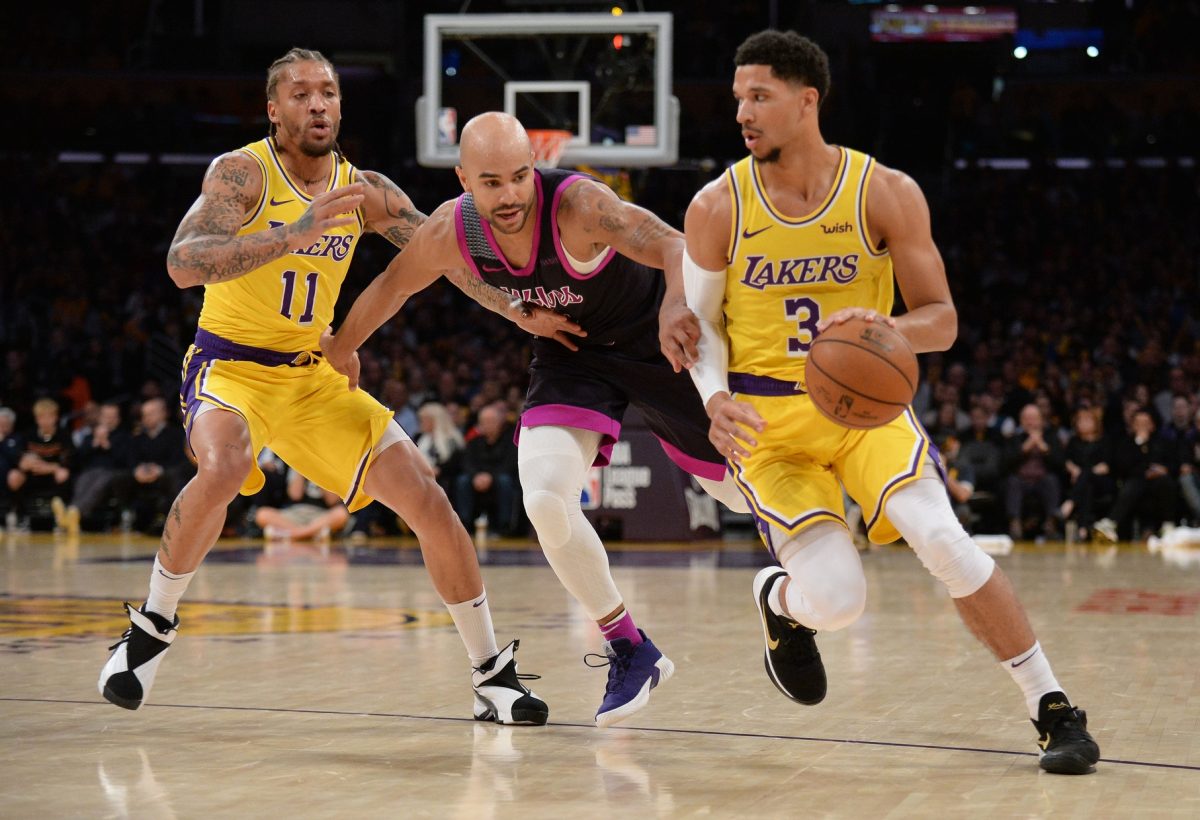 Many NBA fans believed that Michael Beasley was destined for greatness in the league after he was drafted with the No. 2 overall pick by the Miami Heat in the 2008 NBA Draft following an amazing freshman season at Kansas State University.

However, he was unable to live up to the hype as multiple issues derailed his career. While Beasley hasn’t retired, he hasn’t played in the league since the 2018-19 season.

Despite that, current NBA player Josh Hart praised Beasley on Twitter recently with a strong statement.

Someone needs to sign this man asap. Most talented hooper I’ve seen https://t.co/IJWKrLtDo0

During his time in the league, Beasley has averaged 12.4 points, 4.7 rebounds and 1.3 assists per game while knocking down 46.5 percent of his shots from the field and 34.9 percent of his attempts from beyond the arc.

He’s played for a total of seven NBA teams, and he’s shown at every stop that he is very good with the ball in the hands.

A few of months ago, Beasley opened up about the troubles he faced while he was a member of the Los Angeles Lakers. It’s clear that many personal issues off the court haven’t allowed him to reach his full potential on the court.

Despite being out of the NBA for a while now, Beasley has shown no signs of slowing down. One can only wonder if an NBA team will give him a shot, as training camps are set to open next month.

As for Hart, he’s preparing for his first full season with the Portland Trail Blazers. He was acquired by the team last season in a trade with the New Orleans Pelicans. He holds career averages of 9.9 points, 5.7 rebounds and 2.1 assists per game.

He’s surely hoping to help Portland make it back to the postseason after a very disappointing 2021-22 campaign.