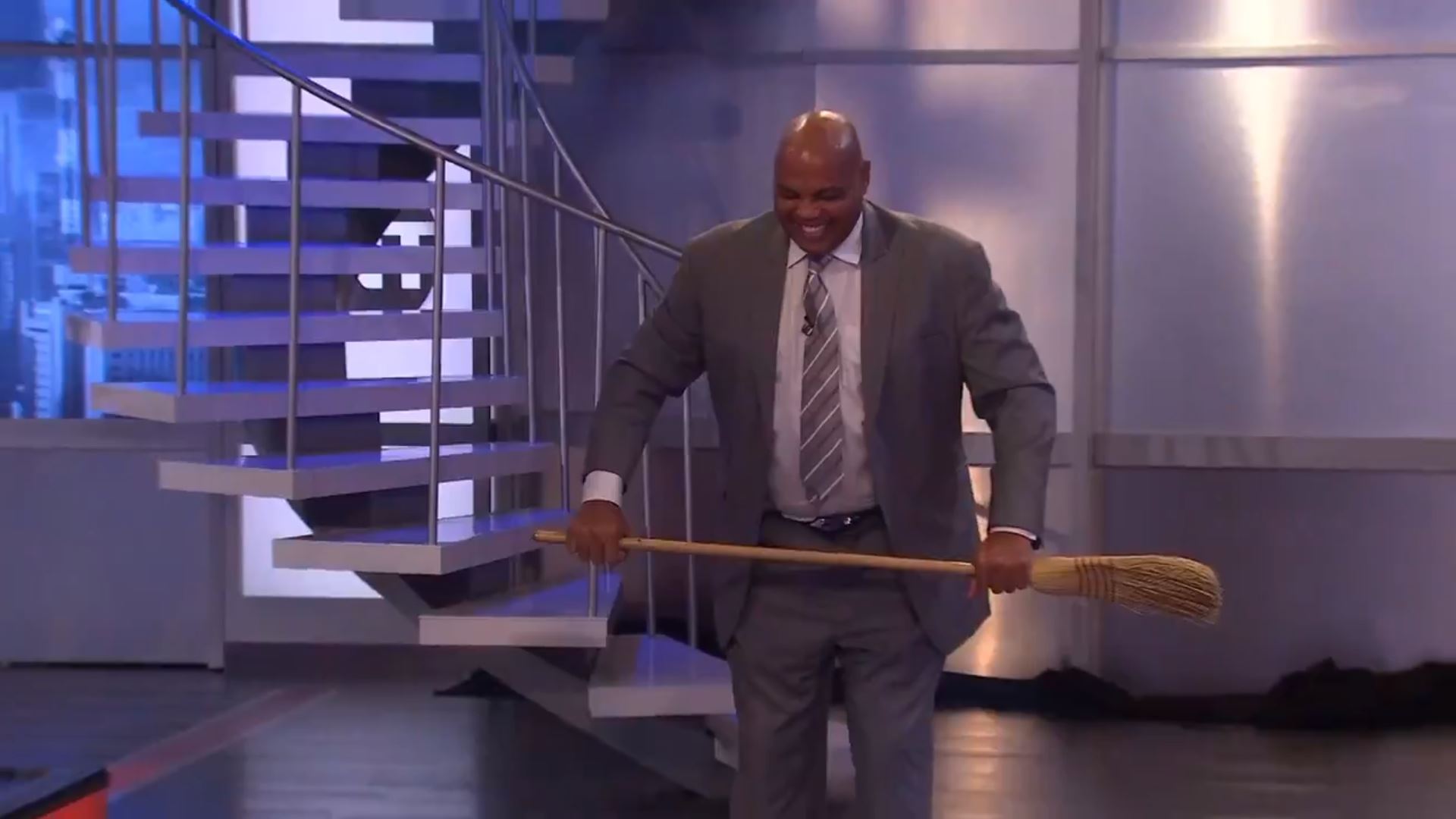 When the Los Angeles Lakers began their first-round playoff series against the Portland Trail Blazers, Charles Barkley of TNT’s “Inside the NBA” boldly proclaimed that Portland would overcome LeBron James and company.

Although Barkley was proven wrong on Saturday when L.A. advanced past Portland, he did manage to win a bet with former Lakers legend Shaquille O’Neal.

The Blazers began the series by surprising L.A. with a 100-93 win, and Barkley celebrated by bringing a broom onto the set of his show.

But L.A. responded with a 111-88 Game 2 blowout, and O’Neal showed his Lakers loyalty by breaking Barkley’s broom on live television after the game.

In the ensuing three games, James made sure the Blazers wouldn’t have any chance of even competing. The four-time MVP had at least 30 points in each contest, as L.A. won all three and took the series.

After a weak Game 1, big man Anthony Davis also dominated for the Purple and Gold to help them bring home the series.