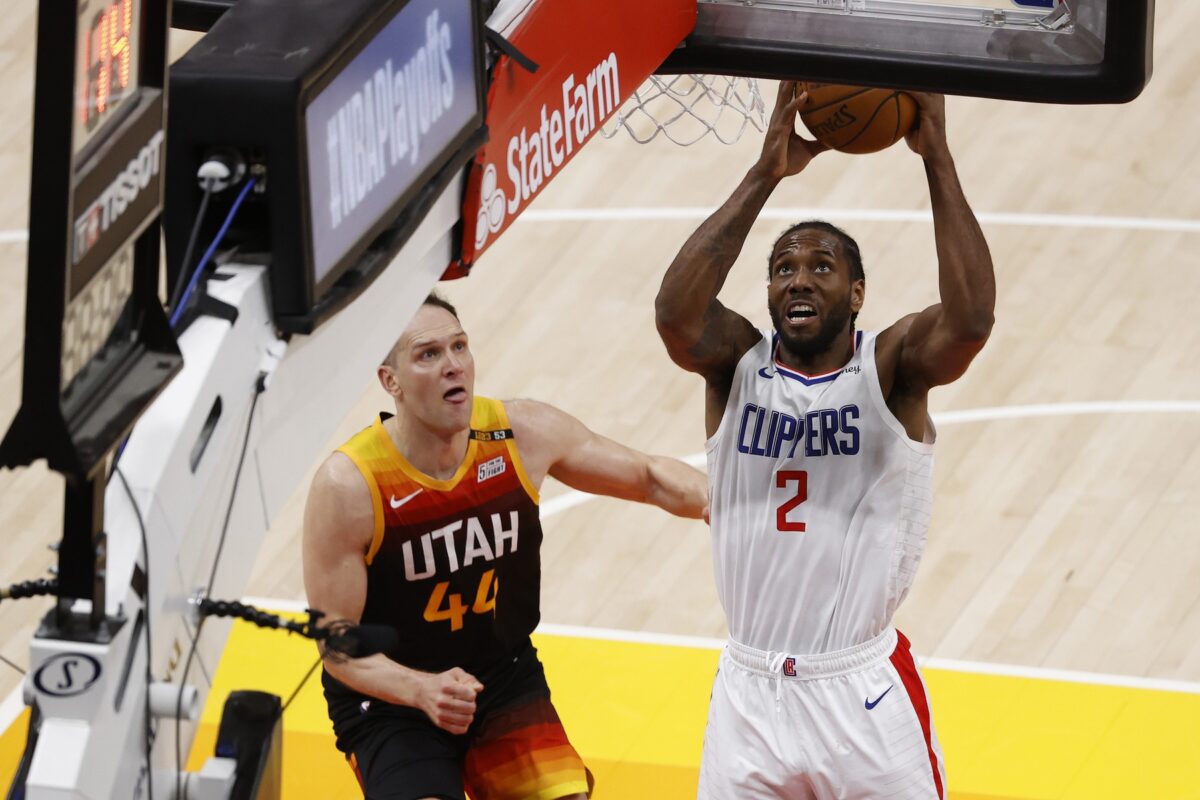 The Los Angeles Clippers are facing a 2-0 deficit for the second time this postseason.

The team has a couple of days to regroup before Game 3. Clippers star Kawhi Leonard believes his squad is still capable of putting up a fight against the top-seeded Utah Jazz.

“We all got to put our will out on the floor,” Leonard told reporters. “You know, see what we did in the first two games and try to limit our mistakes and just keep going on from there pretty much. We’ll see [on Friday] what we got to do, and we’ve got a lot of fight left. So you know, we’re up for the challenge.”

In Game 2 on Thursday night, the Clippers almost mounted a successful comeback after trailing 76-55 early in the third quarter. They even held a 101-99 lead with 6:37 remaining in the game. But the Jazz went on a 14-2 run to seal the win.

Leonard is averaging just 22.0 points per contest in the series and will likely need to score more for Los Angeles to have a shot at upsetting Utah.

Games 3 and 4 will be played in Los Angeles as Staples Center.