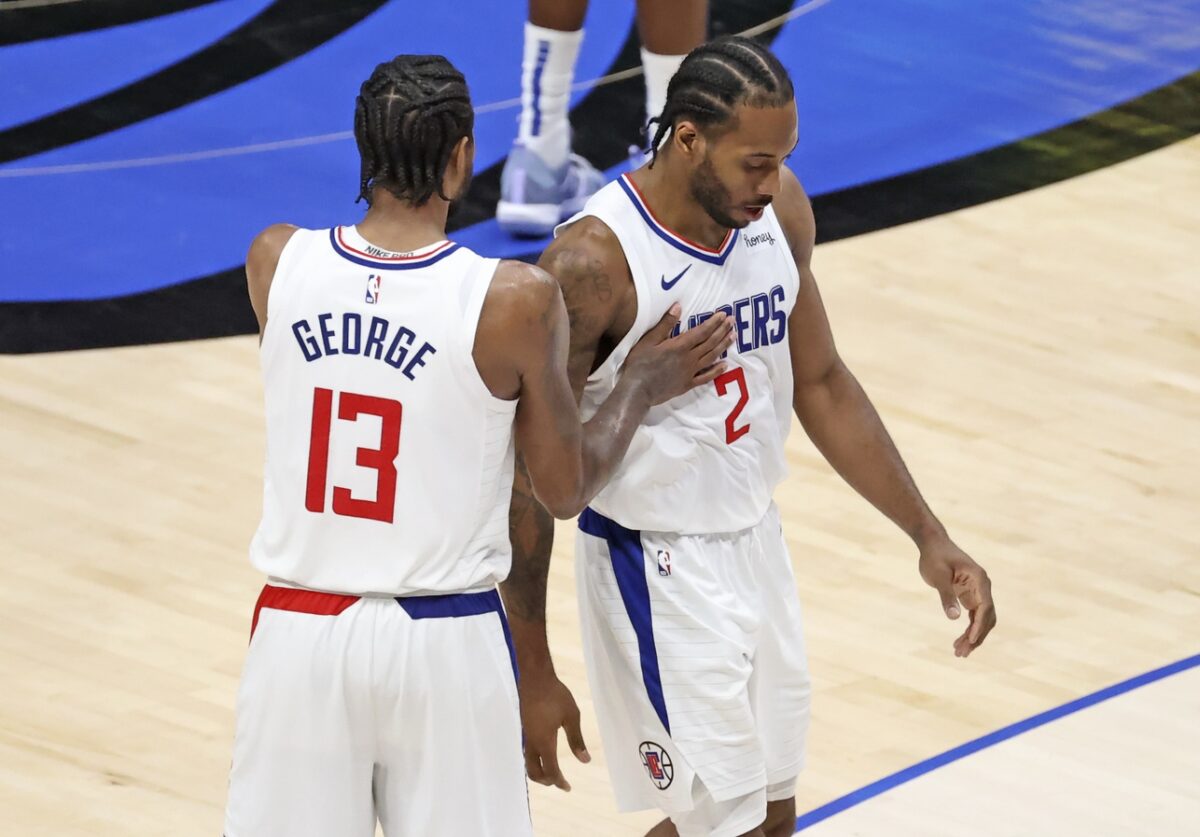 According to a recent report, a handful of NBA executives believe Los Angeles Clippers superstar Kawhi Leonard will remain with the team beyond this season.

“With Leonard’s future and the team’s long-term title chances hanging in the balance, HoopsHype polled five NBA executives for their thoughts on what Kawhi will do in free agency and what to expect from the Clippers this offseason with several key players entering free agency,” wrote Michael Scotto.

“All five of the NBA executives polled believe Leonard will ultimately remain with the Clippers after his free agency concludes and look to run it back with [Paul] George and compete for another shot at the championship.”

Leonard, 30, has a player option for the 2021-22 season. He could exercise the option or opt out of the final year and return to the Clippers on a restructured deal. He could also look for a deal elsewhere in the league. There’s no doubt many teams would be interested if he were to do so.

Leonard missed all of the 2021 Western Conference Finals due to a knee injury. His absence was felt, as the Clippers were eliminated by the Phoenix Suns in six games.

The five-time All-Star was having a phenomenal postseason before the injury. Over 11 games, he averaged 30.4 points, 7.7 rebounds and 4.4 assists per game while shooting at a ridiculous 57.3 percent clip.

Leonard’s time with Los Angeles has been filled with the Clippers coming up short, but none of that has been a product of his performance.

As a member of the Clippers, Leonard has averaged 26.0 points, 6.8 rebounds and 5.0 points per contest.

He is already a two-time NBA champion, and it sounds like he’s expected to return to the Clippers to chase his third ring.