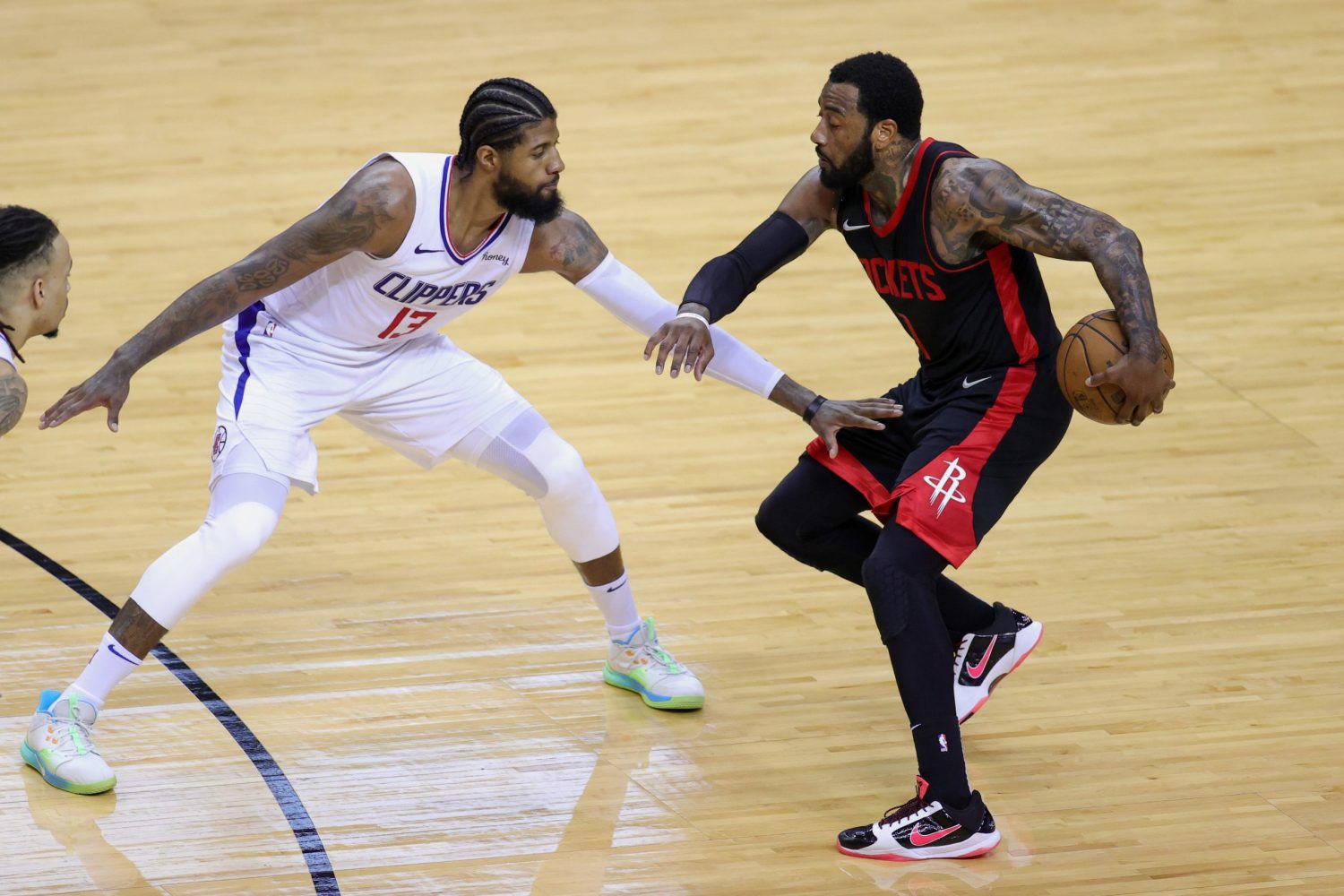 It has been a rough season for the Los Angeles Clippers.

With Kawhi Leonard on the shelf and Paul George also missing time, the team has struggled to stay afloat.

To NBA some fans, the Clippers might seem like an obvious team that should punt on its season at the trade deadline, but interestingly, L.A. apparently had “genuine interest” in adding a big name at one point this season.

John Wall of the Houston Rockets reportedly was on the Clippers’ radar.

“The reality is that with two seasons remaining on his contract (and 2022-23 being a player option for more than $47 million), the pickings are slim,” wrote Kelly Iko of The Athletic. “Houston has recently received calls from a handful of teams about potentially acquiring Wall, sources tell The Athletic, but due to the aforementioned contract constraints, rival teams continue to simply monitor the situation. One such team that had expressed genuine interest earlier in the season was the LA Clippers, sources say, but there is some confusion from an outsider’s perspective on the Clippers’ objectives heading into the deadline.”

It’s unclear whether or not the Clippers are still interested in adding Wall. The veteran hasn’t appeared in a game this season for Houston.

Last season, Wall saw action in 40 games. He maintained averages of 20.6 points, 3.2 rebounds and 6.9 assists per game while shooting 40.4 percent from the field and 31.7 percent from 3-point range.

The Clippers aren’t likely to challenge for this season’s NBA title unless their two superstars return to action. As it stands now, the team is 23-25 on the season, which is good for the No. 9 spot in the Western Conference.

That’s obviously an underwhelming place to be, but it’s worth noting that L.A. would make the play-in if the season were to end today.

If nothing else, acquiring Wall would add some intrigue to the remainder of the Clippers’ season. Regardless of whether the five-time All-Star has much left in the tank or not, Clippers fans would surely tune in to see the 31-year-old play.

Wall has played for just two teams throughout his career so far. Time will tell if that changes in the near future.