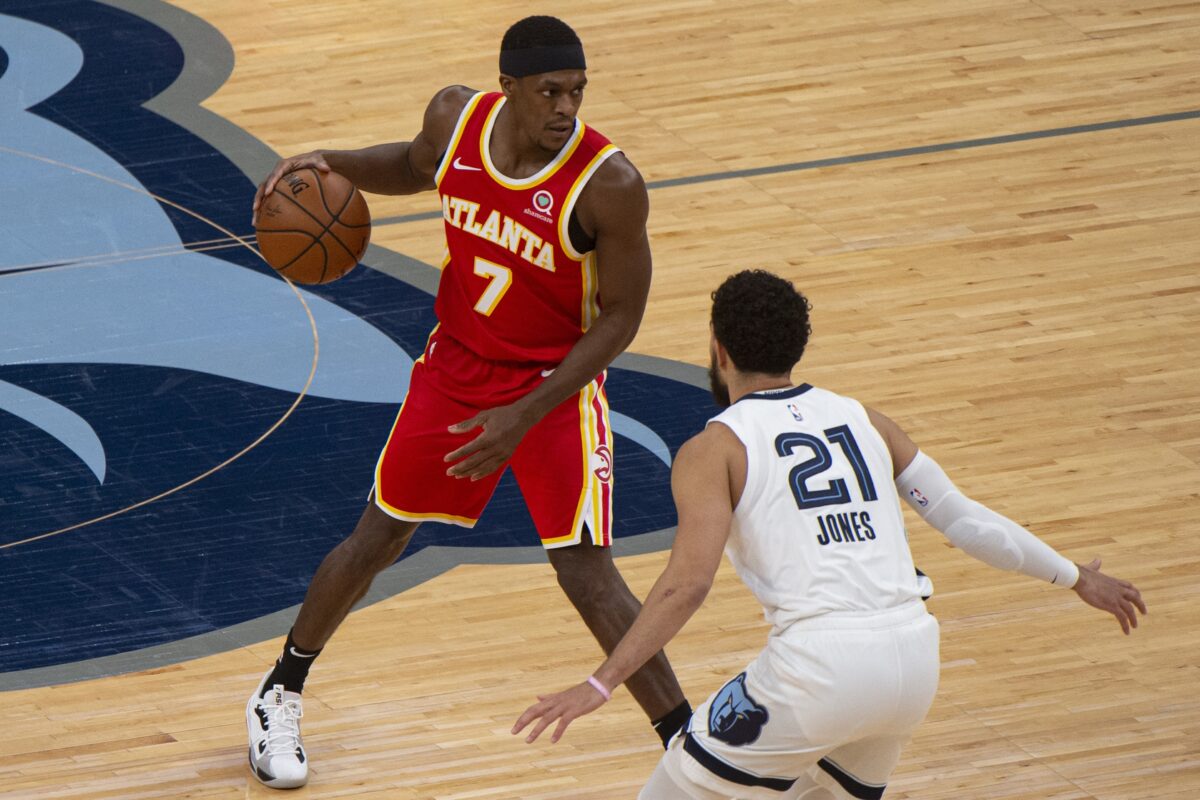 The Los Angeles Clippers made a surprise move a few hours before the NBA trade deadline by trading away fan-favorite Lou Williams to acquire veteran point guard Rajon Rondo.

The front office reportedly coveted the two-time champion as it hopes he will bring the team’s offense to another level.

“While Williams was the Clippers’ third-leading assist man (3.4 per game behind Kawhi Leonard and Paul George), his score-first style is entirely different than the pass-first Rondo,” wrote Sam Amick of The Athletic. “The Clippers’ hope, sources say, is that Rondo will have a rising tide kind of effect on the offense of Leonard, George, Marcus Morris, Serge Ibaka and all the rest of their best scoring options.”

Rondo is currently having one of the worst seasons of his career. He is averaging just 3.9 points and 3.5 assists per game, both career-lows. However, he is known for turning it up in the postseason, where he is dishing 9.0 assists per contest in 121 career playoff games.

Just last season, he was instrumental in the Los Angeles Lakers’ playoff run, which ended in a championship.

Currently, the Clippers are tied for the second-best offensive rating in the league. But they are just 24th in assist percentage. This is where Rondo’s renowned playmaking could provide the team a boost, especially in the playoffs.