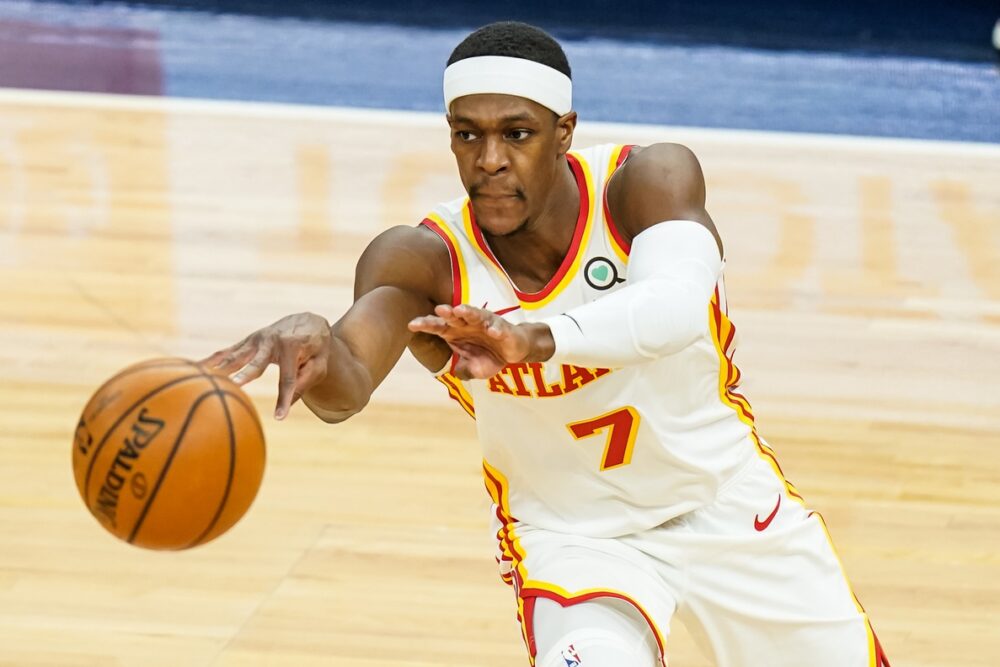 Rondo, who won a title with the Los Angeles Lakers last season, signed with the Atlanta Hawks this offseason. Now, he’ll end up back in L.A. on another title contender.

Clippers are finalizing a deal to acquire Rajon Rondo from Atlanta for Lou Williams, two second-round picks and cash, sources tell me and @sam_amick.

Last season during the Lakers’ title run, Rondo averaged 8.9 points, 6.6 assists, 4.3 rebounds and 1.4 steals per game. He was a very valuable piece when it mattered most.

While the Clippers are headlined by the star duo of Kawhi Leonard and Paul George, they have been actively looking to improve their point guard position.

Though Rondo is certainly not the All-Star player he once was, he should still be a major addition to the team from a basketball and culture standpoint.