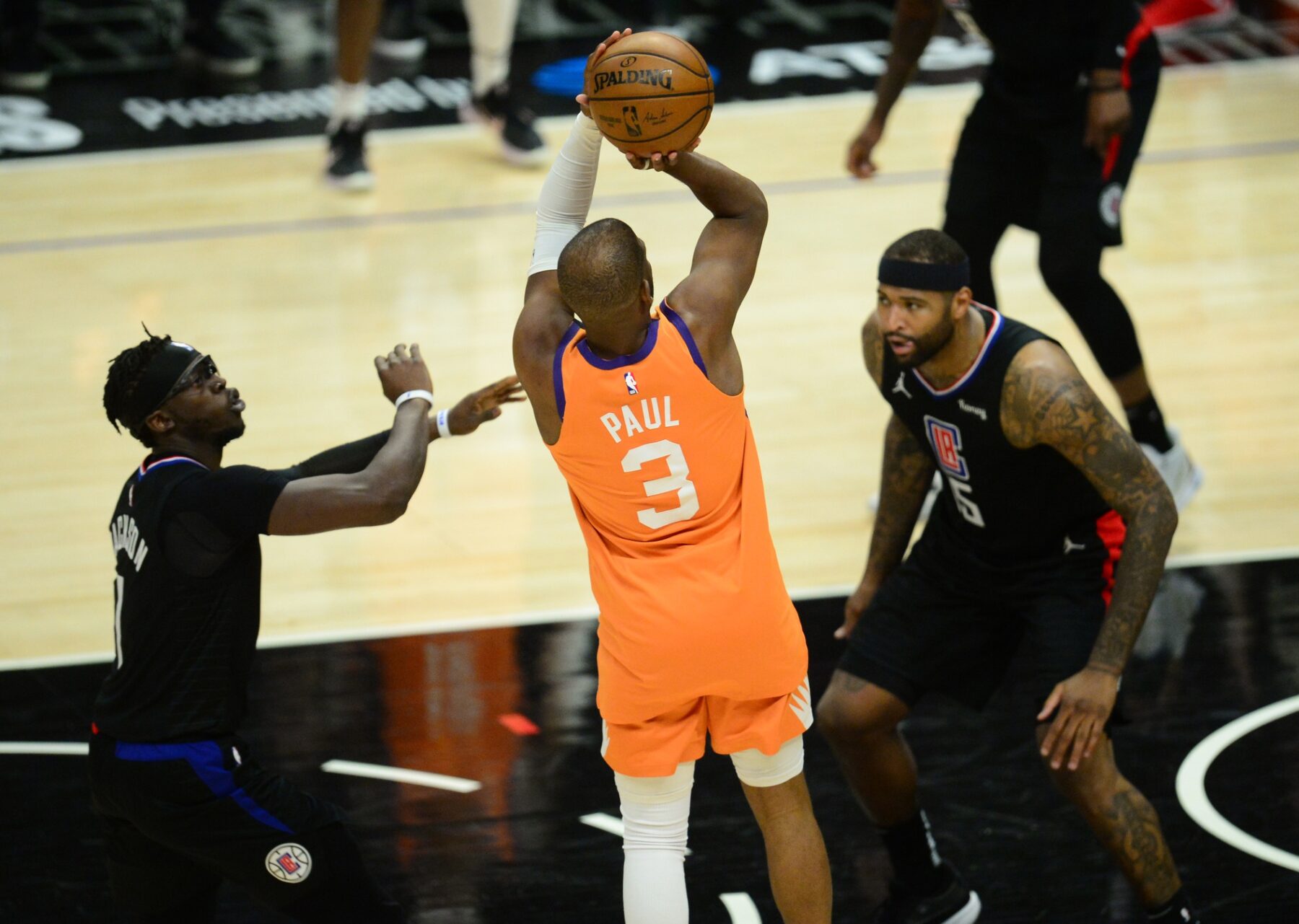 Los Angeles Clippers guard Patrick Beverley was suspended for one game after he shoved Chris Paul in Game 6 of the Western Conference Finals, but a report details what may have triggered Beverley.

Clippers guard Patrick Beverley has been suspended one game without pay for an unsportsmanlike act for forcefully pushing Suns guard Chris Paul.

According to NBA reporter Landon Buford, Paul made a comment directed at Clippers center DeMarcus Cousins that caused the scuffle.

CP3 told DeMarcus Cousins: “You bum ass nigga! That’s why my son got more money in the bank than you’ll ever have!”

Neither player has publicly revealed what happened in the sequence, but it is clear something must’ve been said to anger Beverley enough to shove Paul in such a manner.

The Phoenix Suns and Paul eliminated the Clippers in the Western Conference Finals and are now facing the Milwaukee Bucks in the NBA Finals.

Phoenix is trailing 3-2 in the series with Game 6 set to take place on Tuesday in Milwaukee.