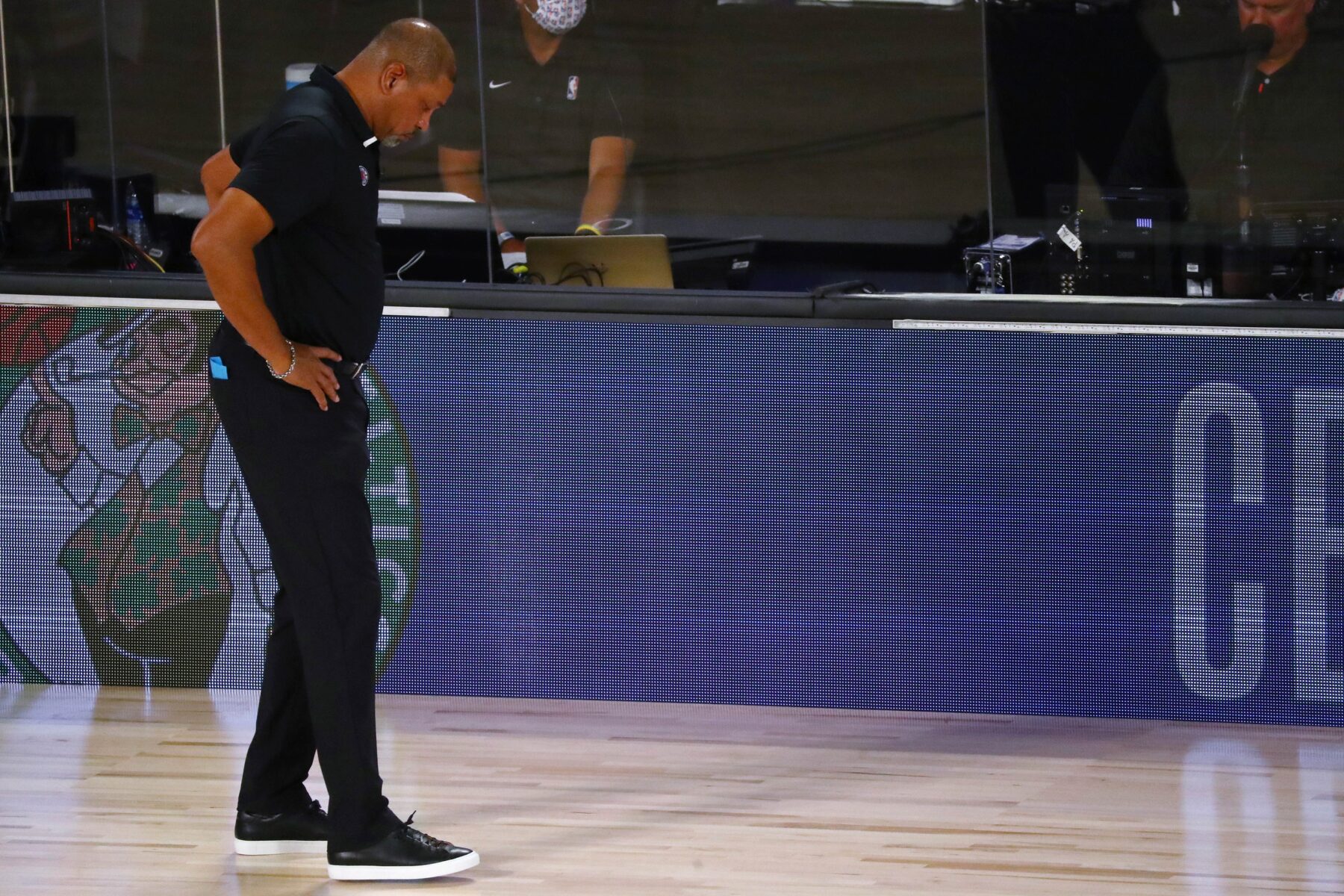 The Los Angeles Clippers are leaving the NBA bubble earlier than expected. The Denver Nuggets were able to defy the odds once again, taking down the squad led by Kawhi Leonard and Paul George in convincing fashion in Game 7.

In the aftermath of blowing a 3-1 series lead, the speculation has begun to run rampant about head coach Doc Rivers’ future. Although a strong case can be made for his dismissal following the playoff collapse, it appears he’ll be returning next season.

“The two stars — Leonard and George — are under contract for one more year, and then they each have player options for the 2021-22 season,” Chris Haynes of Yahoo Sports wrote. “Rivers is rightfully being criticized for his lack of adjustments in the series, but discourse on his job status is premature at the moment.

“Playing for Rivers was a major component in Leonard joining the Clippers. Rivers will be running it back next season, sources said.”

The clock is ticking for the Clippers heading into the offseason with their two star players under contract for only one more season. Leonard signed a three-year deal with the team in July of last year. Although he’s contractually committed for next season, the two-time NBA champion has a player option for the third year.

George’s contract situation with the Clippers is nearly identical to Leonard’s. The six-time All-Star is under contract for the 2020-21 season and has a player option for the 2021-22 campaign.

With the team’s high-priced talent having the ability to walk away after next season, the pressure is on the Clippers’ front office to make the right moves this offseason to secure its long-term future with its two stars players.