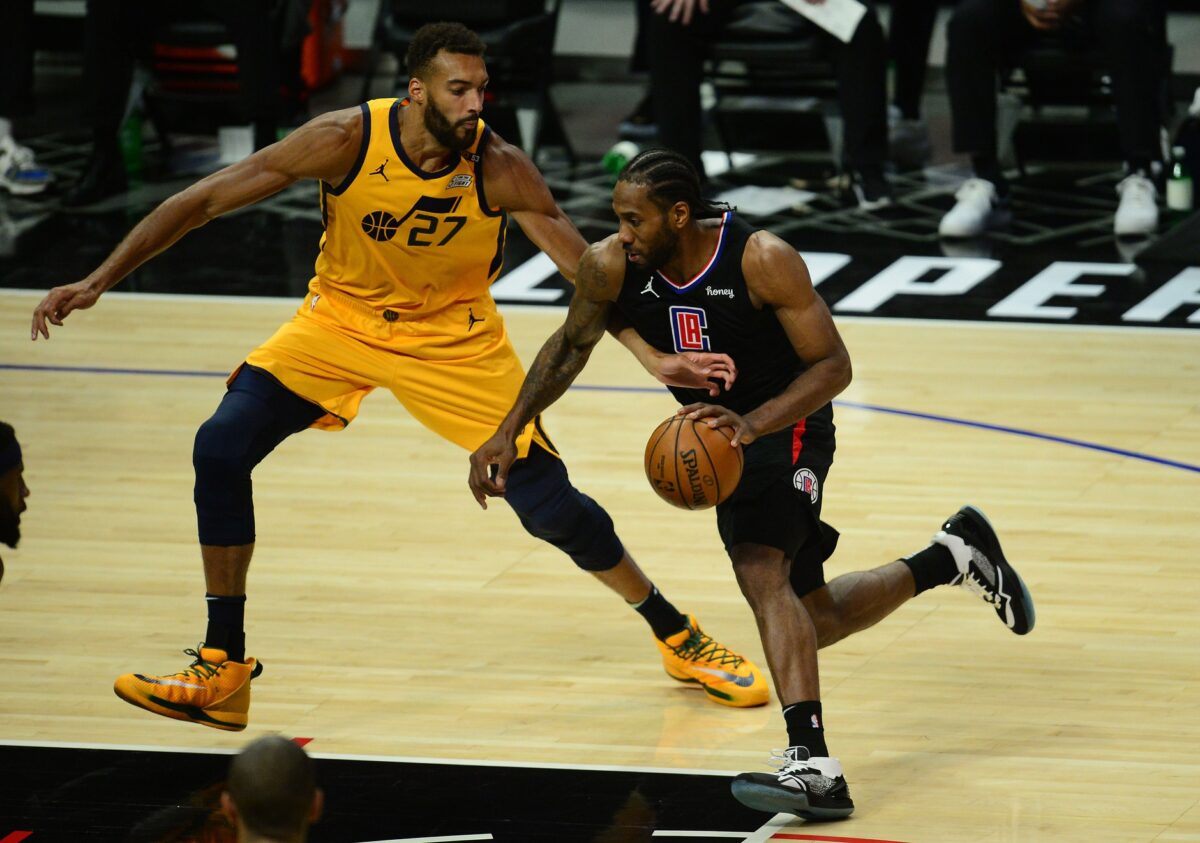 Los Angeles Clippers superstar Kawhi Leonard is expected to miss Game 5 of the second-round series against the Utah Jazz on Wednesday.

In addition, Leonard may miss the rest of the series due to a knee injury he suffered in Game 4.

Kawhi Leonard is expected to miss Game 5 against the Jazz tonight with a knee injury suffered in game 4, sources tell @ramonashelburne & me. His status for rest of series is in doubt as well.

Leonard told teammates last night to prepare for him to be out.

He landed awkwardly on a drive in the fourth quarter and grimaced in pain Monday night. He briefly stayed in game but didn’t finish as the Clippers secured the win to even series 2-2.

Leonard, 29, is notorious for resting and missing games due to injury.

Now, the Clippers will be without their star for one of the most pivotal games in franchise history. The Clippers and Jazz are tied at two games apiece in the best-of-seven series.

The forward has been stellar in the postseason, as he helped the Clippers escape the Dallas Mavericks in the first round. Leonard is putting up a monster 30.4 points, 7.7 boards, 4.4 assists and 2.1 steals per game in the 2021 playoffs.

The winner of the series between the Clippers and Jazz will take on Phoenix Suns in the Western Conference Finals.

Suns All-Star Chris Paul’s status for the upcoming series is also unclear due to coronavirus health and safety protocols.