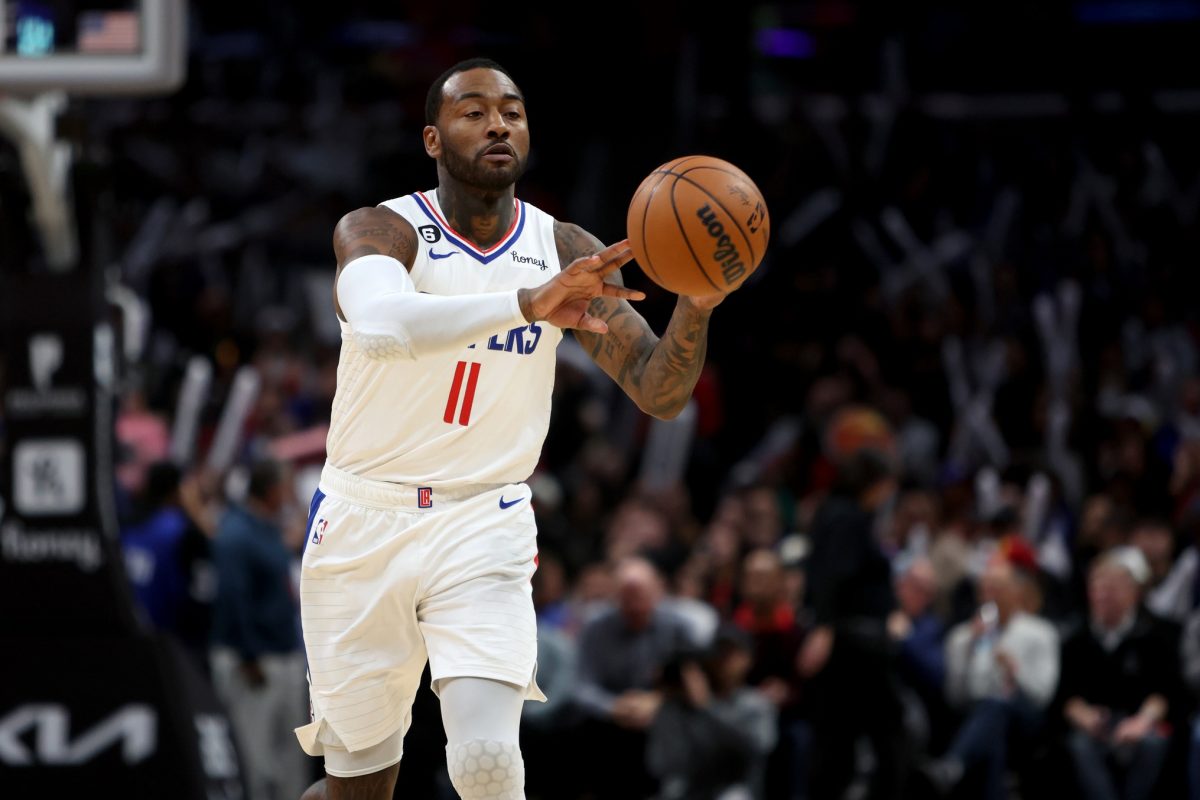 The Los Angeles Clippers have discussed John Wall in potential trades as the team looks to add frontcourt depth, according to a report.

Wall, who missed the entire 2021-22 campaign, is in his first season with the Clippers.

“The Clippers are searching for depth in the frontcourt and have discussed guard John Wall in potential deals, league sources say,” wrote Shams Charania of The Athletic. “Behind Ivica Zubac, the Clippers have relied heavily on two-way big man Moses Brown but have also looked into a more accomplished center.”

The Clippers have legitimate title aspirations this season,  but they haven’t exactly lived up to expectations so far. The team is just one game over .500 at 23-22 and currently holds the No. 6 spot in the Western Conference.

Wall, who’s currently dealing with an abdominal issue, has appeared in 34 games for the Clippers this season, starting three of them. He’s averaging 11.4 points, 2.7 rebounds and 5.2 assists per contest in the 2022-23 campaign while shooting 40.8 percent from the field and 30.3 percent from deep.

Overall, it has been an iffy season for the veteran, which is understandable considering the fact that he’s played in just 74 games since the end of the 2018-19 season. He may simply need more time to get his rhythm back.

Wall, who was the No. 1 overall pick in the 2010 NBA Draft, is a five-time All-Star. Those days are behind him, but he’s still just 32 years old, so there’s time for him to have several more productive seasons in the league.

The Clippers are hoping that their superstar duo of Kawhi Leonard and Paul George will lead them on a deep playoff run this season. Los Angeles has a very impressive supporting cast behind those two players, so the Clippers have a roster that is entirely capable of making some noise.

But some added frontcourt depth certainly wouldn’t hurt, and it sounds like the team is indeed looking to improve in that department. It’ll be very interesting to see if the Clippers do end up trading Wall away before the Feb. 9 deadline.

Wall’s contract runs through this season and has a club option for next season.

The Clippers will be in action on Tuesday night for a game against the Philadelphia 76ers. After that matchup, they’ll face the Utah Jazz on Wednesday.