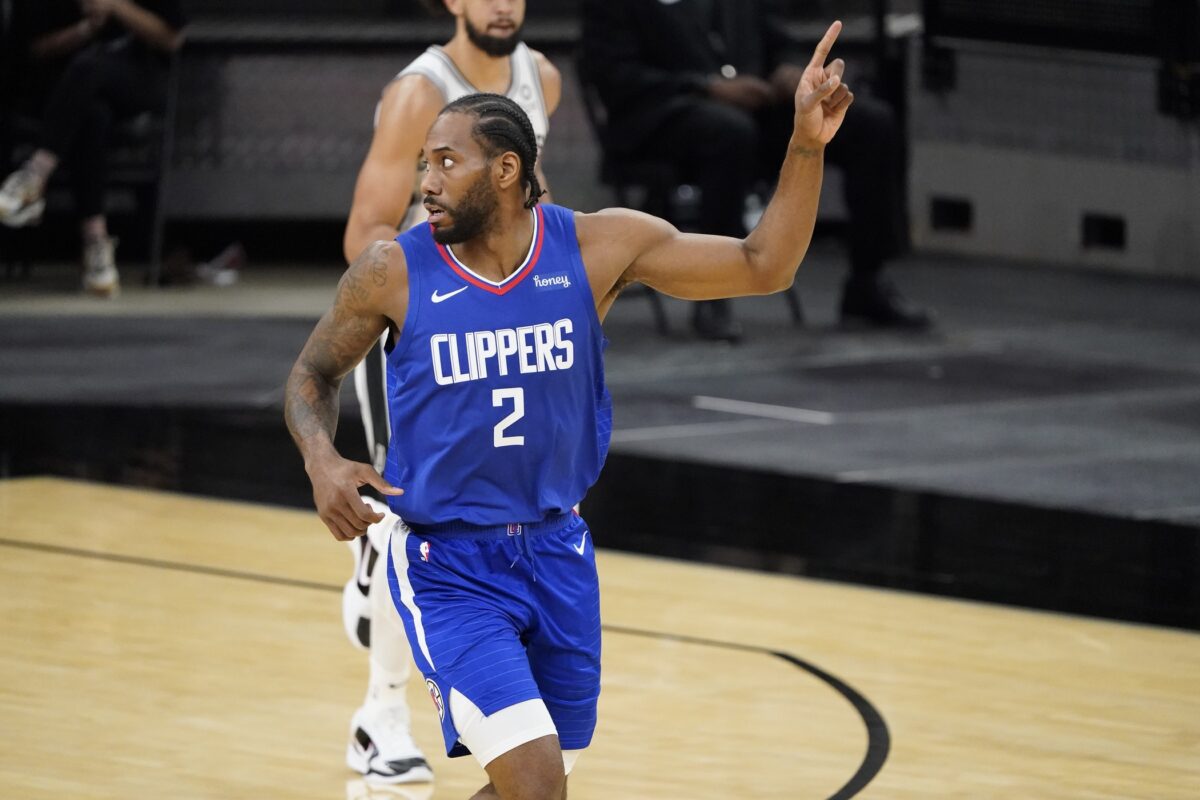 Kawhi Leonard has a decision to make this offseason.

This summer, he’ll have the opportunity to either pick up his player option with the Los Angeles Clippers for the 2021-22 season, or head to free agency. Based on one NBA executive’s opinion, there is a minuscule chance that Leonard does indeed test the market.

“As of today, there is no reason to think Leonard’s packing his bags,” TrueHoop’s Tom Haberstroh reported. “One non-Clippers executive placed the odds of Leonard leaving L.A. this summer at less than one percent. But the whole NBA is well aware Kawhi has the option to turn down his $36 million extension this summer to become a free agent. The team generously affords him the luxury of commuting from his home in San Diego even if he’s late to team activities. Most people think he’ll stay. But no one I talked to really knows what he’s thinking and this is the NBA. Superstar turnover is the norm.”

In his second season with the Clippers, Leonard is averaging 25.9 points, 6.3 rebounds and 4.8 rebounds per game. The Clippers are currently the No. 3 seed in the Western Conference and are considered title favorites once again.

However, last season, the Clippers’ title hopes were dashed in the second round of the playoffs.They were embarrassed by the Denver Nuggets after going up 3-1 in the series.

If the Clippers win the title this season, there should be no doubt that Leonard would elect to return for the following season.

However, if L.A. falls short once again, fans can be sure that questions about Leonard’s future with the team will begin to arise.