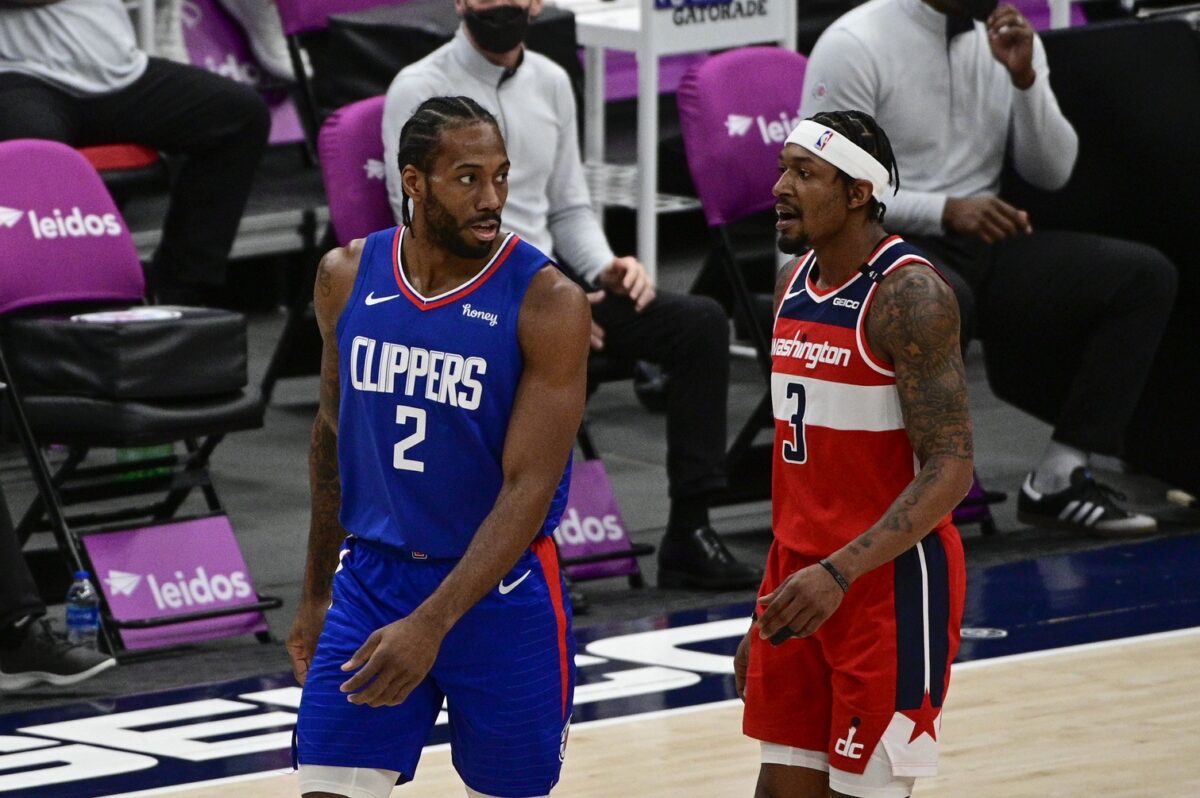 While there were some fairly big trades completed prior to the trade deadline earlier this week, there were not any major fireworks.

According to a recent report, some executives believe that trades involving top assets were not involved because some around the league think superstars Kawhi Leonard and Bradley Beal could be available this offseason.

“A round of phone calls with front office executives clarifies this tremendously: Teams didn’t offer their best assets now because Bradley Beal and Kawhi Leonard could be available this summer, and if you empty the cupboard now you’ll never be in position to get them then,” TrueHoop’s Tom Haberstroh reported.

If Beal or Leonard were to become available this summer, it would create major shockwaves throughout the NBA.

Beal is considered to be one of the top players in the NBA despite the fact that he has remained on the floundering Washington Wizards.

As for Leonard, he is regarded as one of the top closers and two-way stars in the league. That is true despite the Los Angeles Clippers’ collapse in the playoffs last season.

If one or both of the aforementioned players were to be put on the trading block this summer, there’s no doubt that teams around the league would put together their best packages to try to lure them.

Only time will tell if these two huge stars could be on the move in a matter of months.