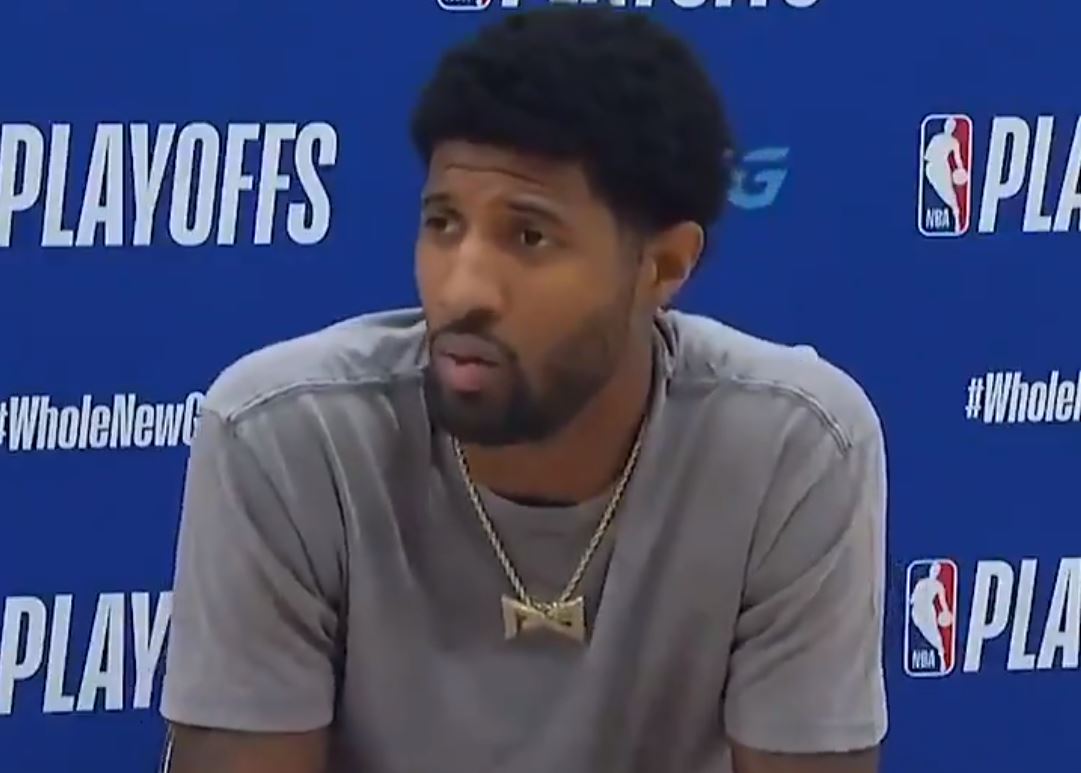 After the Los Angeles Clippers were considered by many the favorites to win the NBA championship all season long, their season has ended in an unmitigated disaster.

Instead of hoisting the Larry O’Brien Trophy, the Clippers are going home empty-handed after blowing a 3-1 series lead to the Denver Nuggets in the Western Conference semifinals.

Paul George seemed despondent after the game when he reflected on what just transpired.

“We just went cold as a team… That hurts. It hurts. We move on,” Clippers guard Paul George said.

“I’m not really sure. Next question,” Clippers guard Paul George on his reflection of playing in the bubble.

“I think internally, we’ve always felt this was not a championship or bust year for us. We can only get better the longer we stay together."

—PG on the Clippers being expected to win pic.twitter.com/UuPKDphaMY

George has been a very good player and perennial All-Star for several years now.

However, the man nicknamed “Playoff P” has a checkered history when it comes to producing in the postseason.

On Tuesday in Game 7, George once again underperformed under pressure, scoring just 10 points on 4-of-16 shooting from the field, to go along with five turnovers.

In all three of their losses after leading the series 3-1, the Clippers blew a double-digit lead to a Nuggets team that very few thought had a real shot of winning.

It will be a dark offseason for George and the Clippers as they figure out how to do better next season.