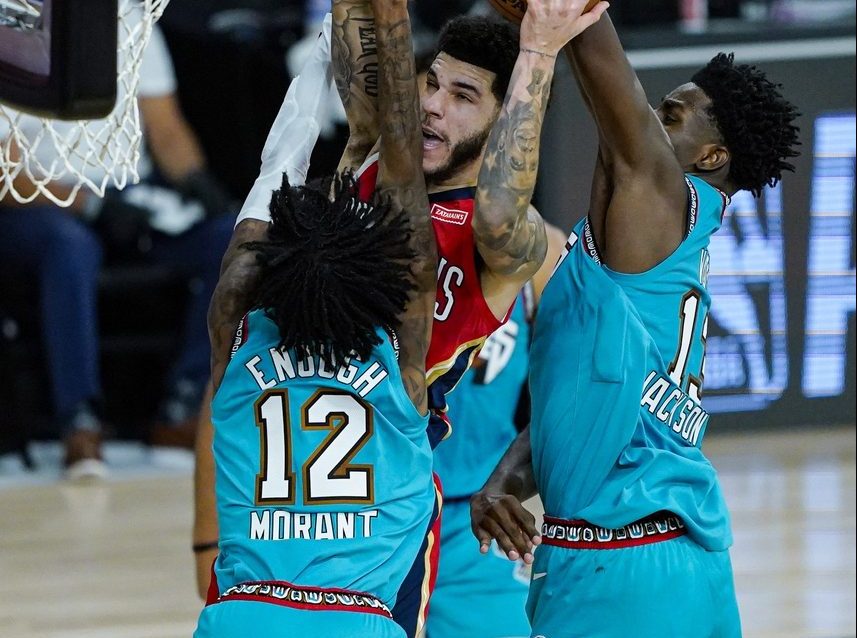 The Memphis Grizzlies are taking on the New Orleans Pelicans inside the NBA’s bubble on Monday.

Late in the second quarter, Pelicans guard Lonzo Ball went up for a tough layup. As he tried to guard the shot, Grizzlies guard Ja Morant got hit in a very sensitive area.

Luckily, Morant was able to shake off the nasty collision and continue playing.

There is a hotly contested race at the bottom of the Western Conference’s playoff standings. The Grizzlies currently own the No. 8 seed in the standings, but the Pelicans aren’t far behind.

Since the 2019-20 NBA season resumed last week, the Pelicans have struggled. They suffered a heartbreaking loss to the Utah Jazz last Thursday. They were then run out of the gym by the Los Angeles Clippers on Saturday.

Despite possessing talented youngsters such as Ball, Brandon Ingram and Zion Williamson, New Orleans currently stands in 11th place in the West.

If the Grizzlies hold on to the eighth spot and make the playoffs, it will be largely because of Morant.

He is the presumptive Rookie of the Year, as he’s averaging 17.8 points and 7.0 assists a game while shooting 48.8 percent from the field this season.