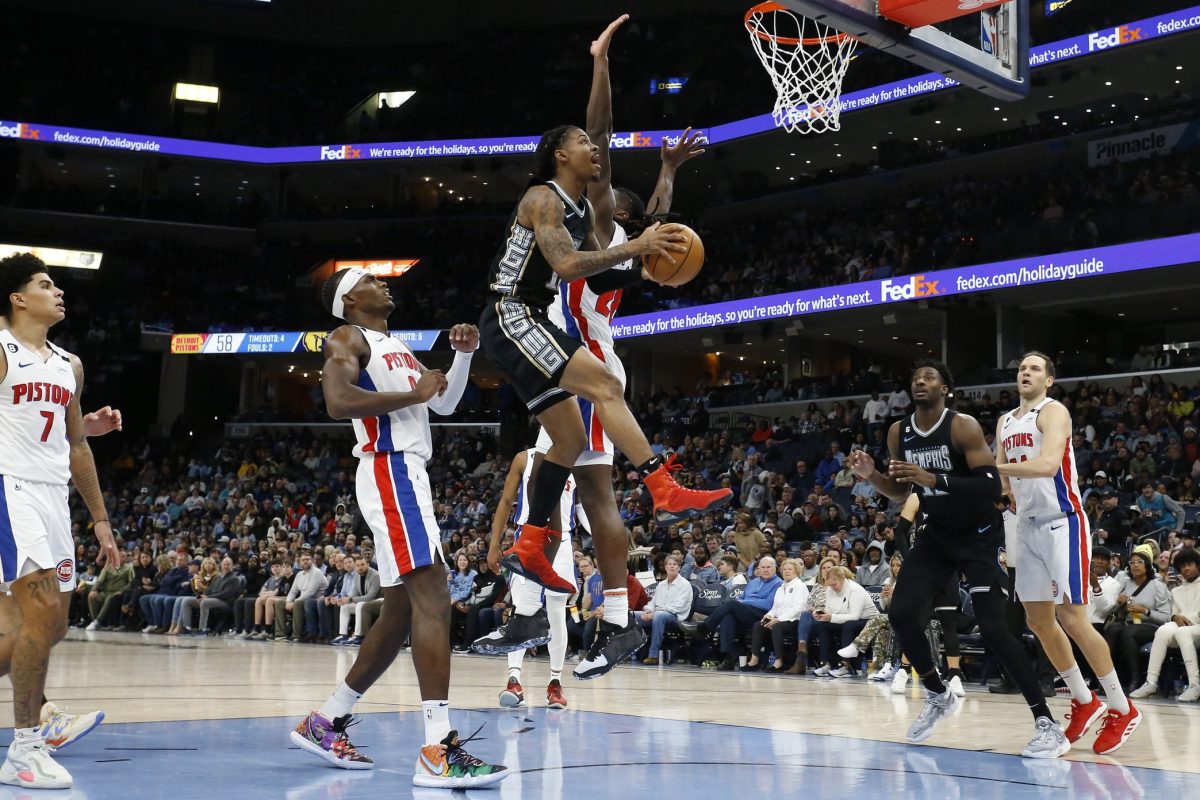 Memphis Grizzlies star Ja Morant is usually one of the smallest players on the floor, but that doesn’t stop him from scoring in the paint at an elite rate.

To average 14.5 points in the paint per game is no small feat for a guard. In fact, that mark ranks ahead of some star bigs this season, including Philadelphia 76ers center Joel Embiid.

Morant is definitely aware of how gifted he is at scoring in the paint. When asked how he’s so effective in that department, he offered a confident response.

“Because motherf—— can’t stay in front of me,” Morant told ESPN, laughing.

Morant’s success in the paint is certainly not a new development. In fact, last season, he led the entire league in points in the paint per game at 16.6.

He obviously finished ahead of every single star big in the league in that category, including players like Nikola Jokic and Giannis Antetokounmpo.

Here’s a look at how his paint scoring stacks up against the rest of the league this season.

Morant is a unique player, and he's only 23 years old. As long as he stays healthy, he's going to be incredibly hard to slow down in the coming years.

In addition to averaging 27.7 points per game this season, the former No. 2 overall pick is also averaging 6.6 rebounds and 7.8 assists per contest. He's shooting 45.8 percent from the field and 35.5 percent from beyond the arc.

To sweeten the deal, he's doing it all for a Grizzlies team that has one of the best records in the Western Conference. Entering play on Monday, Memphis is 17-9 on the season, which is good for second place in the West.

Morant and the Grizzlies would love to keep things rolling and take over the top spot in the conference, which is currently occupied by the New Orleans Pelicans.