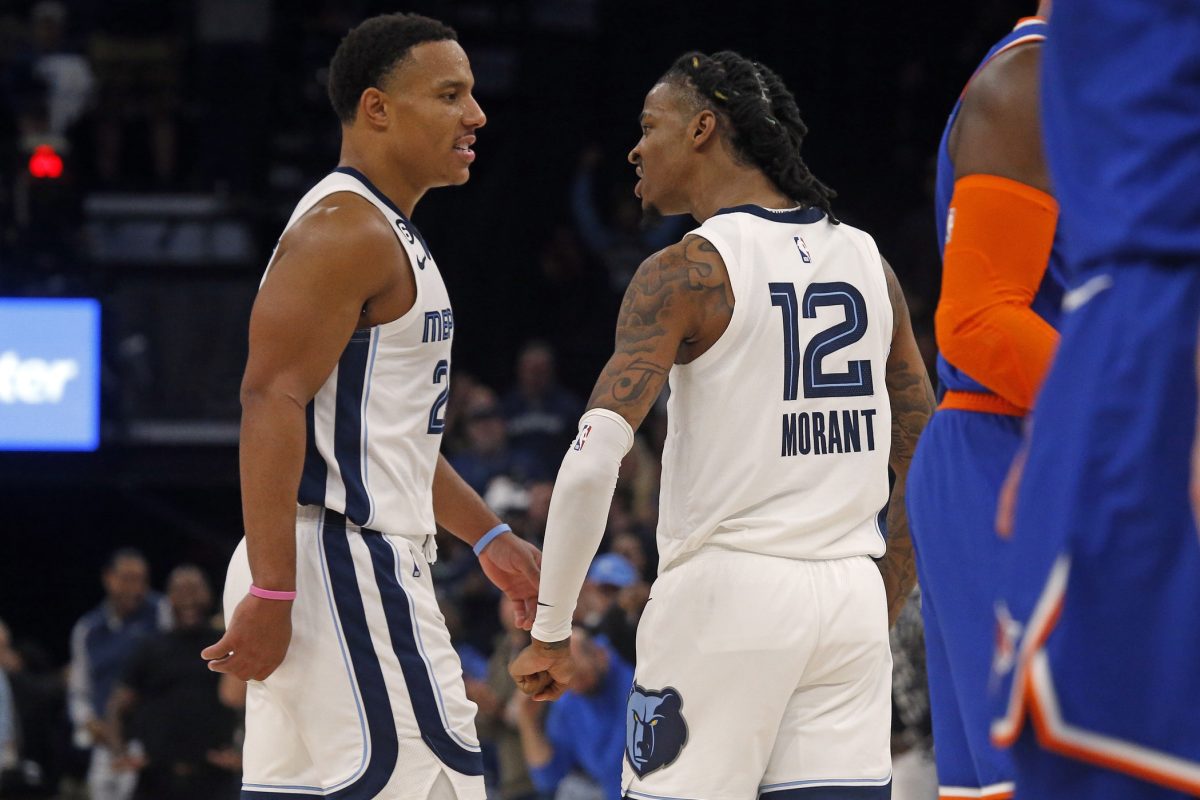 Ja Morant and the Memphis Grizzlies are enjoying a strong 2022-23 season so far. The team is 7-3 through its first 10 games and looks like a threat to do some damage in the Western Conference.

Morant certainly doesn’t lack confidence in his squad, particularly when it comes to the Grizzlies backcourt. The 23-year-old believes Memphis has the best backcourt in the NBA.

Best backcourt in the league?@JaMorant knows his pick.

Desmond Bane is Morant’s partner in crime in the backcourt, and together, they make up a lethal duo.

Of course, virtually all NBA fans know what Morant brings to the table by now. He has become one of the most electric guards in basketball, and he’s only 23 years old.

The youngster earned an All-Star selection last season and is averaging 28.3 points, 5.4 rebounds and 6.9 assists per game so far this season. He’s shooting 48.3 percent from the field and an absurd 47.1 percent from beyond the arc.

Bane, meanwhile, is in the midst of a breakout season. The 24-year-old showed tons of promise over his first two years in the NBA, but this season, he’s taking things to another level.

The former first-round pick is averaging 24.6 points, 5.0 rebounds and 4.6 assists per game. He’s shooting 45.9 percent from the field, and like Morant, Bane also boasts a ridiculous 3-point shooting clip at 46.8 percent.

Morant’s outstanding 3-point shooting has come as a bit of a surprise this season, as he shot just 32.7 percent from deep over his first three NBA seasons. However, Bane has been a sharpshooter since his first season in the league and is a career 43.8 percent shooter from deep.

However, at the end of the day, Morant and Bane certainly deserve to be in the conversation based on what they’ve displayed this season. Memphis is undoubtedly hoping that its backcourt will help the team go on a deep playoff run in the 2022-23 season.