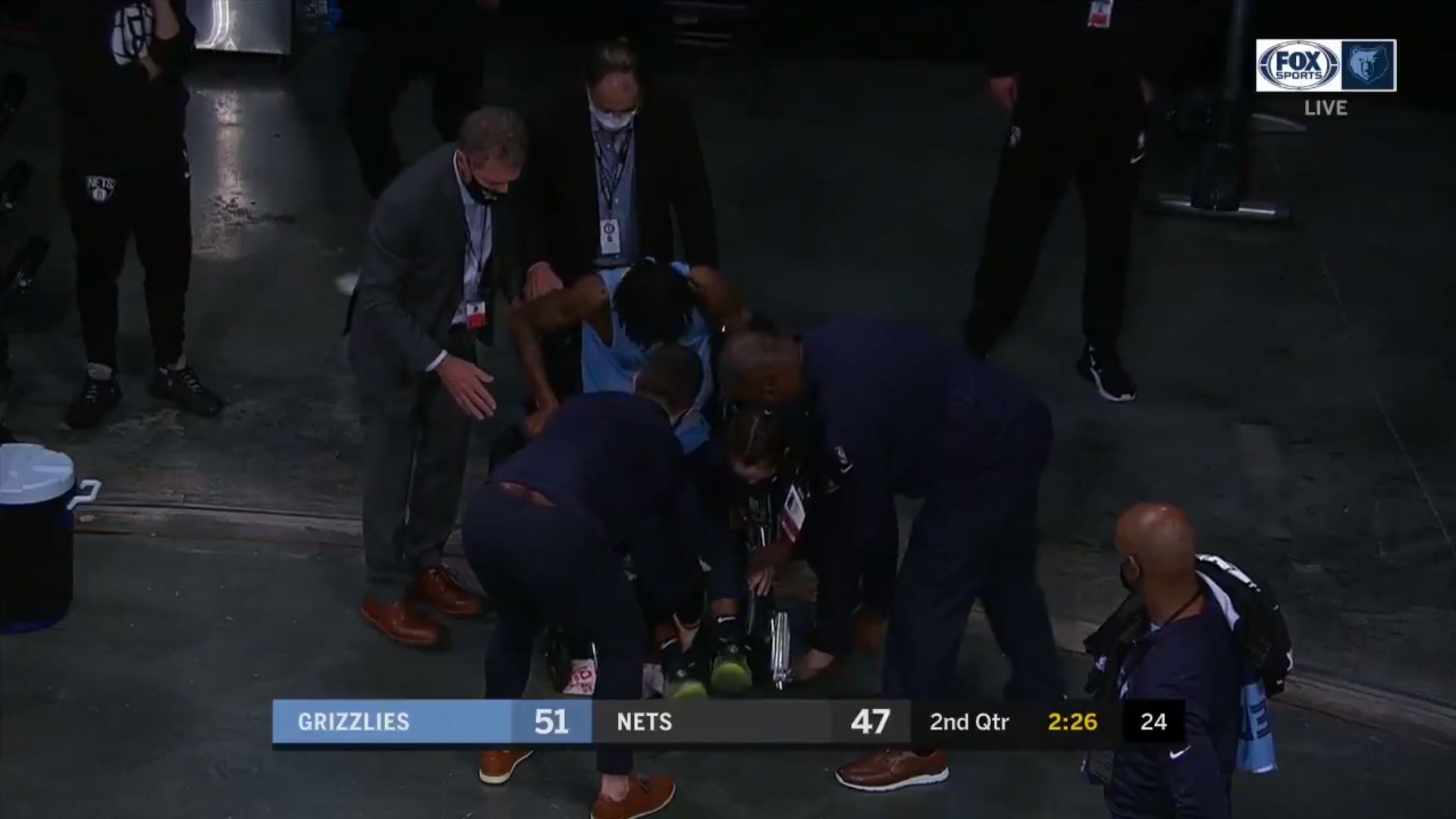 Late in the second quarter of the Memphis Grizzlies’ contest against the Brooklyn Nets on Monday, star guard Ja Morant had to be taken to the locker room with an apparent injury.

The injury seemed serious enough that Morant had to be placed in a wheelchair.

Shortly after being helped off the court, he got his diagnosis.

Grizzlies’ Ja Morant has a left ankle sprain, will not return tonight.

Morant, a 6-foot-3 guard, is in his second season out of Murray State University. As the second overall pick in the 2019 NBA Draft, he was named last season’s Rookie of the Year.

The Grizzlies ultimately fell short of the actual postseason by narrowly losing the tournament to the Portland Trail Blazers.

Morant had been having a blistering hot start to his sophomore season when the injury occurred.