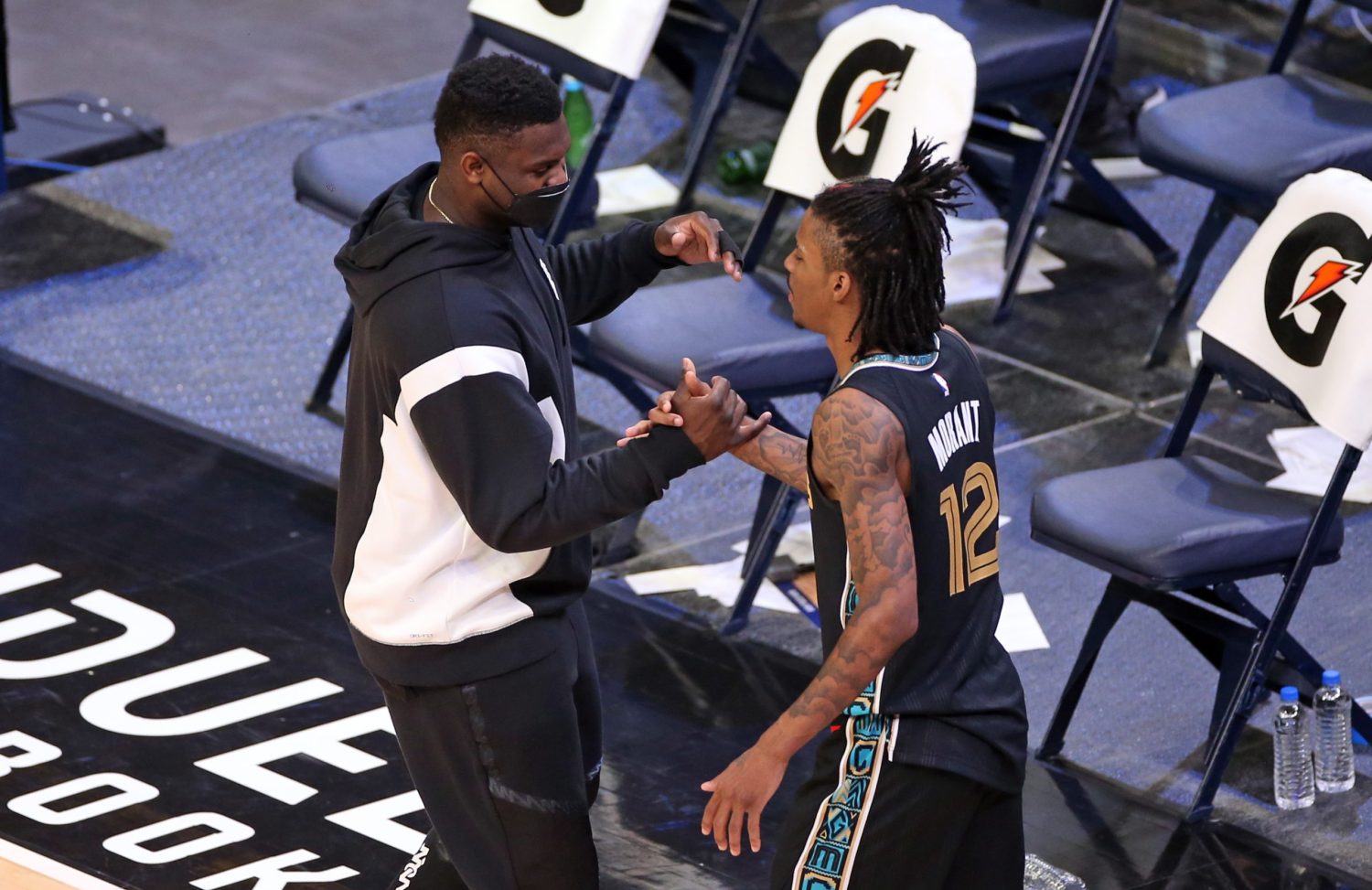 The 2019 NBA Draft was loaded with exciting prospects.

Zion Williamson essentially entered the draft as the consensus No. 1 overall pick, and Ja Morant was expected by many folks to follow Williamson at No. 2 overall.

Things did indeed pan out that way. Williamson went to the New Orleans Pelicans at No. 1, and Morant landed with the Memphis Grizzlies at No. 2.

Although the Pelicans looked to be getting a generational prospect in Williamson on the night of the draft, they apparently had their sights set on something even bigger. New Orleans reportedly wanted to find a way to get both Williamson and Morant.

“The Pelicans were intrigued by the possibility of pairing AAU teammates Williamson and Morant together in 2019, sources said,” wrote Christian Clark of NOLA.com. “They had the Nos. 1 and 4 picks entering that draft. They offered the Grizzlies multiple packages that included the No. 4 pick. All of their offers were rebuffed.

“If the Grizzlies had accepted any of the Pelicans’ packages for the No. 2 pick, Williamson and Morant would be teammates. Instead, the Grizzlies wisely held onto it.”

It certainly would have been a blockbuster move by the Pelicans. Had it happened, both New Orleans and Memphis would likely be in very different positions today.

Instead, it did not come to fruition.

While Williamson has shown superstar potential with the Pelicans when healthy, staying on the floor has been a huge struggle for him. The 21-year-old hasn’t appeared in a game this season.

As for Morant, NBA fans have seen much more of him than Williamson since the 2019 draft. The Murray State University product has been playing at an extremely high level this season and has the Grizzlies in contention in the Western Conference.

To this point, most folks would say that Morant has panned out in a way that Williamson hasn’t. Still, there’s time for that to change.

With any luck, NBA fans will get to see both stars in action for the entirety of the 2022-23 season.