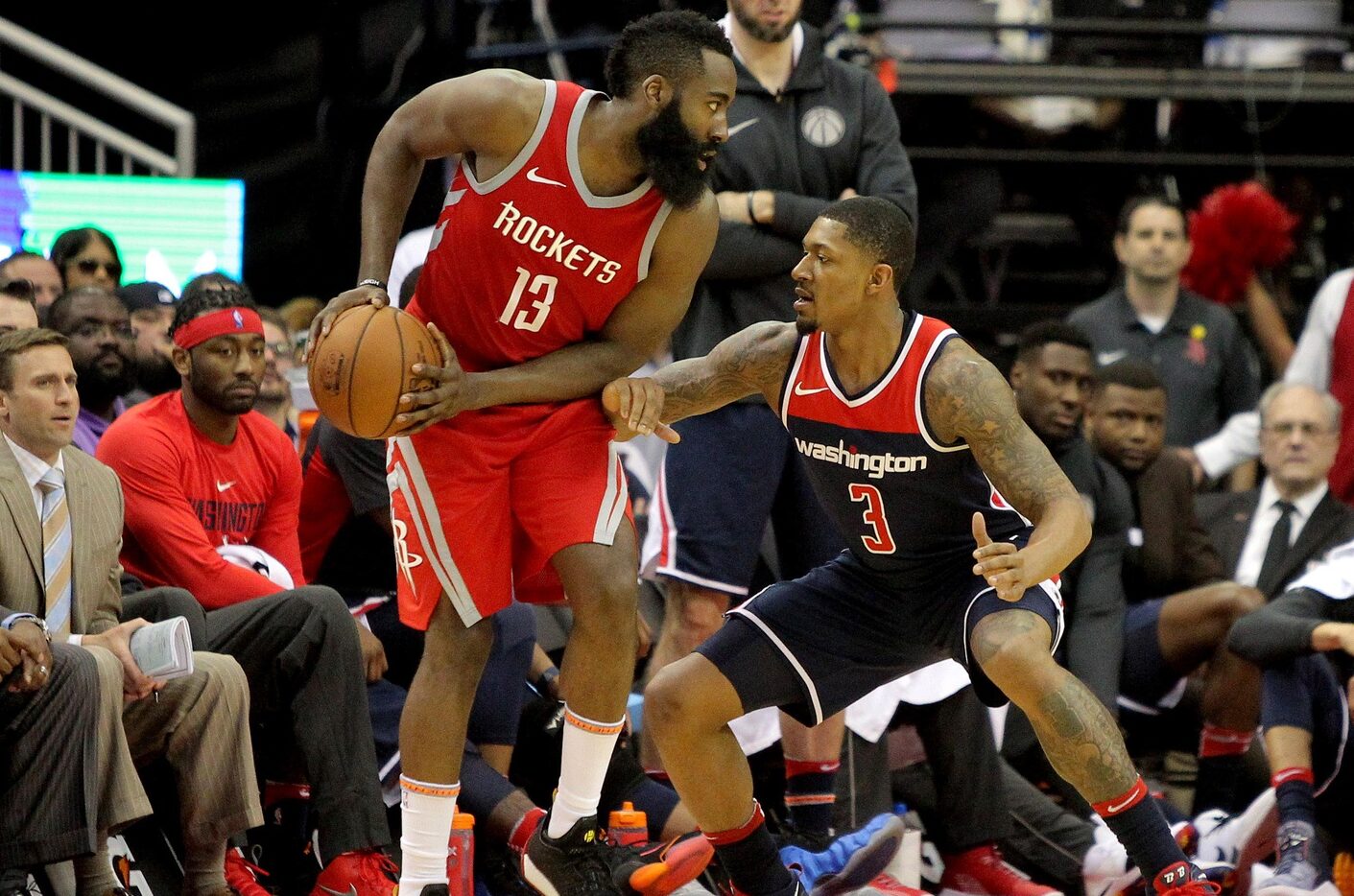 The NBA season is in full swing, and there are a couple of rumors that some star players could be on the move.

O’Connor revealed that executives around the league view the New York Knicks, New Orleans Pelicans, Dallas Mavericks and Miami Heat as potential sleepers to make a blockbuster trade this season.

“There could also be a few teams flying under the radar who can put themselves in a superstar sweepstakes,” O’Connor wrote. “This weekend, I asked 14 front office executives which teams come to mind as a sleeper for a blockbuster deal. Six of the executives responded with the Pelicans; three said the Heat; two said the Knicks; and the Mavericks, [Denver] Nuggets, and [San Antonio] Spurs each got one vote.”

While a trade for Beal or Harden doesn’t seem imminent, some of the teams on the list are certainly interesting hypotheticals.

Miami is coming off an NBA Finals run, and while it doesn’t have a lot of draft picks to trade, young players like Tyler Herro could become available if the Heat were to make a run at a superstar.

As for the Knicks and Pelicans, they both have solid young cores that could be broken up if either team decided to make a splash.

It is hard to see a way Dallas could make a deal without trading Kristaps Porzingis given its current roster.

However, both Dallas and Denver are playoff contenders, so it’s possible that either team could mortgage its future for a star.

The NBA’s trade deadline during the 2020-21 season is set for March 25. If one of these superstars does get moved, there is a good chance one of the aforementioned teams could be involved.