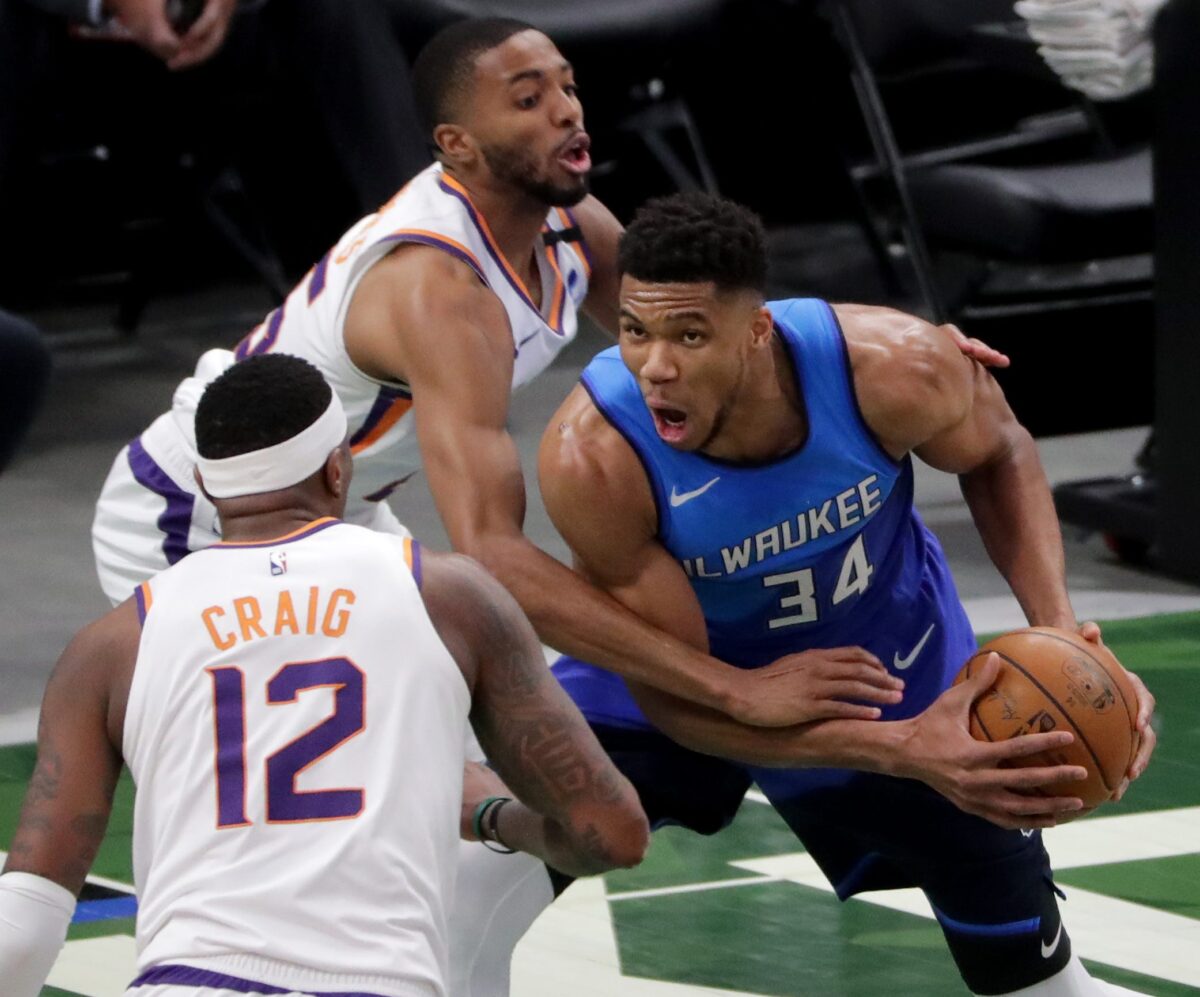 Milwaukee Bucks co-owner Marc Lasry recently said that he’s “pretty sure” superstar Giannis Antetokounmpo will play in the 2021 NBA Finals despite his status being uncertain for Tuesday night’s Game 1.

Bucks co-owner Marc Lasry says it's up to Giannis Antetokounmpo and the team's medical staff if he'll play in Game 1 of the Finals against the Suns.
"I'm pretty sure he'll play in the series," he said on CNBC today. "The question is when."

Antetokounmpo landed awkwardly on his left leg in Game 4 of the Eastern Conference Finals against the Atlanta Hawks. He exited the game and missed each of the next two contests. Fortunately, he avoided a serious injury and was diagnosed with a hyperextended knee.

The Bucks were able to take care of business against Atlanta without him.

Antetokounmpo’s status for the 2021 NBA Finals against the Phoenix Suns is crucial. The 26-year-old has played some of the best basketball of his career in this year’s playoffs. Over 15 postseason games in 2021, he has averaged 28.2 points, 12.7 rebounds and 5.2 assists per contest.

He is currently listed as doubtful for Tuesday night’s Game 1. The Bucks are surely hoping that he can make some major progress on recovering from the injury in the coming days.

Antetokounmpo is a five-time All-Star, and he’s looking for the first title of his career.