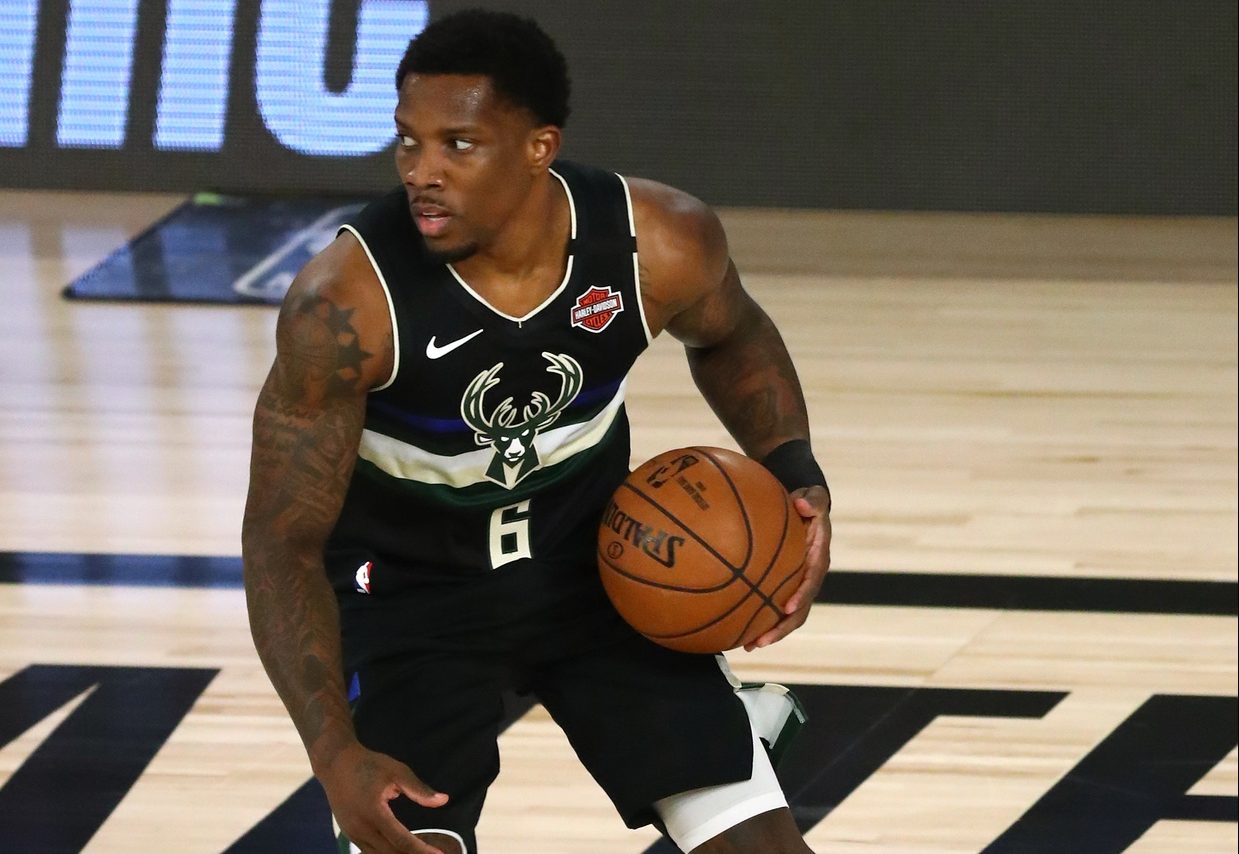 The Milwaukee Bucks are expected to make point guard Eric Bledsoe a trade candidate this upcoming offseason, according to Shams Charania of The Athletic.

“Rival executives expect the Bucks to prioritize acquiring a playmaker and more shooting in the offseason to retool the roster around [Giannis] Antetokounmpo,” Charania wrote. “Bucks guard Eric Bledsoe is under contract for multiple seasons and had another standout season by earning All-Defensive team honors, but he is expected to become a potential trade candidate, sources told The Athletic.”

The Bucks saw their season come to an end on Tuesday. The Miami Heat dismantled them in five games in their second-round playoff series.

Behind Antetokounmpo, the reigning MVP, the Bucks had the best record in the NBA this season. Yet, they hardly looked like contenders in the NBA bubble in Orlando, Fla.

Antetokounmpo, 25, can depart the franchise as a free agent in the summer of 2021. Therefore, the Bucks will do everything in their power to show him that they will enhance the roster.

Now, it looks like Bledsoe may be part of those plans.