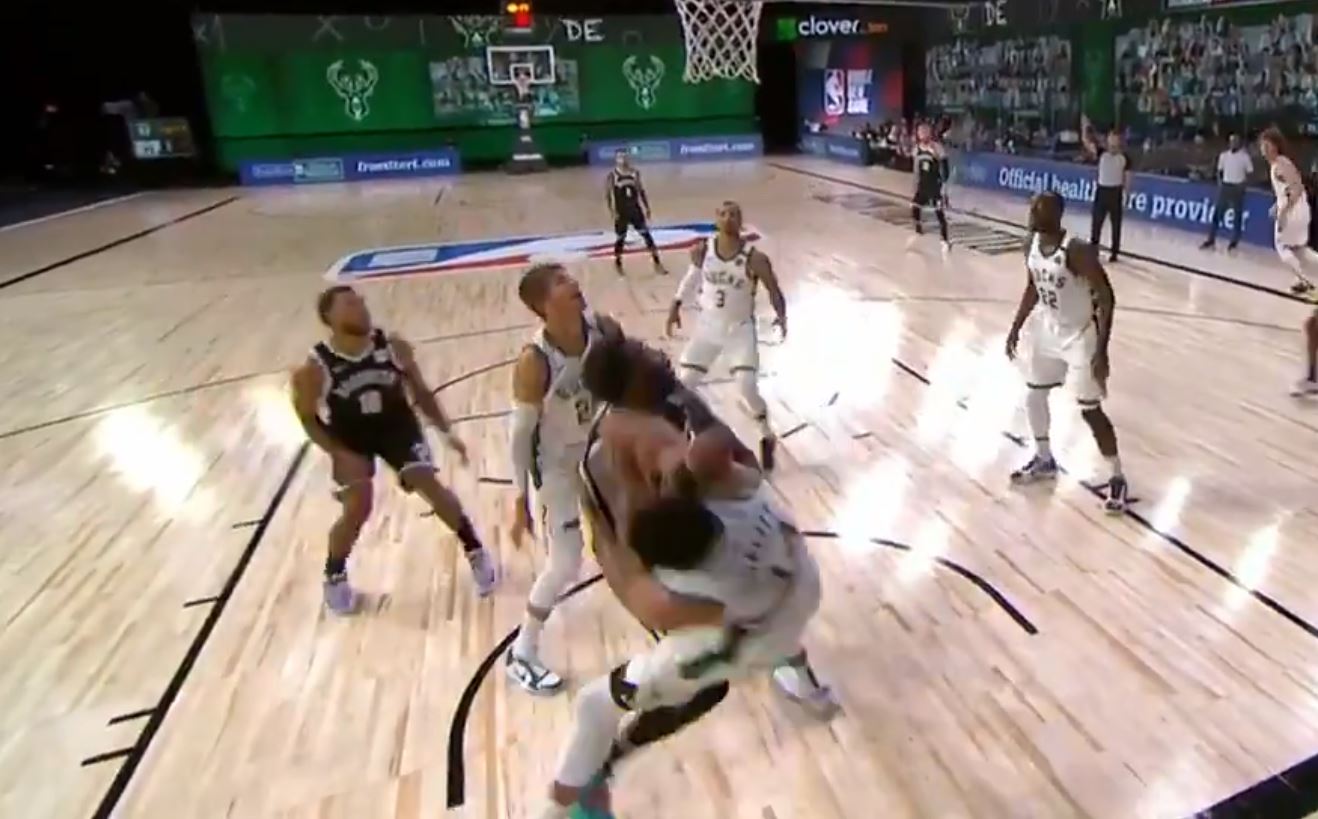 Milwaukee Bucks superstar Giannis Antetokounmpo almost lost his cool on Tuesday during the team’s matchup with the Brooklyn Nets.

The reigning MVP got into it with the Nets’ Donta Hall following a rebound and tie up. The incident took place with just over 10 minutes remaining in the second quarter.

Giannis and Donta Hall get into a scuffle 😳 pic.twitter.com/FHEsFrIf9b

Donta Hall shoves Giannis Antetokounmpo to the ground after a tie up going for a rebound.

Giannis jumps up and looks to say to Hall:

Antetokounmpo and the Bucks are coming off of a tough loss to the Houston Rockets, so some of his frustrations may have boiled over after the push by Hall.

Antetokounmpo has also had an MVP-caliber season, averaging 29.9 points, 13.8 rebounds and 5.8 assists per game.

Milwaukee is one of the favorites to win the NBA title as the league gets closer to the playoffs.

The Bucks resumed the 2019-20 season on July 31 with a win over the Boston Celtics before falling to the Rockets on Sunday.

Antetokounmpo dropped 36 points in both games, further solidifying his case for the league’s MVP award.