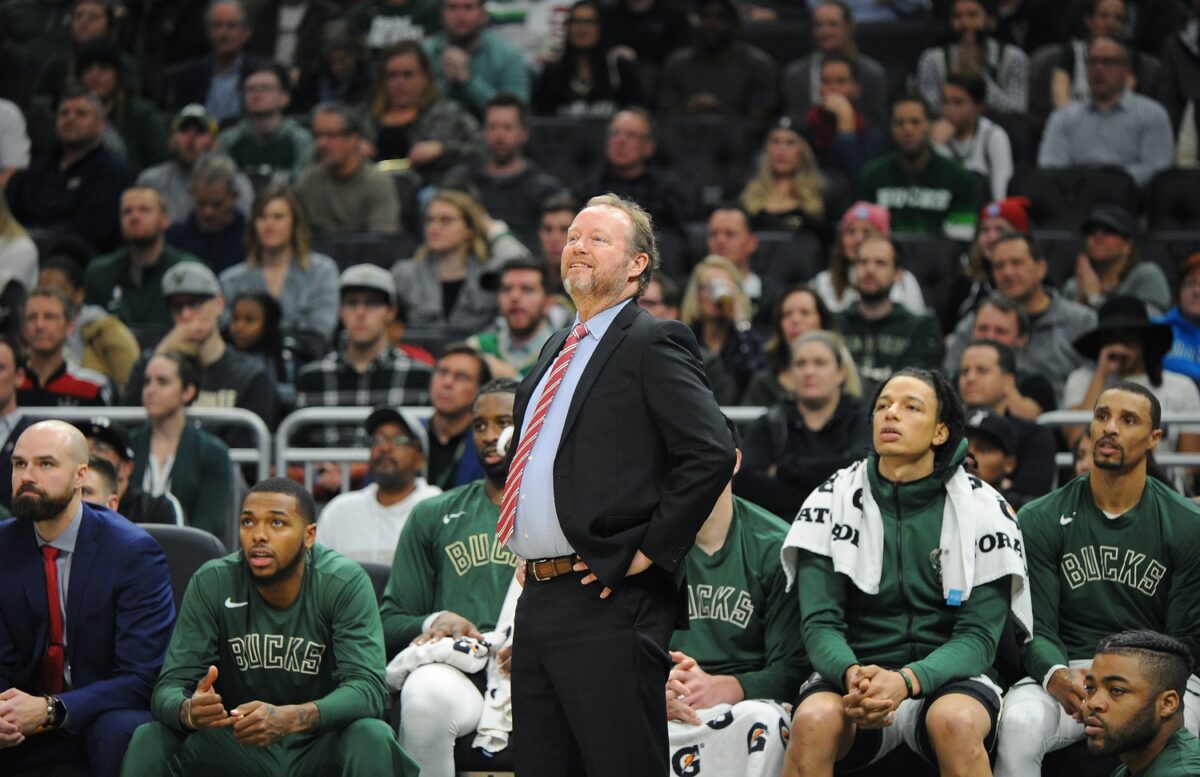 The Milwaukee Bucks made a huge splash this offseason when they traded with the New Orleans Pelicans for guard Jrue Holiday.

He is a huge upgrade in Milwaukee’s backcourt and gives it another star alongside Giannis Antetokounmpo and Khris Middleton.

While the move seemed to be about winning now, as the Bucks gave up several draft picks, Milwaukee head coach Mike Budenholzer said the team isn’t approaching this season as “championship or bust.”

Mike Budenholzer says the #Bucks goal is a title and they have the type of team that can compete for one, but:

“To think that a season is championship or bust is certainly not how we’ve approached it.”

It is a confusing declaration by Budenholzer, as the Bucks could lose Antetokounmpo in free agency next offseason.

After being the No. 1 seed in the Eastern Conference last season, Milwaukee was knocked out by the Miami Heat in the second round of the playoffs.

If the Bucks want Antetokounmpo to stay for the long haul, what better way to convince him than by winning a championship this season?

While Budenholzer may say one thing, the Bucks’ actions this offseason show that they are intent on competing for the title.