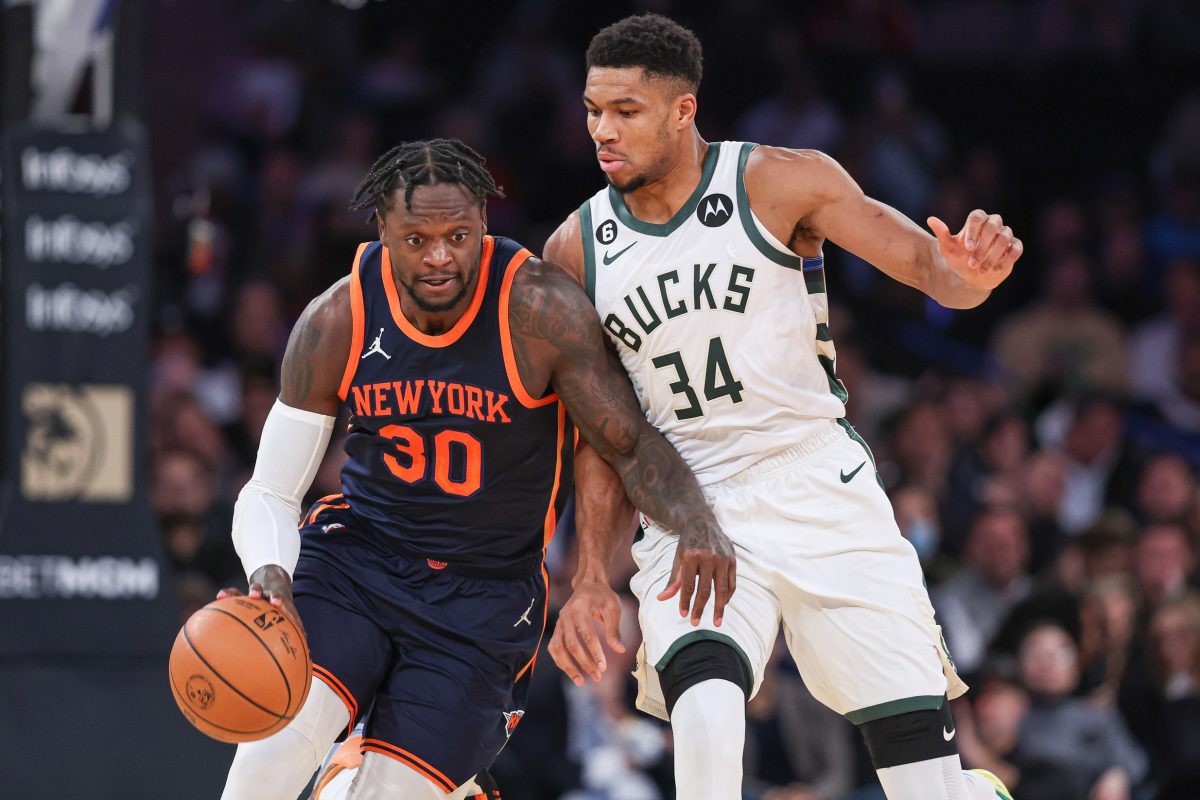 One NBA executive believes that New York Knicks forward Julius Randle would benefit from playing alongside Giannis Antetokounmpo if the Knicks decided to trade him.

Randle, who is having a bounce-back season for the Knicks after struggling in the 2021-22 campaign, could become expendable if the team decides to let youngster Obi Toppin take over at the power forward position.

However, with Toppin currently out of the lineup with a leg injury and the Knicks in the playoff picture, they may not be willing to trade him at the moment.

“Giannis is one who comes to mind because of the way he cuts and makes himself available and can play off other passers,” the exec told Heavy.com’s Sean Deveney. “I am not saying that Milwaukee is beating down the doors to get Julius Randle, but that is the kind of star who could work well with a player with Randle’s skill.”

Randle is a solid playmaker at the forward position, averaging over 5.0 assists per game in two of the last three seasons. He also can stretch the floor, shooting 33.6 percent from beyond the arc this season on 7.1 3-point attempts per game.

There are a ton of players in the NBA who would benefit from having a star like Antetokounmpo on their roster, but this executive believes that Randle would play well off of him if he ended up with the Milwaukee Bucks.

Right now, the Knicks hold the No. 6 seed in the Eastern Conference with an 18-16 record. The team had an eight-game winning streak earlier in the season where Randle, Jalen Brunson and R.J. Barrett all were playing terrific basketball together.

Still, New York doesn’t have a championship-caliber roster at the moment, and it could view Randle’s strong play as a chance to sell high on him, especially with his new contract just kicking in.

That would free up minutes for Toppin and allow the Knicks to focus on their young core. However, it’s hard to see them doing that while still in the thick of the playoff race in the East.

Randle made an All-NBA team in the 2020-21 season, leading the Knicks to the No. 4 seed in the Eastern Conference. The team was knocked out in the first round of the playoffs, but Randle showed that he can carry a team when he’s at the top of his game.

Now with Brunson in the fold, the Knicks are better equipped to get back to the playoffs than they were when they missed the postseason in the 2021-22 campaign.

It’s unclear if Milwaukee even has Randle on its radar, but the pairing of the Knicks forward and Antetokounmpo could be an interesting one if the sides ended up working out a deal.