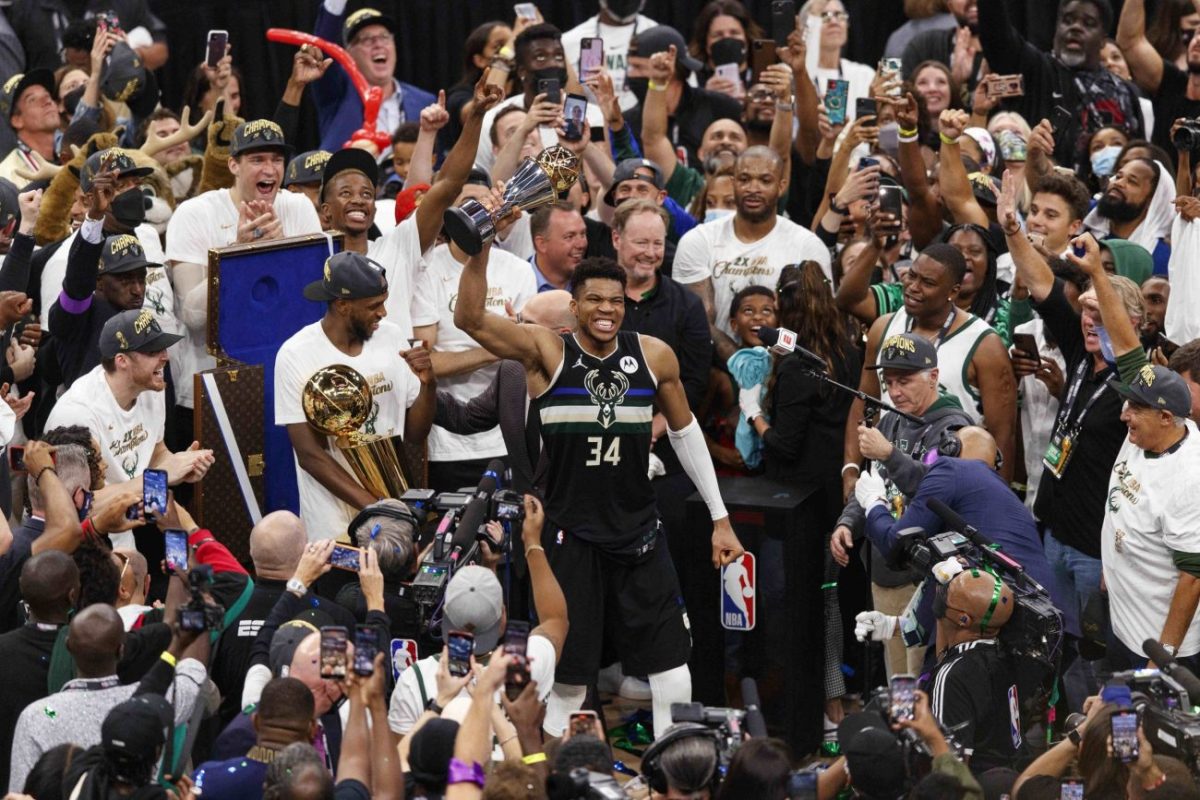 The Milwaukee Bucks won the 2021 championship while the Delta variant of COVID-19 started to spread like wildfire across the country.

The organization implored everyone to be extremely careful as any small move could have jeopardize the team’s chances of winning it all.

“Don’t be the one who f—- this up for everybody,” reported Matt Sullivan of Rolling Stone magazine. “This was the unwritten rule of the Milwaukee Bucks, heading into their championship season.”

Of course, the most prominent and protected player throughout last season on the Bucks was superstar Giannis Antetokounmpo.

In order to best fortify the two-time MVP from contracting the virus, the franchise encouraged staffers to go to extreme lengths.

“Preparing for life outside the Magic Kingdom, the Bucks would explicitly encourage staffers to sacrifice their social lives; if Giannis Antetokounmpo went from the gym to his mansion and back, so would you,” wrote Sullivan.

Clearly, the defense mechanism proved to be vital. Antetokounmpo went to unparalleled levels to deliver the Bucks their first championship in 50 years.

The veteran saved his best for last in the Bucks’ championship-clinching game. Antetokounmpo exploded for 50 points, 14 boards and five blocks in Game 6 of the NBA Finals.

Undoubtedly, he was named the 2021 NBA Finals MVP.

Now, the Bucks are aiming to win the title once again. Antetokounmpo is collecting 28.0 points, 11.1 rebounds and 5.8 assists per game this season.

The Bucks are still dealing with COVID-19 concerns, however. Bucks star Khris Middleton already missed a handful of games after contracting the contagious virus.

The team holds a 7-8 record this season.