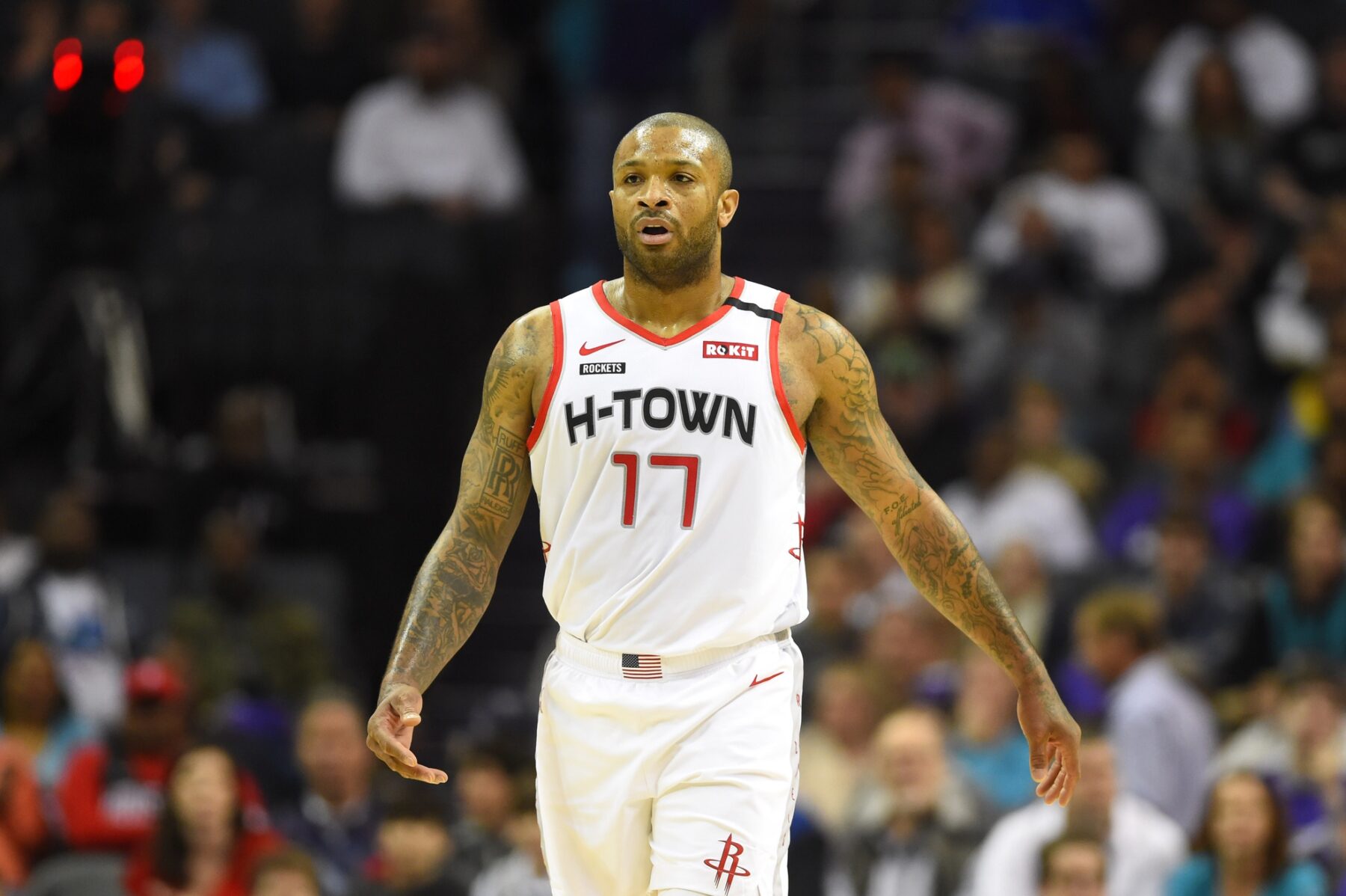 “League sources told me in November that the Bucks were in pursuit of P.J. Tucker from the Rockets. Their interest remains today,” wrote Kevin O’Connor of The Ringer. “Tucker would absolutely help. He is a stout defender who could thrive in small-ball lineups next to Giannis [Antetokounmpo]. Tucker turns 36 in May and will be a free agent this offseason, but the trade possibilities are limited with an empty asset cupboard.”

Tucker, 35, has been linked to numerous teams this season.

The forward is collecting 4.7 points, 4.6 rebounds and 1.4 assists per game this season. He has a penchant for doing a little bit everything on the court.

Although the Rockets are open to trading the veteran, they want a hefty return for Tucker. The Rockets are sliding out of the playoff picture in the Western Conference.

The Bucks, of course, are one of the top contenders in the the league. They held the best record in the association last year and are the No. 3 seed in the Eastern Conference this season.

The Lakers are one of the contenders interested in acquiring Tucker.