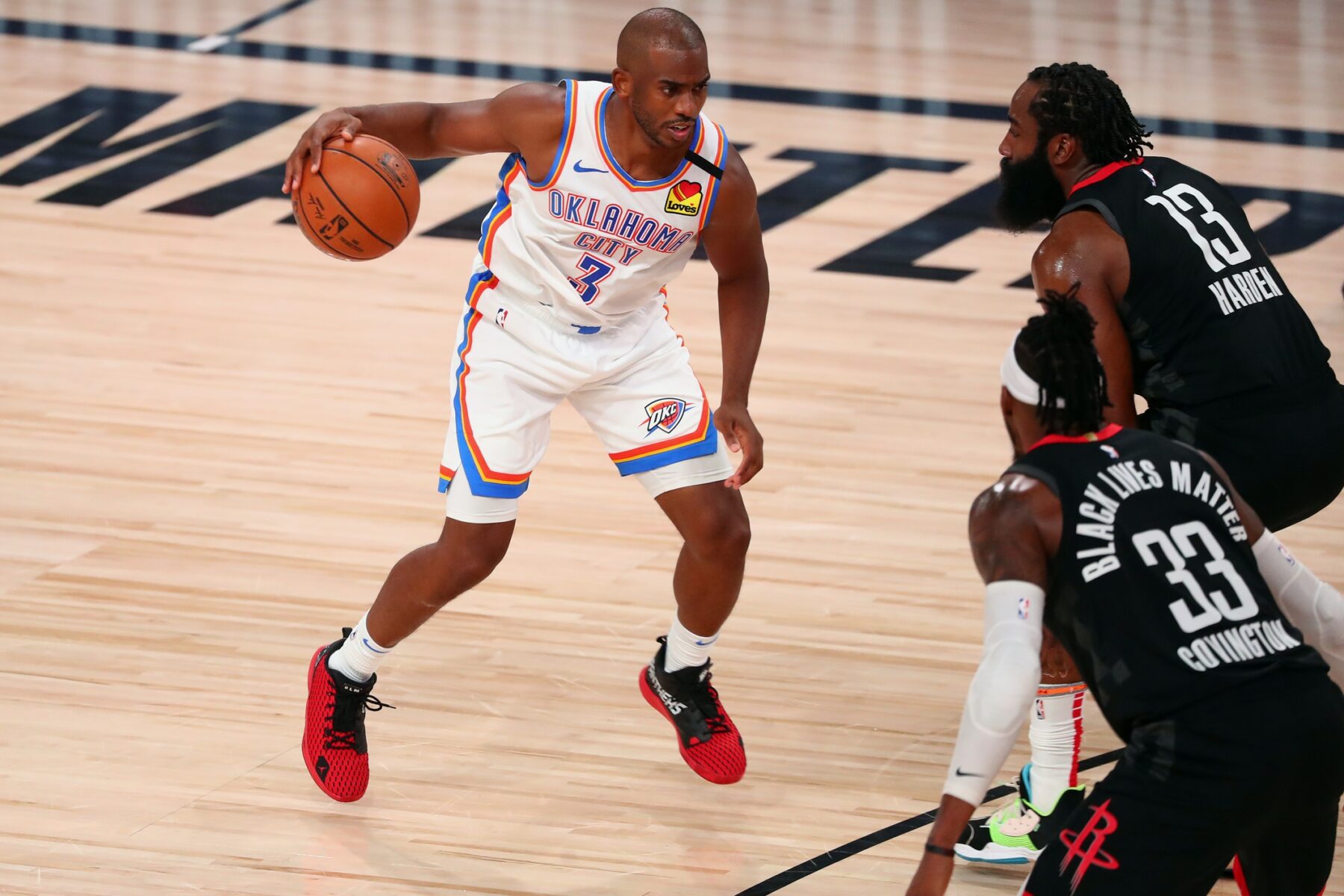 Chris Paul helped lead an upstart Oklahoma City Thunder team to the playoffs this season, but he could be doing a lot more next season.

According to multiple reports, Paul could be a piece that title contenders look to add this offseason in order to build a new superteam. One such team is the Milwaukee Bucks, who will likely be looking for championship-caliber talent to surround MVP Giannis Antetokounmpo with.

According to a recent report, Paul would feel more than lucky to end up in Milwaukee.

“Some NBA sources believe Paul would feel blessed to be on a winning club such as the Bucks,” Marc Berman of the New York Post wrote. “But perhaps Paul, too, would desire to play in the world’s biggest media market and reunite with Leon Rose, his former agent.

When Paul was traded to the Thunder last season, some experts believed that he would be quickly traded away in exchange for young players and picks. Instead, Paul proved that he has a lot left in the tank and dramatically increased his trade value during the unique 2019-20 campaign.

In fact, Paul’s contract, which has two years and more than $85 million left on the books, looks far more attractive to take on this offseason than it did last year.

Paul was an exemplary veteran leader on the Thunder. He also averaged 17.6 points, 6.7 assists and 5.0 rebounds per game. His field goal percentage of 48.9 percent this season was the third highest of his career.

He’d likely be a fantastic addition to the Bucks’ roster. Only time will tell if the team makes the moves necessary to make it a reality.