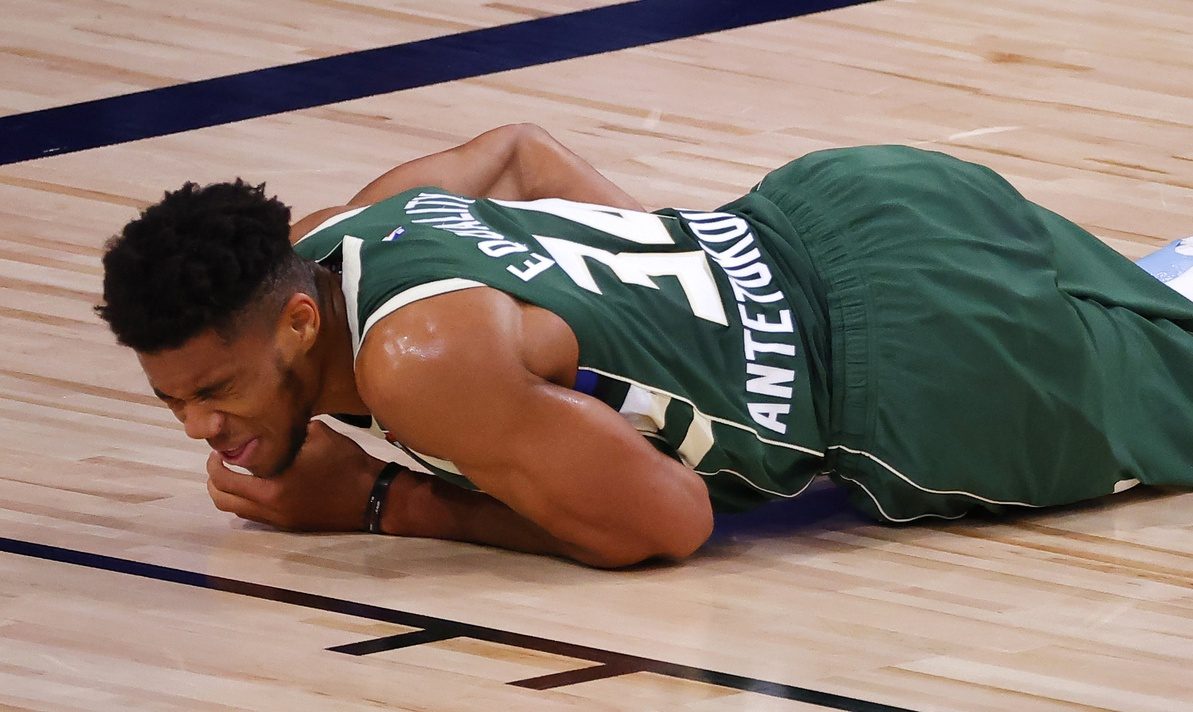 Milwaukee Bucks superstar Giannis Antetokounmpo will not play versus the Toronto Raptors on Monday due to a surprising update of him having oral surgery.

There is no timetable for the reigning MVP’s return.

The 2 p.m. ET NBA injury update lists Giannis Antetokounmpo as OUT against the Raptors due to oral surgery.

Curious what this means for his timeline overall.

Antetokounmpo, 25, is one of the best players in the NBA.

The international standout is posting 29.8 points, 13.7 boards, 5.7 assists and 1.1 blocks per game this season. He’s a strong candidate to win the MVP trophy and Defensive Player of the Year award.

In addition, the Bucks are the best team in the association. They hold an impressive 55-15 record.

While Antetokounmpo’s absence on Monday won’t affect the Bucks’ top seed in the standings, he will be needed when the postseason rolls around. After all, he is the source of the franchise’s whopping success over the last couple of years.

The news of Antetokounmpo’s oral operation is surprising. For the most part, the phenom has been healthy for the duration of his career in the NBA.

Prior to this season, the big man had played in at least 72 games every season since being drafted in 2013.