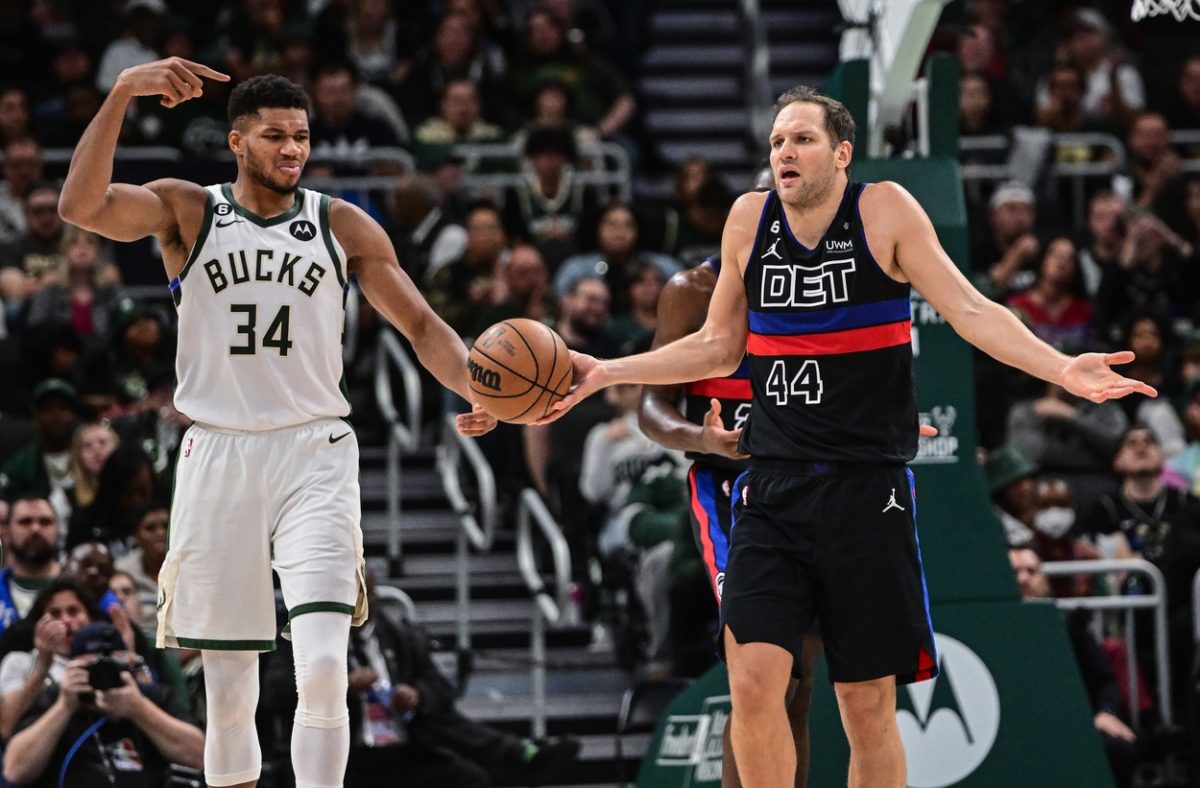 Detroit Pistons forward Bojan Bogdanovic is one of the players most consistently named in trade rumors, as many teams are reportedly interested in acquiring him.

The Milwaukee Bucks, who are second in the Eastern Conference with a 25-13 record, are apparently emerging as potential suitors for the sharpshooter.

“Another potential target for Milwaukee: Bojan Bogdanovic from the Detroit Pistons,” wrote Matt Moore of Action Network. “There’s not much feeling that the Pistons are eager to move their best player with Cade Cunningham out, but as the team transitions more towards draft positioning this season Milwaukee will look to bid if the Pistons make Bogdanovic available.”

Detroit isn’t looking like a contender at this point in the season, but it remains to be seen whether or not it will end up trading Bogdanovic. The former second-round pick recently agreed to an extension that is set to keep him with the team through the 2024-25 season.

According to Jake Fischer of Yahoo! Sports, the Pistons are seeking at least one first-round pick and either a young player with some upside or additional draft capital in exchange for Bogdanovic.

He would certainly help contenders in need of some additional shooting. The Bucks rank 23rd in the league in 3-point shooting percentage, so they would surely welcome the 33-year-old with open arms.

Milwaukee used up a lot of draft capital in order to acquire point guard Jrue Holiday back in 2020, so that might be a roadblock in the pursuit of Bogdanovic.

The Bucks have some youngsters that might be of interest to the Pistons, including MarJon Beauchamp and Jordan Nwora. However, they would probably have to get a third team involved in a potential deal in order to fully meet Detroit’s demands.

It will be interesting to keep an eye on this situation as the Feb. 9 trade deadline gets closer. If Bogdanovic doesn’t get traded this season, he will surely see his name involved in plenty of rumors once the offseason begins.