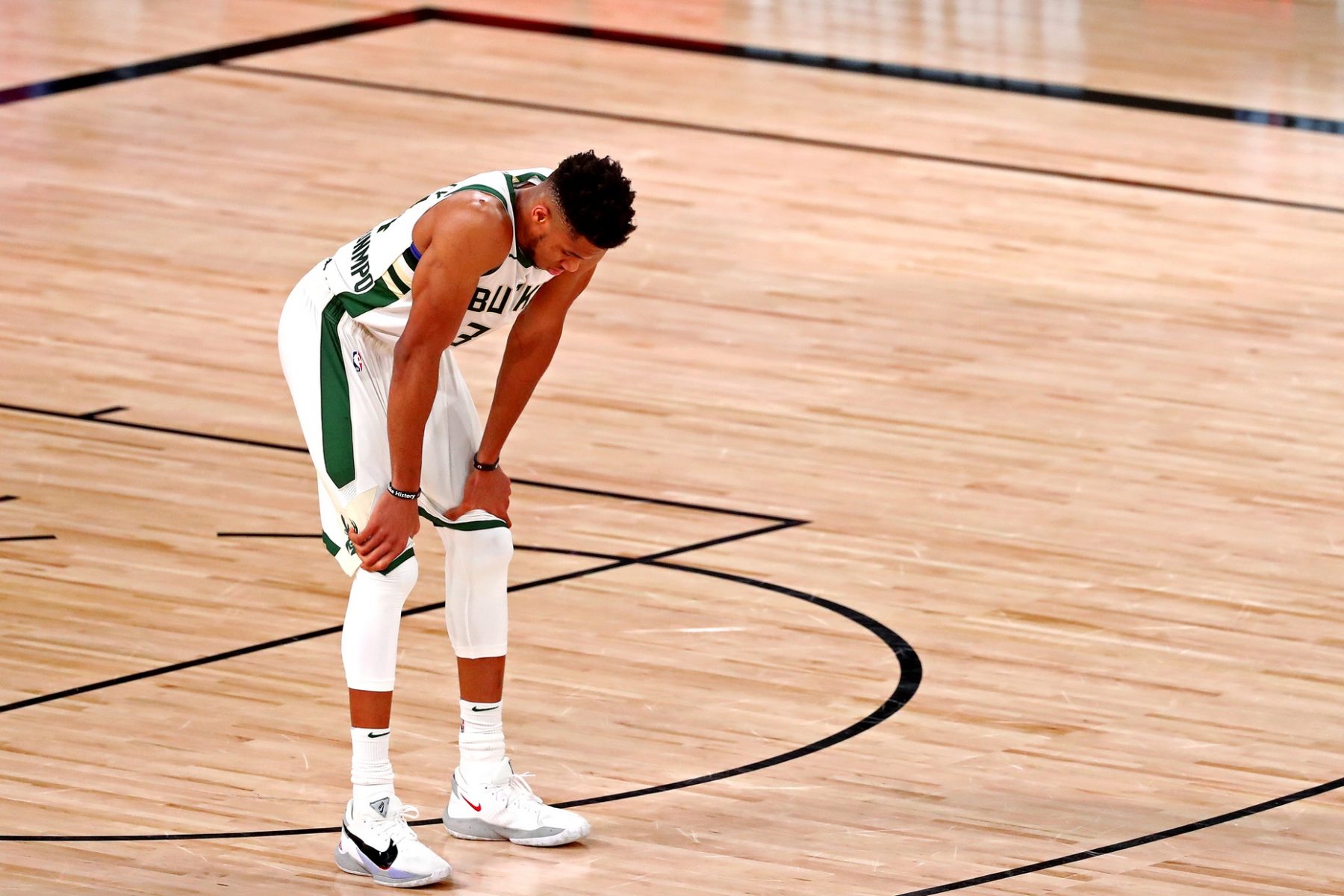 Milwaukee Bucks superstar Giannis Antetokounmpo was named the 2019-20 Defensive Player of the Year just a few days ago.

However, that title hasn’t helped his defensive reputation in the eyes of one All-Star player.

In fact, one unnamed All-Star went as far as to say that Antetokounmpo is not a lockdown defender and should not have won the coveted award.

An All-Star reportedly told @espn_macmahon that Giannis Antetokounmpo is "not a lockdown defender who shuts down other stars" and shouldn’t be DPOY pic.twitter.com/E3a1LVvrf0

From the report, it is impossible to tell who the unnamed All-Star actually is.

However, the defending MVP’s defensive performance in Game 1 of his team’s series against the Miami Heat seemed to back up the claim.

Despite owning the title as the league’s top defender, the Bucks big man did not guard Heat star Jimmy Butler in the final minutes of Monday’s showdown.

Butler scored 15 points in the final frame and contributed a career-high playoffs performance of 40 points.

Following the loss, Antetokounmpo appeared to be annoyed when a reporter asked him why he wasn’t defending Butler at the end of the game.

It will be interesting if these whispers light a fire underneath Antetokounmpo.

If fans see him defending Butler in Wednesday’s Game 2, it can be assumed that Antetokounmpo heard the message loud and clear.