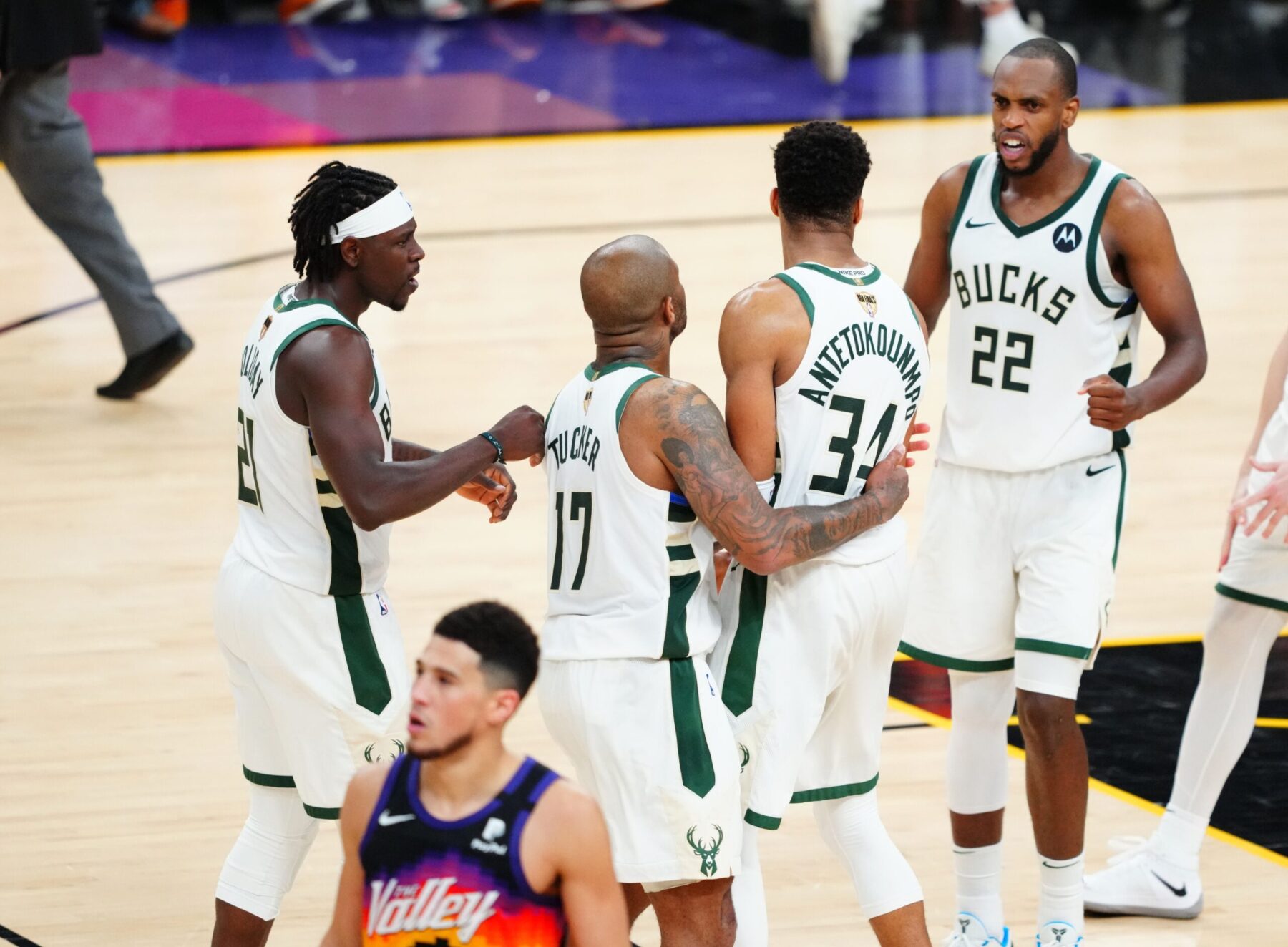 On Tuesday night, the Milwaukee Bucks won the NBA championship, and they did so by bucking the recent trend of superteams winning it all.

However, former NBA player Stephen Jackson said on Fox Sports 1’s “First Things First” that the Bucks themselves are a superteam.

"Giannis is on a Superteam. The Bucks have Jrue Holiday and a closer in Khris Middleton. … You have a Superteam — you might not have super names, but don’t diminish your teammates." — @DaTrillStak5 pic.twitter.com/v8tgggzMP2

Most observers seem to believe that to be a superteam, a squad has to have two superstars and a third All-Star, if not three superstars.

LeBron James seemed to start the trend a decade ago by joining Dwyane Wade and Chris Bosh in Miami. Together, they won back-to-back titles.

When James returned to the Cleveland Cavaliers, he had an ascendant Kyrie Irving and veteran All-Star Kevin Love by his side. Some would consider that Cavs squad a superteam as well.

Then in 2016, Kevin Durant went to a Golden State Warriors team that already boasted Stephen Curry and Klay Thompson and had won 73 games.

Durant is now playing in Brooklyn alongside Irving and James Harden.

Giannis Antetokounmpo may now be the best player in the world, but Khris Middleton and Jrue Holiday are far from superstars.

Still, the Bucks have a great team and have proven that small-market teams with fewer resources can win it all.