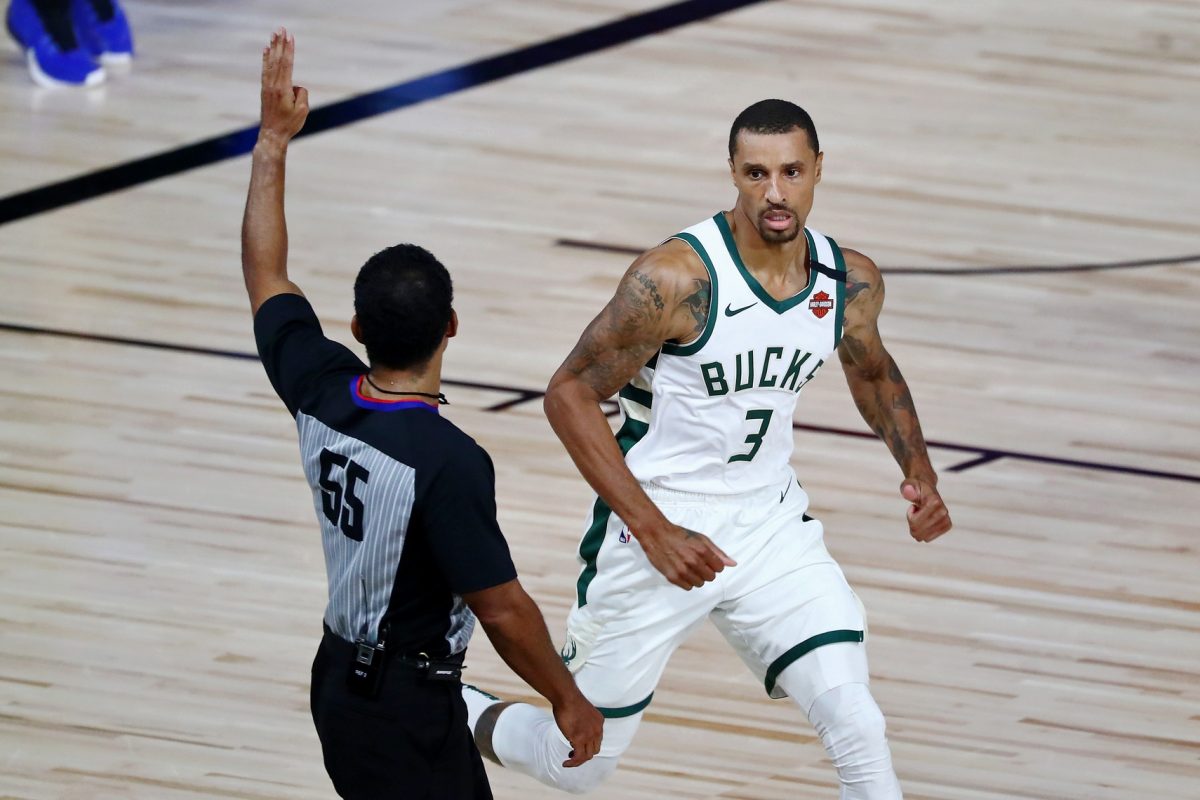 When the Milwaukee Bucks resumed their quest for the NBA championship on Saturday against the Orlando Magic, guard George Hill was not on the court during the playing of the national anthem.

When asked why after the game, Hill gave an unusual explanation.

"I take a sh!t every time before the game."

“Is there a specific reason you weren’t out in the arena during the national anthem?” Hill was asked.

“Okay,” answered Hill. “I take a s— every time before the game. I’ve been doing it for the last four years.”

This comes just three days after the Bucks led a boycott of several scheduled playoff games in response to the police shooting of Jacob Blake, so one may expect that it was a peaceful protest on Hill’s part.

It is worth pointing out that many athletes have rigid superstitions that they follow prior to and during games. Some may take the same route to their home arena, while some may insist on having the same exact pregame meal.

Boston Celtics legend Bill Russell would throw up prior to most contests, and it became as much a function of superstition as it was of emotion.

Even though Hill’s pregame routine may be even more repulsive than Russell’s, it’s hard to argue with the results, as the Bucks boast the best regular season record in the NBA for the second season in a row.