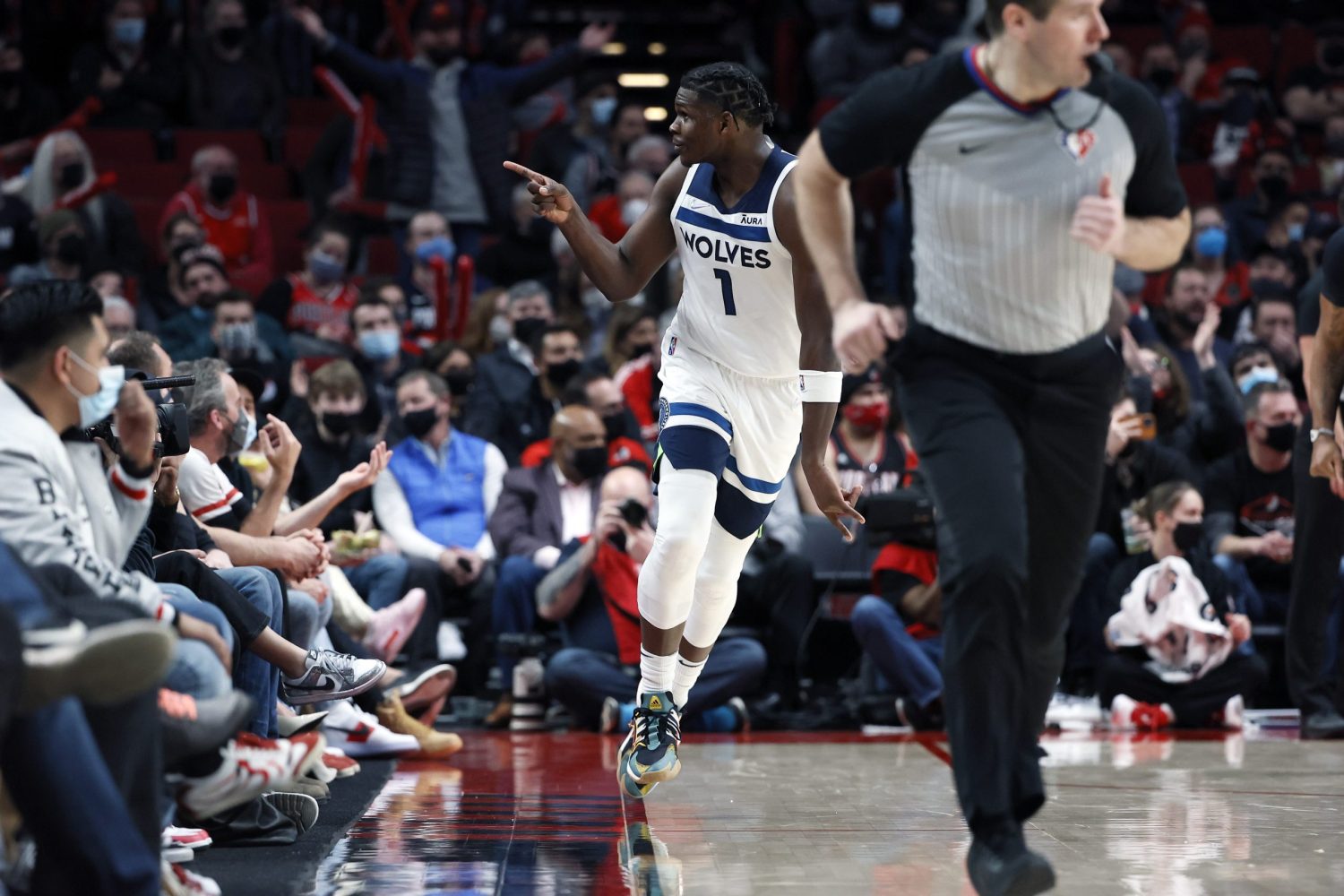 The Minnesota Timberwolves have a young star on their hands in Anthony Edwards.

The standout is only 20 years old, but he already has his sights set on a massive goal: next year’s MVP award.

Anthony Edwards on his potential to win MVP: "If it's not this year, it'll be next year, for sure. Yeah, I'm going for MVP next year."

Edwards was firmly in the Rookie of the Year mix after a strong showing in his first season at the NBA level, but the honor ultimately went to LaMelo Ball. Still, it’s hard to overlook the fact that Edwards averaged 19.3 points, 4.7 rebounds and 2.9 assists per game as a rookie.

However, one area where Edwards left something to be desired during his rookie campaign was his shooting efficiency, which is often the case with young players. While Edwards’ shooting clips certainly weren’t awful last season, there was a lot of room for improvement. This season, he has taken huge strides in that department.

On the whole this season, he’s averaging 22.7 points, 5.2 rebounds and 3.5 assists per game. He has turned in some epic performances, including a 40-point showing against the Portland Trail Blazers on Tuesday.

The future is extremely bright for Edwards, and the Timberwolves are undoubtedly happy to have him in their organization. Minnesota is 24-23 so far this season and has won four of its last five games. The team is hoping to snag a playoff bid in the West.