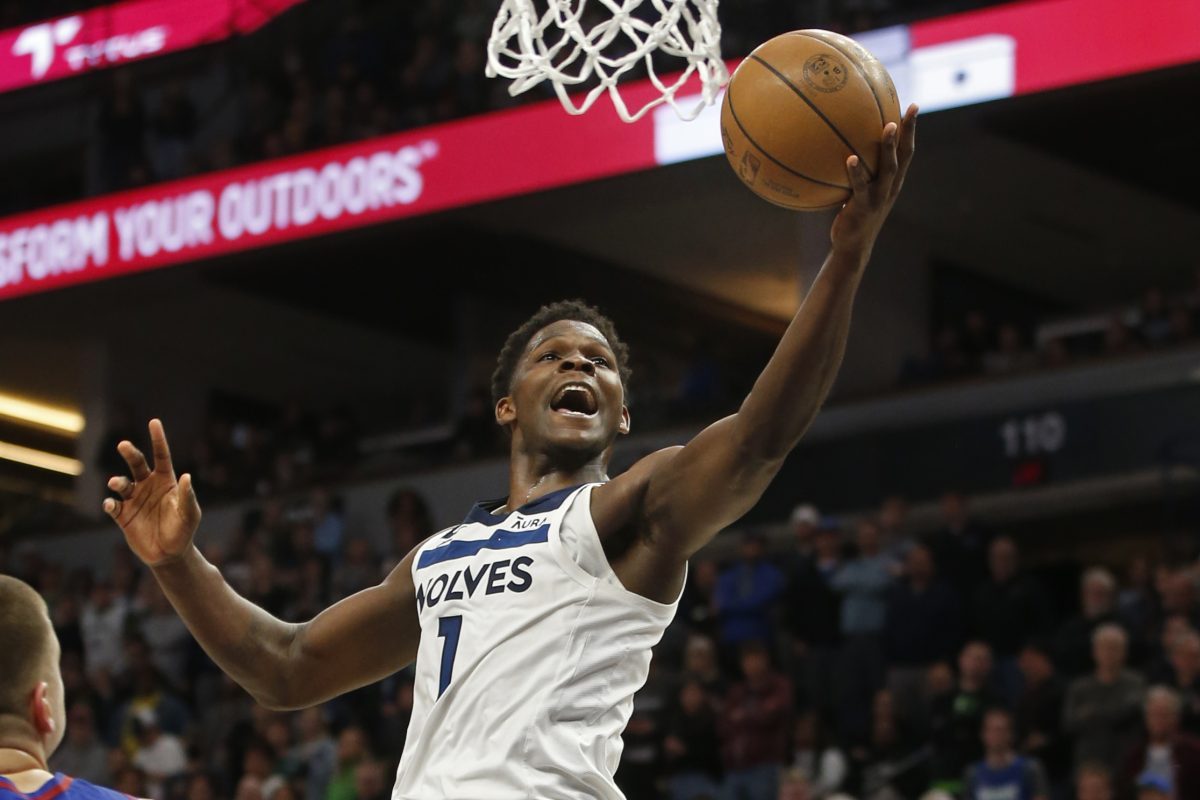 Over the 2022 NBA offseason, Minnesota Timberwolves star Anthony Edwards got into some hot water when he posted a video to social media talking about the LGBTQ community in a disparaging way.

Edwards was quickly criticized on social media, and he was then fined $40,000 by the NBA. Edwards also owned up to the situation and issued a mature statement about the mistake that he made.

What I said was immature, hurtful, and disrespectful, and I’m incredibly sorry. It’s unacceptable for me or anyone to use that language in such a hurtful way, there’s no excuse for it, at all. I was raised better than that!

Now, Edward is encouraging members of the LGBTQ community to come to the Timberwolves’ annual Pride Night game, which is set for Wednesday against the Portland Trail Blazers.

“Come support,” Edwards said. “You know, what I did is behind us. It’s all love. Just come support, man. Have fun at the game and I’m going to put on a show for you guys.”

According to Edwards himself, he’s working on some sort of project to use his platform to make a positive impact on the LGBTQ community. There isn’t a lot of information available on the matter yet, but Edwards said that it’s in the works.

“We got something going in Minnesota, me and my guys,” Edwards said. “We’re trying to figure it out, and the team is helping me also.”

It is clear that he has matured from the experience, which is a great sight to see.

Though the Timberwolves are surely glad that their young star is making strides at becoming a better man, they would also likely love to see him continue to take strides on the court. Edwards’ talent is undeniable, but his team hasn’t lived up to expectations this season.

Despite the blockbuster trade that sent Rudy Gobert to the Wolves this past offseason, the team hasn’t been able to get out of its own way in the 2022-23 campaign. Right now, the team is 17-21 on the season. Things haven’t been helped by the fact that star big man Karl-Anthony Towns is currently out with a calf strain.

Hopefully for Minnesota, Towns can come back and the Wolves can start winning in bunches. Though they currently sit at the No. 11 seed in the West, they are just 3.5 games back of the No. 6 seed.

The team is trying to build some momentum after recently snapping a six-game losing streak.