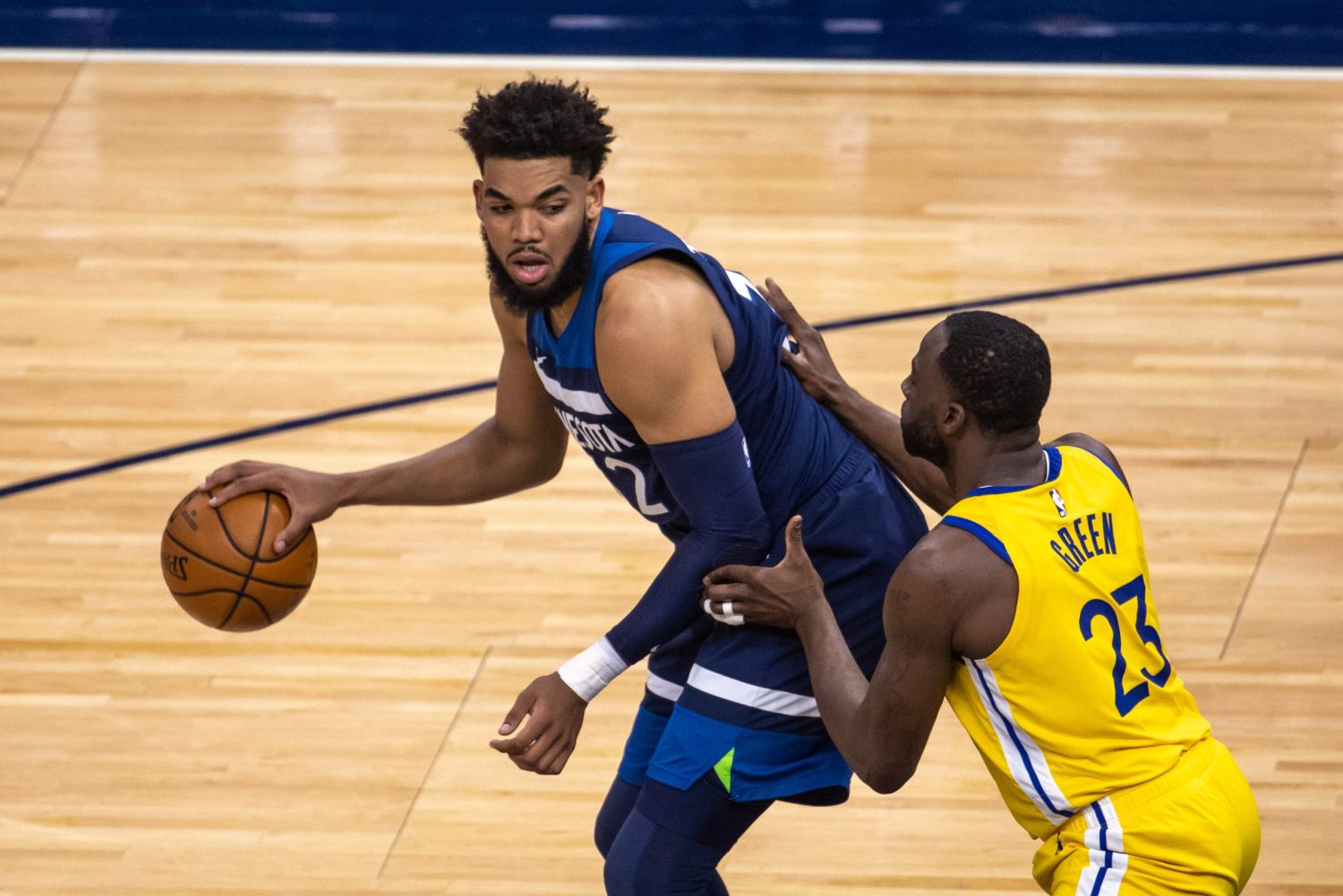 Towns and the Timberwolves are currently in a close first-round playoff series with the Memphis Grizzlies, as the Grizzlies lead the series 3-2 heading into Game 6.

The Wolves and Towns have blown a few leads in the series, and that’s led to some of their prior trash-talk blowing up in their faces.

Green believes that Towns should lay off the trash-talk altogether.

"At some point you probably should just be yourself"@Money23Green weighs in on KAT the trash talker pic.twitter.com/6BS3yDQmRu

“It seems to go wrong every time Karl Towns say something on the mic, or he tells people to shut up or wave,” Green said. “I mean, at some point you probably should just be yourself, because it just don’t – it hasn’t been going right for him when he does that.

“I’ve never known Karl Towns to be such a big talker. And this year, especially as of last few months, it’s been a lot of of that. And when you talk like that, you gotta back that up. And Memphis ain’t hearing it.”

Towns was named to his third All-Star team this season, but he hasn’t been as consistent in the postseason for the Timberwolves.

In the playoffs this season, Towns is averaging 22.6 points, 11.0 rebounds and 2.2 blocks per game while shooting 54.1 percent from the field and 52.6 percent from beyond the arc.

Those numbers are solid on the surface, but Towns scored just 15 points in Game 2 against the Grizzlies and eight points in Game 3. Minnesota went on to lose both contests.

If Towns can lead the Wolves back to win the series, he will have shown he can back up all the trash he has been talking to opponents this season.