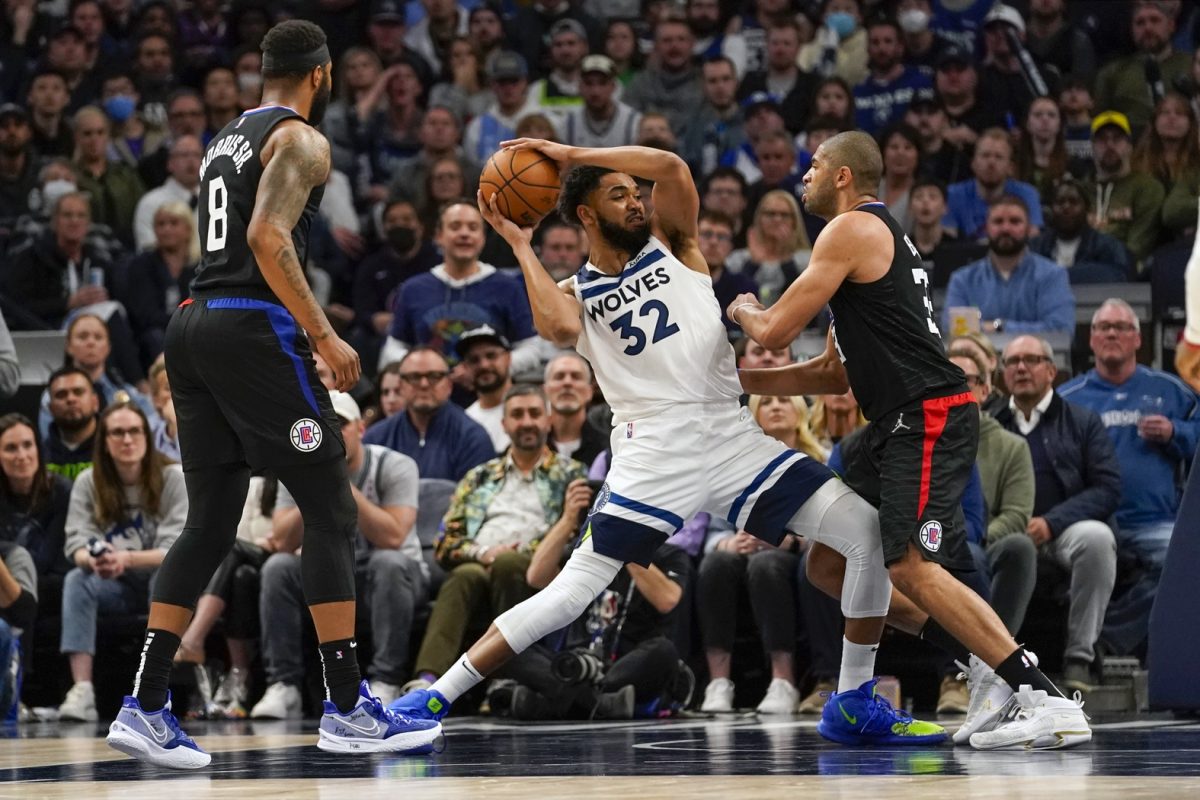 Minnesota Timberwolves center Karl-Anthony Towns is shaking off a rough game against the Los Angeles Clippers in the league’s play-in tournament.

Towns, who struggled in the win and eventually fouled out in the fourth quarter, expressed that the Clippers’ defense didn’t bother him. However, he did give Los Angeles credit for doing the “best job all year” of any team against him.

Karl-Anthony Towns on how the Clippers guarded him:
“It didn’t work. It doesn’t irritate me at all. Went home very happy. Shoutout to the Clippers, too. They’ve done the best job all year of anybody with how they want to get the job done on me. And it forced my hand with passing”

The Timberwolves were able to beat the Clippers on Tuesday night and earn the No. 7 seed in the Western Conference. They will face the Memphis Grizzlies in the first round of the playoffs.

While Towns said that the Clippers didn’t “irritate” him, he struggled mightily in the win. The three-time All-Star finished Tuesday’s game with just 11 points on 3-for-11 shooting from the field.

Towns also had four turnovers in the game. Los Angeles blitzed him with double teams all night to force him to give up the ball to his teammates.

While Towns struggled, the rest of the Timberwolves team stepped up in the win. Anthony Edwards scored 30 points on 10-of-21 shooting, and guard D’Angelo Russell scored 29 points and added six assists in the win.

There’s no doubt that the Timberwolves will need Towns to turn things around in the playoffs against the Grizzlies, as he’s been the team’s best player in the 2021-22 season.

During the regular season, Towns averaged 24.6 points, 9.8 rebounds and 3.6 assists per game while shooting 52.9 percent from the field and 41.0 percent from beyond the arc.

Towns will have to improve his approach if he faces another team that defends him like the Clippers, but the former No. 1 overall pick doesn’t seem too concerned heading into the postseason.