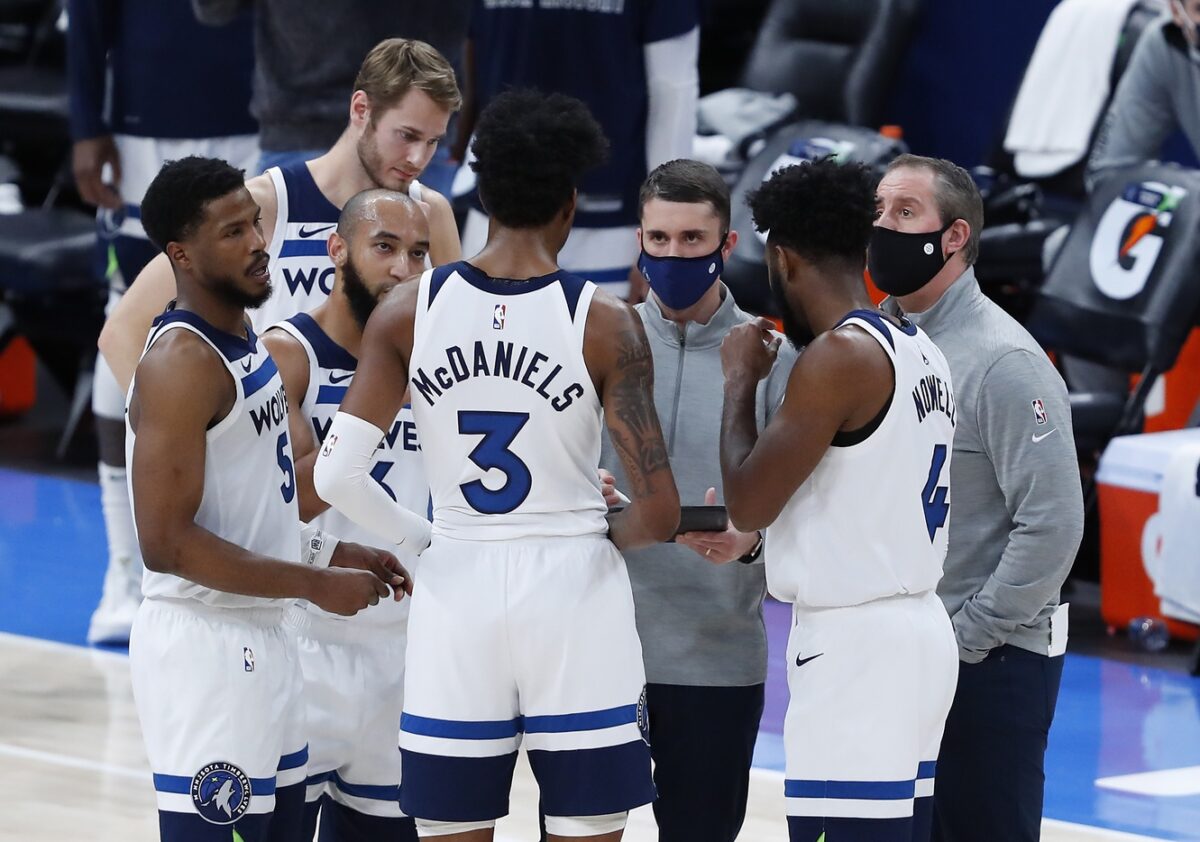 “Ryan Saunders and D'Angelo Russell did not see eye to eye. Ryan enjoyed coaching this roster more whenever Russell was out."

Saunders, son of the late Flip Saunders, took over as the head coach for the Timberwolves in the 2018-19 regular season.

Since then, he’s accumulated a 43-94 record. That 31.4 win percentage wasn’t enough for Minnesota, so the team has since hired former Toronto Raptors assistant coach Chris Finch.

The younger Saunders led the Timberwolves to a league-worst 7-24 before being let go.

Additionally, his lack of on-court connection with Russell may have played a role in the firing. It’s also possible Timberwolves star center Karl-Anthony Towns had a say in the decision.

"KAT and Russell as far as I know are still pretty darn close. Maybe the totality of that relationship is overstated but they are still really close. Maybe Russell was telling some stuff to KAT about Ryan and KAT began seeing the results too."

This season, Russell has only played four games alongside Towns and 20 games in total. Towns has missed a good portion of time as well, playing just 11 games.

Still, the two have been essential to the Timberwolves’ offense as they account for a combined 41.3 points per game. Additionally, Towns offers 11.2 rebounds per game on 51.5 percent from the field, 42.3 percent from three and 94.1 from the foul line.

It is yet to be determined if Finch will see eye to eye with Russell or if he will take a similar viewpoint to that of Saunders.