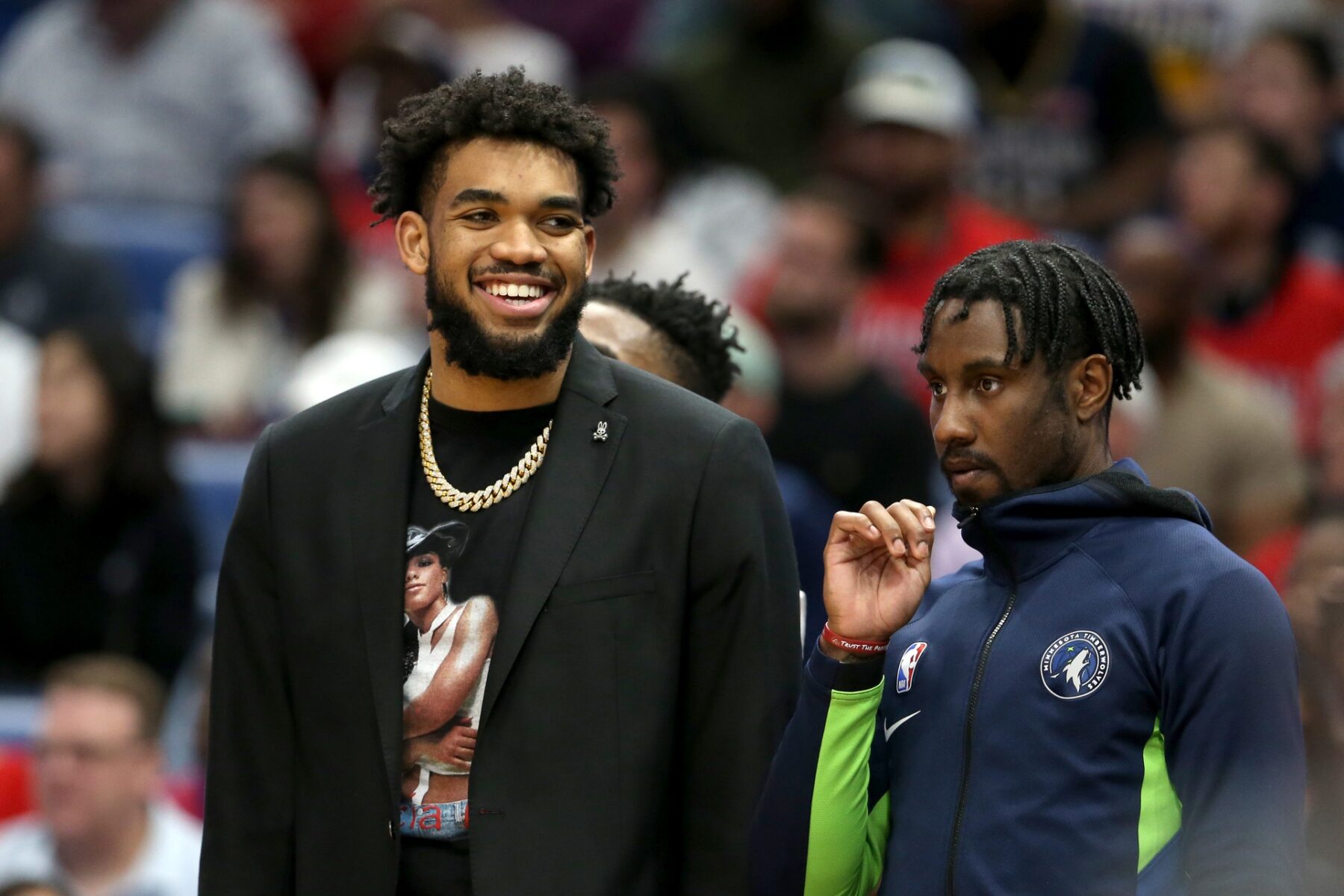 The Minnesota Timberwolves franchise is going through some changes. Along with the team being up for sale and winning the NBA Draft Lottery, Karl-Anthony Towns may be planning a future elsewhere.

A 'really good player' that is friends with Karl-Anthony Towns told an agent that KAT is "as good as gone"
👀, per @DWolfsonKSTP

“So I’m in Southern California the other day,” an agent told Darren Wolfson. “I run into somebody that knows Karl-Anthony Towns incredibly well. Let’s just say a really good player that knows KAT really, really well.”

“This player told me,” said Wolfson. “‘This is a player I’ve known for a long time.’ This is the agent talking. The agent said this player told him that KAT is as good as gone.”

The timing of this rumor is interesting. The Timberwolves were able to bring in one of Towns’ closest friends in the NBA in D’Angelo Russell before the trade deadline in February. Russell and Towns didn’t have much time to play together, but it seemed like a move to keep the talented big man happy in Minnesota for the foreseeable future.

Along with Towns playing alongside a close friend, the Timberwolves possess the top pick in the upcoming 2020 NBA Draft. Minnesota could keep the pick and bring in the most talented prospect or trade the No. 1 pick to land a proven veteran.

As if that situation hasn’t improved enough for Towns, the team will likely have new ownership by the time next season gets underway or in the near future. All signs point to a fresh start for Towns and the franchise, but he might have his mind set on moving on if this rumor turns out to be true.