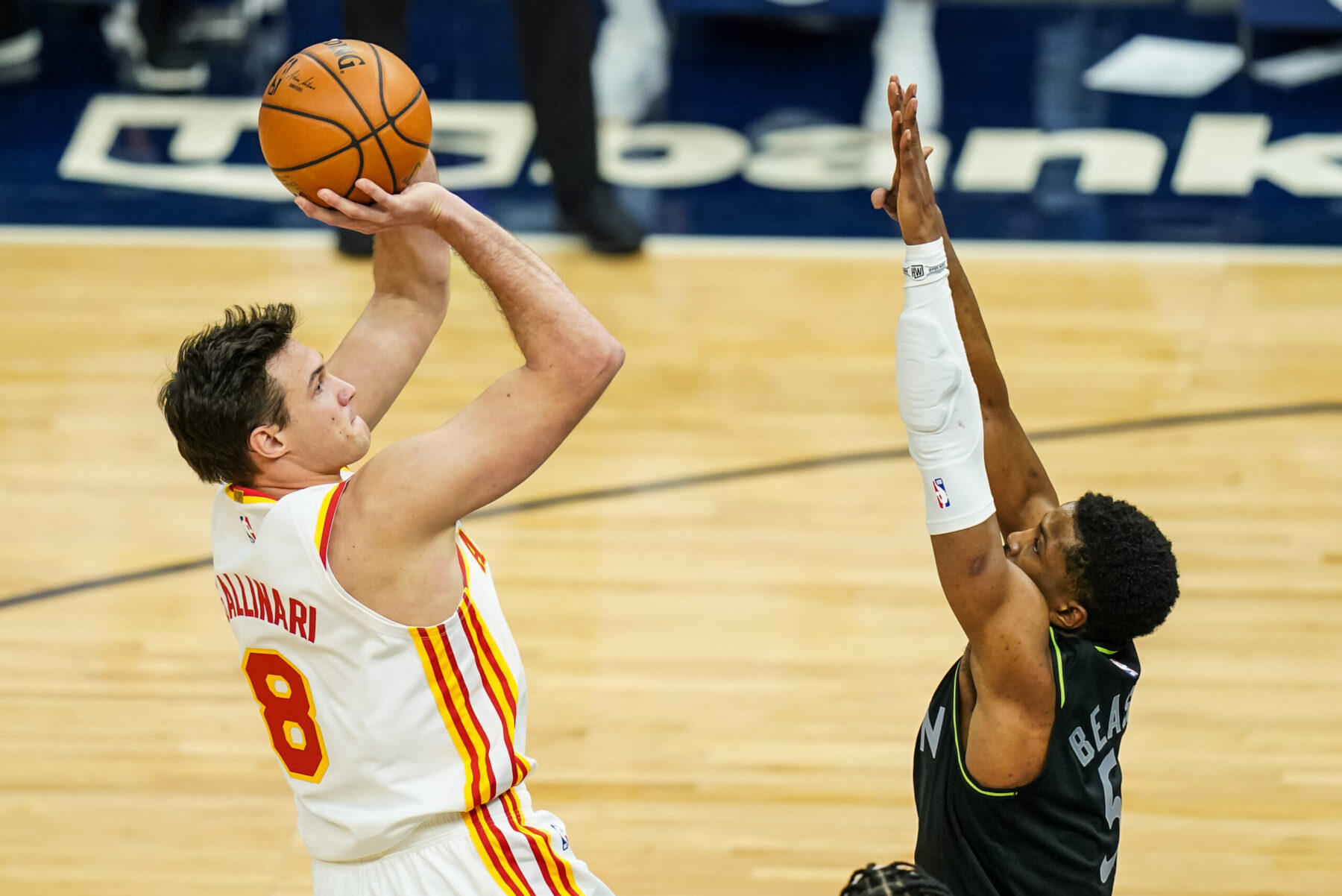 According to a recent report, the Minnesota Timberwolves are interested in Atlanta Hawks forward Danilo Gallinari and have inquired about a potential trade.

Minnesota Timberwolves have real interest in Danilo Gallinari & have inquired about his availability recently, I’m hearing.

Gallinari, 32, has been around the block in the NBA. He has been with four different teams in the past five seasons, and the 2020-21 campaign was his first with the Hawks. He is under contract for two more years.

This past season, Gallinari averaged 13.3 points, 4.1 rebounds and 1.5 assists per game while shooting 43.4 percent from the field and 40.6 percent from deep. He spent most of his time at the power forward position.

The 6-foot-10 big man has always been a great 3-point shooter. His overall offensive production seemed to dwindle slightly during the 2020-21 season compared to that of previous years, but his efficient shooting clips remained impressive.

Big man Jarred Vanderbilt is among the group of players the Timberwolves could lose to free agency, so Gallinari would be a nice addition in the frontcourt.

Minnesota is coming off of a 23-49 season and is looking to build a core around some of its young talent.