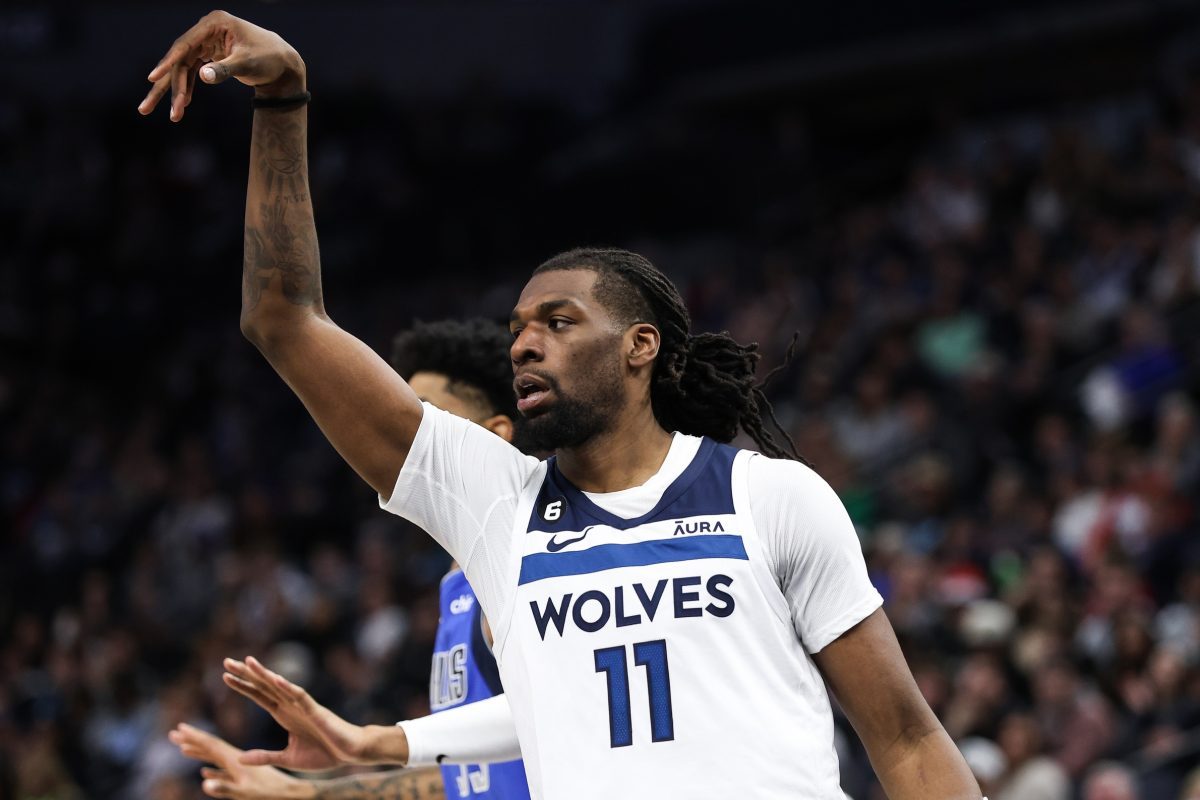 Naz Reid’s contract with the Minnesota Timberwolves will expire at the end of this season.

If the organization wants to prevent the fourth-year pro from entering unrestricted free agency, it can offer him a contract extension. But it appears that the Wolves aren’t close to getting that done, according to NBA insider Darren Wolfson.

“Nothing close on the Wolves’ desire to sign Naz Reid and Jaylen Nowell to extensions at this point,” Wolfson said. “Both guys will hit the unrestricted free agency market in July.”

Minnesota seems invested in its frontcourt duo of Karl-Anthony Towns and Rudy Gobert. As a center, Reid’s ceiling with the Wolves will likely be limited as long as the team keeps the Towns-Gobert pairing intact.

Even though the undrafted center out of Louisiana State University has played solidly for Minnesota since joining the team, he may look for other opportunities this summer and perhaps try to find a bigger role somewhere else.

It’s still unclear how much money the 6-foot-9 pro would command in free agency or how many teams would be interested in him. Some teams that need a big body may consider adding him if he does become a free agent.

Through his first four seasons in the NBA, Reid has maintained per-36 averages of 20.2 points, 9.0 rebounds and 1.9 blocks. Clearly, he has the potential to be a very productive player if given enough playing time.

In the 2022-23 campaign, he has also proven to be capable of handling a starting role. In four games as a starter this season, Reid has posted 20.3 points and 8.0 boards per match on a 55.9 percent shooting clip.

Only time will tell if the Wolves opt to retain the 23-year-old’s services beyond this season or let him test the market in the offseason.

Regardless, they are likely more focused on making it back to the playoffs at the moment. Currently, Minnesota has a record of 22-22, good for seventh in the Western Conference. The team has played well lately, winning six of its last seven games to get back to .500 on the season.