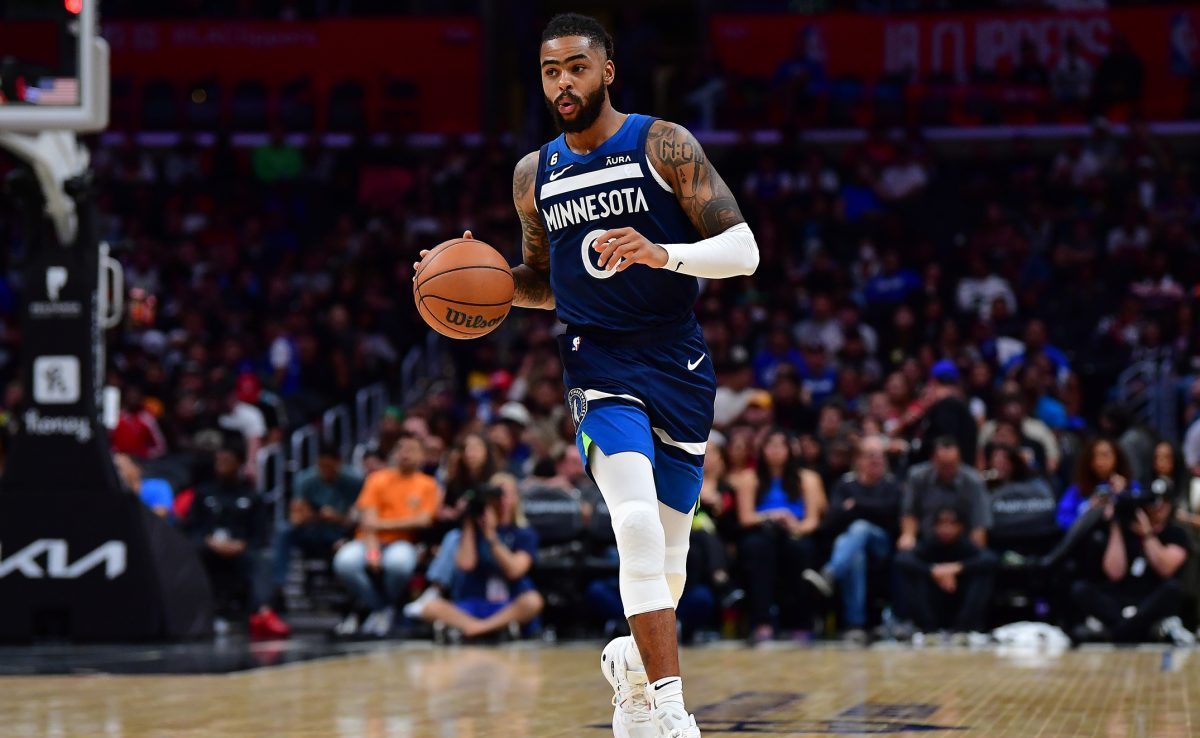 Former lottery pick D’Angelo Russell is entering the eighth season of his NBA career and has been with the Minnesota Timberwolves since February of 2020.

The 26-year-old is only under contract through the 2022-23 season, and he’s set to hit free agency in the 2023 offseason. Notably, it doesn’t sound like the Timberwolves are interested in extending him.

NBA insiders Brian Windhorst and Darren Wolfson talked about the matter during a recent podcast episode.

“I have not heard any discussion of him getting an extension,” Windhorst said.

“Well, I think (Russell’s) representation has reached out to the Wolves, but it doesn’t seem like it’s being reciprocated,” Wolfson said.

Last season, Russell averaged 18.1 points, 3.3 rebounds and 7.1 assists per game for Minnesota while shooting 41.1 percent from the field and 34.0 percent from beyond the arc.

The Timberwolves made the playoffs, but Russell struggled in the team’s lone series. He averaged just 12.0 points per contest in six playoff games and was inefficient in the process, shooting 33.3 percent from the field.

The Ohio State University product earned an All-Star selection back in the 2018-19 season when he was with the Brooklyn Nets. In that season, he averaged an impressive 21.1 points and 7.0 assists per game.

Moreover, the guard hasn’t shot better than 43.4 percent from the field in any season in his career so far.

Still, he has been an important player for the Timberwolves, and he’s going to be a key piece for the team in the 2022-23 campaign. Minnesota has a very talented core, and it would be a major accomplishment for the squad to make the playoffs for the second season in a row.

But as far as Russell’s long-term future with the organization is concerned, it sounds like nothing is guaranteed. Time will tell if the Kentucky native finds himself with the Timberwolves beyond the 2022-23 campaign.

Minnesota’s season will begin in just a few days, as the team will take on the Oklahoma City Thunder on Oct. 19 at home.