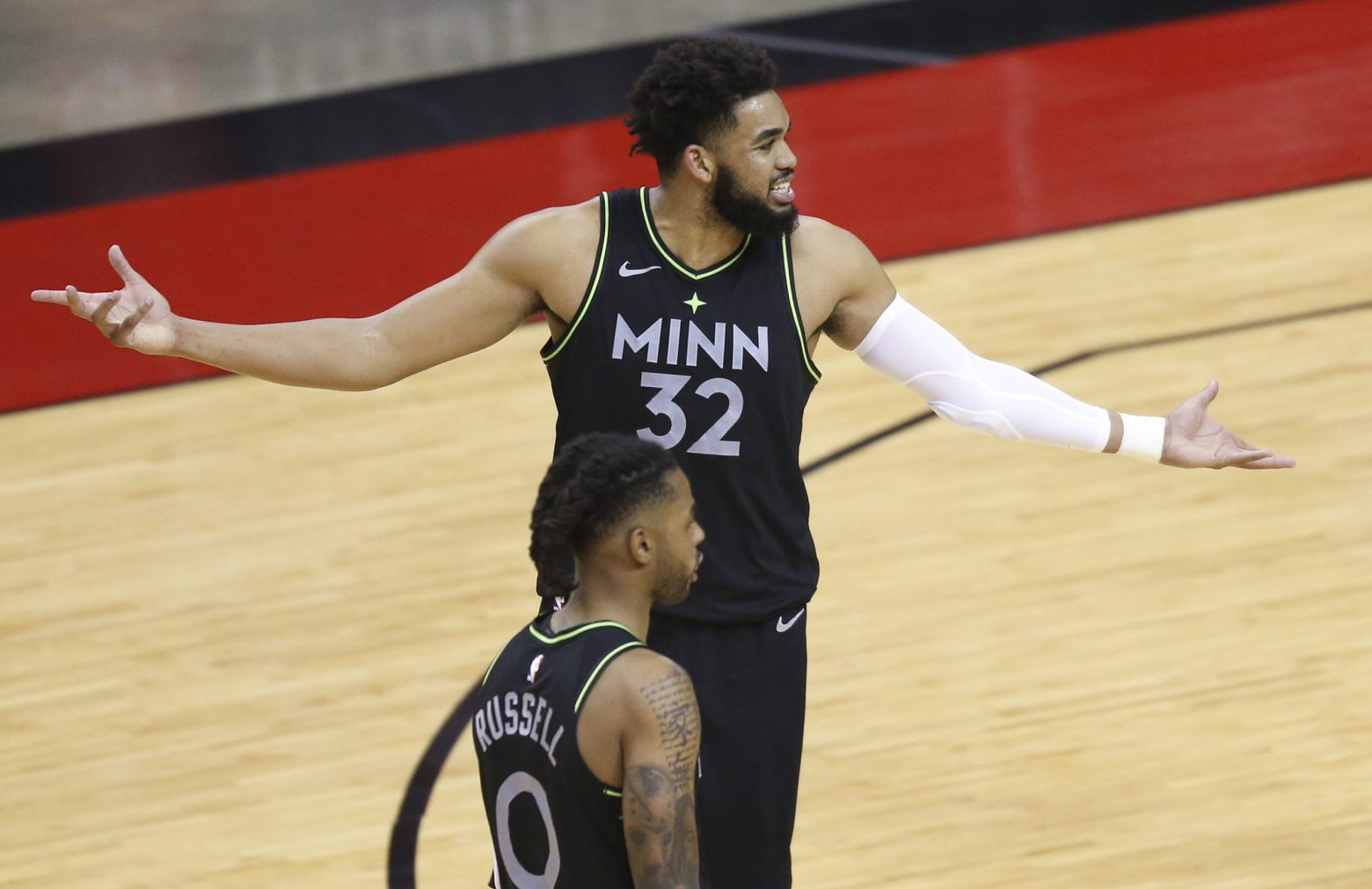 According to a report, Minnesota Timberwolves superstar Karl-Anthony Towns has not requested a trade from the team despite some speculation from fans.

Could a Karl-Anthony Towns trade request be the next shoe to drop in Minnesota?

“Karl-Anthony Towns has weathered a lot of drama in his six years here,” Jon Krawczynski of The Athletic said during a radio appearance. “The Jimmy Butler situation. He’s had a bunch of guys who have been president of basketball operations. He’s had a bunch of head coaches. There’s just been so much turmoil and tumult around him. You’ve seen stars ask out in other places and you say ‘Do you really need to go that far? Is that really necessary?’

“I think if he fired that bullet, I don’t think many people would disagree. It’s been a mess here.

“Now so far, there’s no indications that he’s ready to go that route. I know the team has engaged directly with him and his representation over the last 24 hours to really try. … They’ve engaged with every player to try to send a new message and get everyone on board and let them know what they’re thinking and doing.”

Many NBA fans began questioning Towns’ desire to remain with the organization after he seemingly posted an angry tweet in the aftermath of the Gersson Rosas firing.

Fortunately for Timberwolves fans, it doesn’t sound like the big man wants his time with the organization to come to an end.

The Timberwolves have made the playoffs just once during Towns’ time with the team, and the organization is surely hoping to change that in the near future.

Time will tell if Minnesota challenges for a playoff bid in the 2021-22 NBA season.