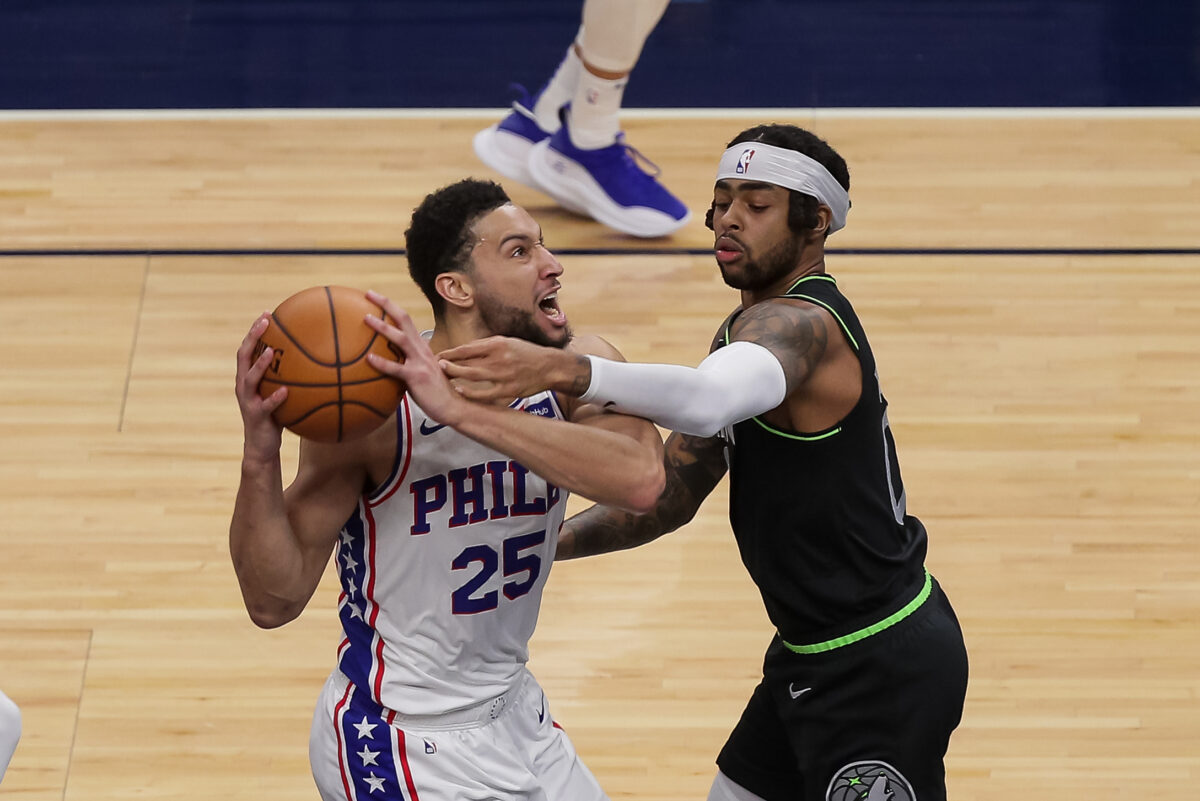 How badly do the #Timberwolves want to trade for Ben Simmons?

“My text was, ‘How badly do the Wolves want to trade for Ben Simmons,'” sports reporter Darren Wolfson said during a recent podcast appearance.

“This individual sent me a text back. It was one word: ‘badly.’ Make no mistake, the Wolves have trade interest in Ben Simmons.”

The Timberwolves are in the latter stages of their rebuild and adding Simmons could prove to be a pivotal move in getting them over the top. However, it would be very interesting to see if Minnesota could trade for the 24-year-old without disbanding its trio of young stars in Karl-Anthony Towns, D’Angelo Russell and Anthony Edwards.

Simmons and the 76ers are entering an offseason that will presumably be very turbulent.

Simmons’ upside is very well-documented. He is a guard with size who is a triple-double threat and an elite defender, but his weaknesses are starting to emerge as legitimate issues.

The three-time All-Star still hasn’t developed a jump shot, and he is coming off of a 2021 postseason in which he shot just 34.2 percent on free throws.

There have been reports that the 76ers are reluctant to break up their duo of Joel Embiid and Simmons, but the consensus among most fans is that Simmons is likely on his way out.

Philadelphia was eliminated in the second round of the 2021 NBA Playoffs by the Atlanta Hawks.