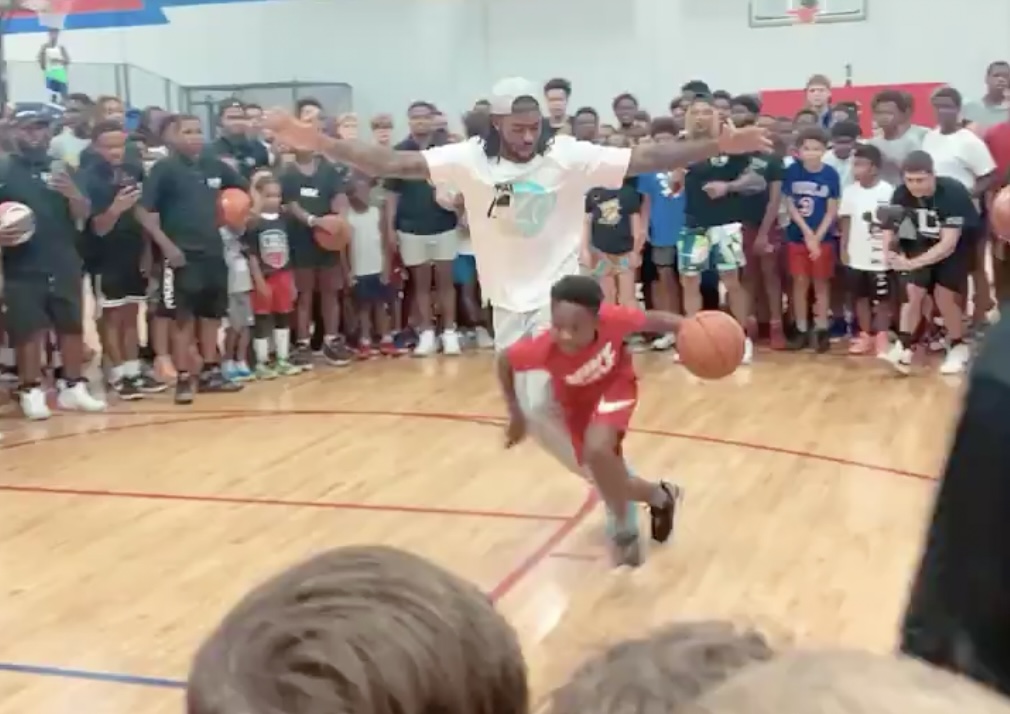 The former No. 2 overall pick showed no mercy on a block of a young camper while playing him in a one-on-one matchup.

Camp DLo starting off with a bang💥… @Dloading 🤣🤣🤣. Can’t wait to see the campers again the rest of the week!! pic.twitter.com/7FlBcQmnu2

Russell not only blocked the shot, but he stared the camper down as well as lead the rest of the camp to erupt in a frenzy.

It’s nice to see players give back to the younger generation during the offseason and help them hone their craft.

Russell is coming off an injury-plagued 2020-21 campaign that saw him appear in just 42 games.

Still, the one-time All-Star had a solid season. He averaged 19.0 points, 2.6 rebounds and 5.8 assists per game while shooting 43.1 percent from the field and 38.7 percent from 3-point range.

Russell and the Timberwolves will try to improve on their dismal 23-49 record from this season in the 2021-22 campaign.