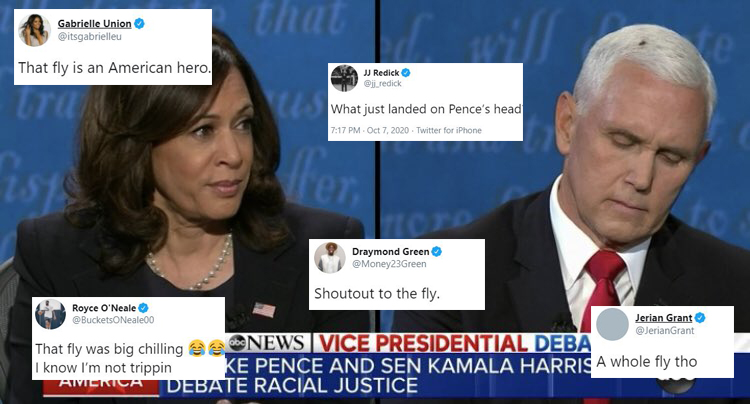 At one point, a fly landed on Pence’s head, which caused some in the NBA community to go crazy on social media.

What just landed on Pence’s head?

That fly is an American hero.

Shoutout to the fly.

That a fly on Pence's head??

That fly was big chilling 😂😂😂
I know I’m not trippin

There is plenty at stake in this election that NBA players have been vocal about.

Ever since the 2019-20 season resumed in Orlando, Fla., a number of players have spoken out about the need for social justice, especially in the wake of several shootings and killings of African-Americans.

Voter suppression of people of color is another issue that players have not only spoken out about but also taken action on.

LeBron James, in particular, is attempting to increase voter turnout among Black individuals by running his “More Than a Vote” initiative.