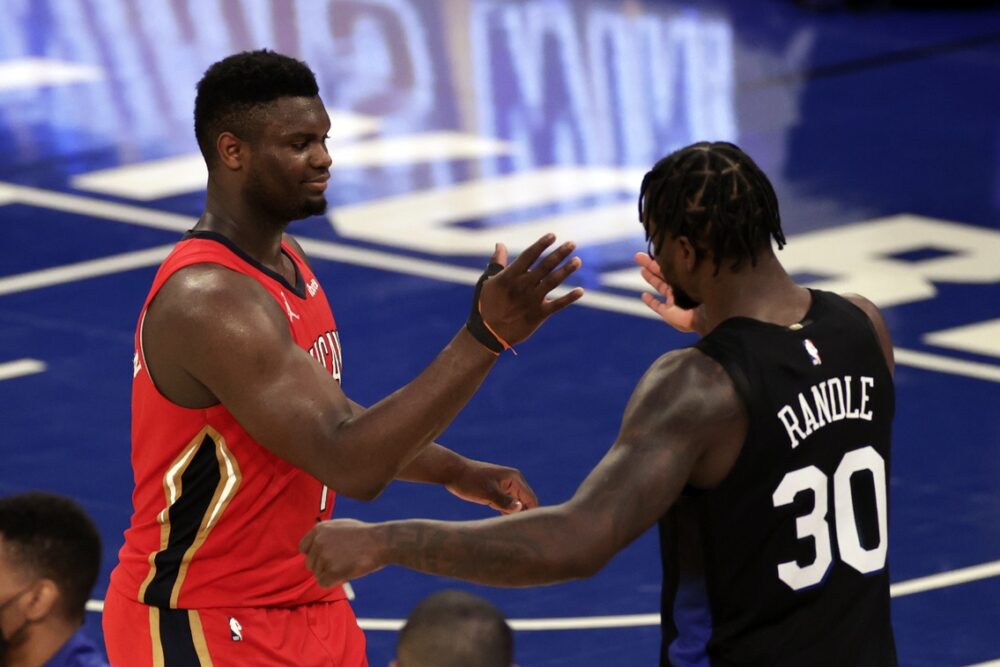 "This is probably the inevitable. I don't see Zion ending his career in New Orleans. Enjoy it while you have it" – @Matt_Barnes22 👀#NBA #NBATwitter #TheJump #NewYorkForever #WontBowDown https://t.co/kzIBG1sO3c

The youngster has blossomed in his second year in the league. He’s putting up a career-high 26.8 points, 7.2 boards and 3.7 assists per game this season.

While Williamson seems extremely loyal to the Pelicans, he wouldn’t be the first superstar to change his tune over the course of his career.

In fact, the Pelicans notoriously felt the public shame of veteran Anthony Davis demanding a trade from the organization in 2019.

He ended up getting shipped to the Los Angeles Lakers, one of the most notable markets in the league.

The Pelicans hold a 25-32 record and are the No. 11 seed in the Western Conference this season. If the team doesn’t turn up its success in the near future, it will feel more pressure to make moves to keep Williamson happy.