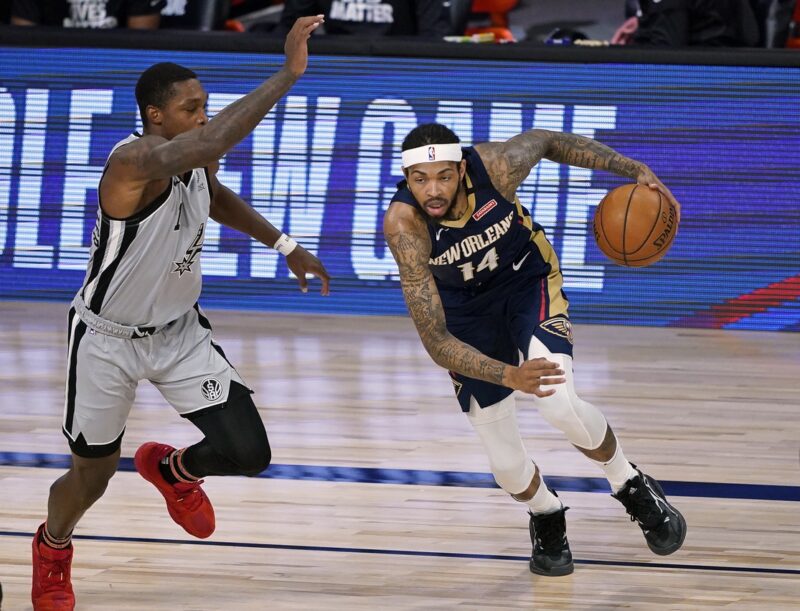 Now, Will Guillory of the The Athletic is reporting that Ingram is expected to receive a huge contract from the Pelicans very soon.

“As far as BI goes, I mean I heard basically throughout the entire year that it was just a matter of time before they gave him his big contract,” Guillory said on The Pure Hoops Podcast. “I think they feel really good about his fit with this team and the growth he showed last year. As a shooter, as the guy who was willing to take on the responsibility of being that No. 1 scorer, the guy who has that kind of burden every night, I think they love his fit next to Zion [Williamson]. So I think he’s going to get a huge contract. And they’re going to take care of that really quickly.”

Ingram, 23, had the best season of his career this past year.

The youngster averaged 23.8 points, 6.1 rebounds and 4.2 assists per game during the 2019-20 season. Ingram made the All-Star team for the first time in his career.

The Pelicans acquired Ingram, along with several other pieces, from the Los Angeles Lakers for Anthony Davis back in the summer of 2019.

Of course, the Lakers won the 2020 NBA championship. However, the future looks bright for the Pelicans as well.

Locking up Ingram will be a huge factor in securing a nice pathway for the decade. The Pelicans recently named Stan Van Gundy their head coach.