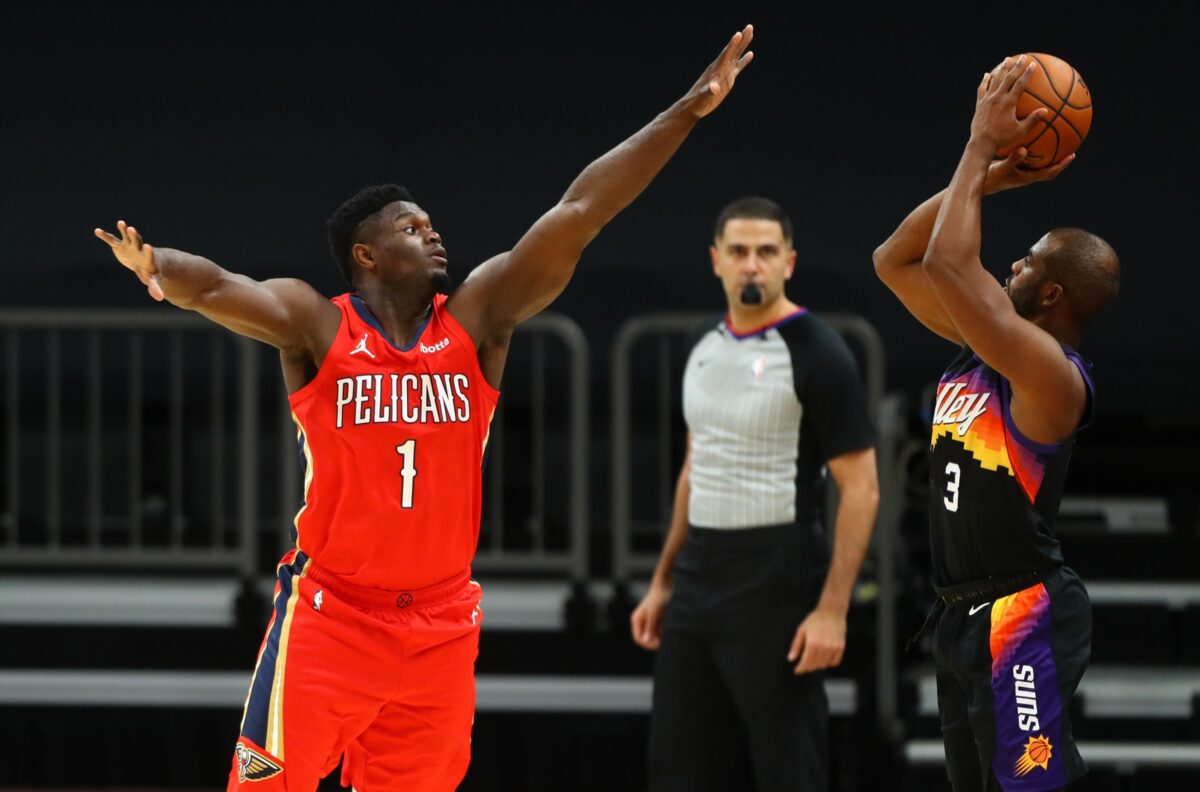 According to a recent report, the New Orleans Pelicans made a push to try to steal Chris Paul away from the Phoenix Suns.

“According to multiple sources with knowledge of the situation, the New Orleans Pelicans did have their sights set on prying Paul away from Phoenix,” wrote Jake Fischer of Bleacher Report. “And there was a period this past week in which league personnel widely discussed the possibility of Paul playing elsewhere. Suns governor Robert Sarver, after all, appeared Wednesday on Arizona Sports’ Burns & Gambo and said, ‘[Paul’s] got a decision to make and a business decision and a family decision and all that kind of stuff.’

“The Pelicans even attempted to acquire Paul in a trade prior to last season, sources said. Head coach Willie Green was just hired away from the Suns, and Green is known to hold a close relationship with Paul. The All-Star actually lobbied Houston management to bring Green on board as an assistant during Paul’s tenure with the [Houston] Rockets, sources told B/R.”

It sounds like Paul has been high on the Pelicans’ wish list for a long time. That doesn’t come as a major surprise, as Paul has established a legacy for turning struggling organizations around. New Orleans could use a player with that ability.

Paul was an integral part of the Suns’ run to the 2021 NBA Finals. He put together one of the most impressive seasons of his career despite his age, averaging 16.4 points, 4.5 rebounds and 8.9 assists per game.

Paul topped off his impressive campaign with a strong showing in the postseason, but the Suns’ title hopes ultimately came to an end at the hands of the Milwaukee Bucks in the NBA Finals.

If Paul does return to Phoenix for the 2021-22 season and beyond, the Suns will likely be title contenders for several years. It would presumably take a massive effort from a different organization to pry him away from Phoenix.