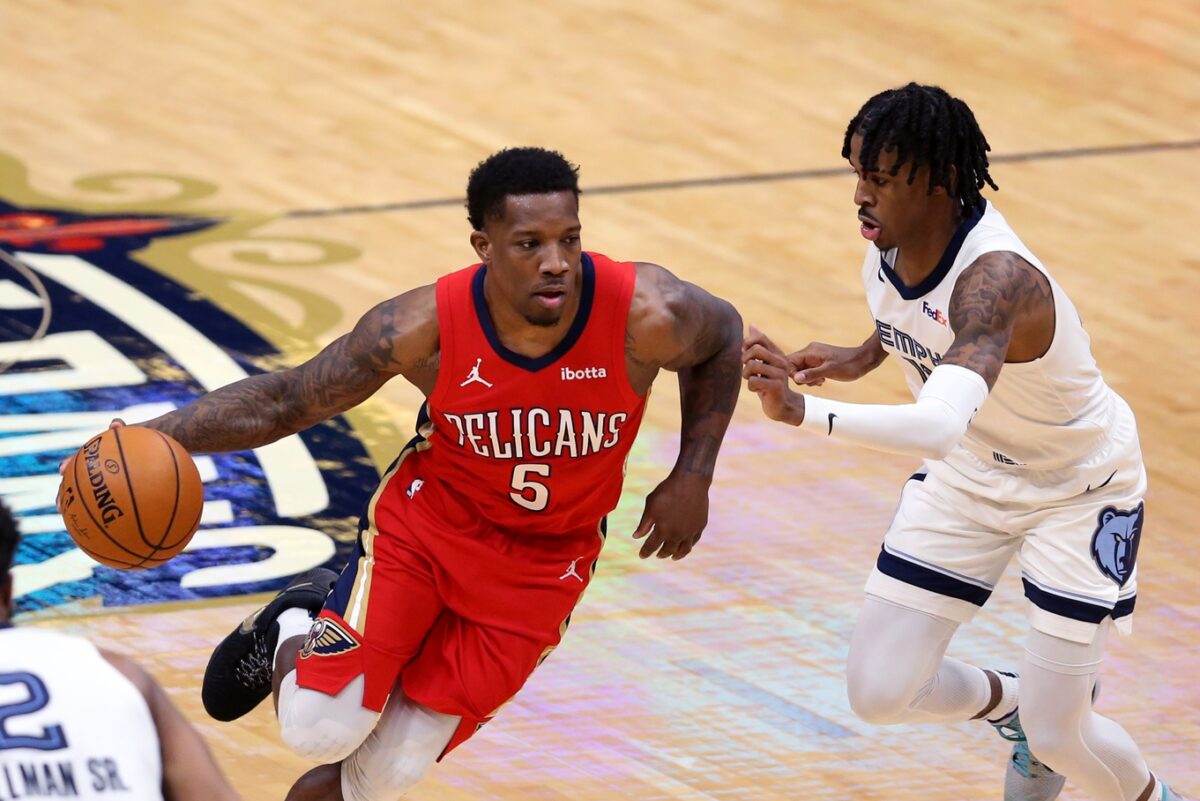 New Orleans is looking to find players that fit with young star Zion Williamson, but it is also looking to trade players on expiring deals like Redick and Ball.

“New Orleans appears willing to wait and assess before committing to any player’s long-term status alongside Williamson, and that is also why Ball’s name, in particular, has been widely discussed in preliminary trade conversations this winter,” Bleacher Report’s Jake Fischer wrote. “You’d be hard-pressed to find a team New Orleans hasn’t phoned to gauge interest in Ball, JJ Redick and Eric Bledsoe. ‘They’ve been calling, and where there’s smoke, there’s fire,’ said one assistant general manager.”

While Ball is a restricted free agent at the end of the 2020-21 season, he may not have a future with the Pelicans after they drafted point guard Kira Lewis Jr. in the first round of the 2020 NBA Draft.

Ball is averaging 14.5 points and 5.1 assists per game this season, but the Pelicans have a logjam at point guard with him, Lewis Jr. and Bledsoe.

Bledsoe was acquired in the Jrue Holiday deal this past offseason and has two more seasons remaining on his deal.

His contract may be hard to move, but if New Orleans can package him with a young asset, it may have a better chance of finding a suitor.

As for Redick, he is in the final year of his deal and will be an unrestricted free agent. Redick could help a contender that needs perimeter shooting, but it seems New Orleans hasn’t found a deal that it likes yet for the veteran.

The Pelicans are currently 14-19 and are the No. 11 seed in the Western Conference.

It will be interesting to see if they are sellers at the deadline, or if the Pels decide to stand pat for a potential playoff push.